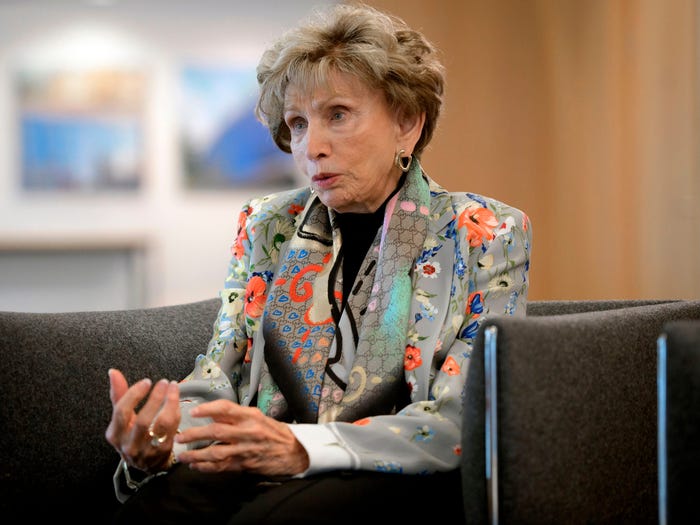 In 1944, 14-year-old Edith Eger was just trying to survive. Eger and her entire family, who came from Hungary and were Jewish, were being held in the Auschwitz concentration camp.

A year later, after her parents had been killed, Eger and her sister were found by an American soldier among a pile of dead bodies in Austria.

Eger, now 90, went on to get married, move to the United States, and complete a doctoral degree in psychology.

In her latest book "The Choice: Embrace the Impossible," Eger shares the lessons she's learned coping with survivor's guilt and post-traumatic stress disorder, and how working through these issues brought her a newfound sense of personal freedom.

Eger told Insider her top three tips for coping with grief and growing from it.

When someone experiences grief due to a lost loved one, irreparable relationship, or other difficult event, it's normal to wonder when the all-consuming feeling will end.

But according to Eger, embracing tough emotions like anger and sadness is necessary if you want to move on in a healthy way because "there is no forgiveness without rage."

"You've got to go through rage, but don't get stuck in it," Eger told Insider.

She said expressing these emotions through action, rather than bottling them up inside, is the best way to process your grief.

"The opposite of depression is expression, so go for a walk to the beach and kick the sand and scream it out. And cry," Eger said.

Speak to your inner child

Next, Eger suggested honoring your relationship with yourself through positive self-talk.

She suggested thinking of your inner child or a younger version of yourself, and talking to that person as if you're their supportive parent.

"I think it's important when you get up in the morning to really look in the mirror and acknowledge you as the most beautiful child that will never ever be replaced with anyone," Eger said.

This advice also works when you need to give yourself tough love, according to Eger. If you notice you're falling back on promises you made to yourself or engaging in self-destructive habits, you can remind yourself you're in control of your future and make necessary lifestyle changes to feel better about yourself, she said.

After processing grief, taking inventory of your habits and relationships can help you move forward, Eger said, "because the only one you can change is you."

She suggested evaluating your goals, routines, the people in your life, and how you interact with them and then ask yourself, "How is this working for? Is this the best I can do?"

In her own life, Eger said she let go of perfectionism and people-pleasing.

If you're unsure where to start, Eger suggested thinking about what activities and which people in your life make you feel "well-connected," and striking a balance between work, love, and play.