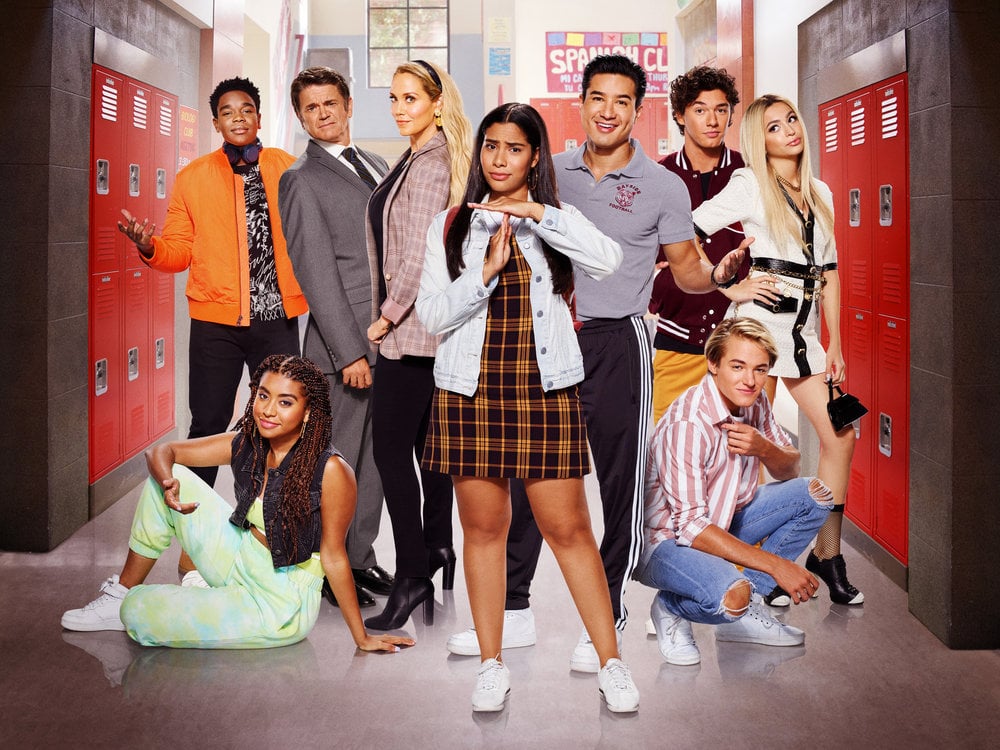 It wouldn’t be Saved by the Bell without a few members of the original group, right? Even the show’s spinoff Saved by the Bell: The New Class featured Screech in a main role, so we’re thrilled that not only are Jessie, Slater, Zack, and Kelly back, their actors were able to give the new generation a few tips and tricks. Ahead of the reboot’s premiere on Peacock Nov. 25, the new cast told E! all about how the original Saved by the Bell actors made them feel like part of the Bayside family. “It was supercool meeting the original cast,” said Belmont Cameli, who play’s Jessie’s son Jamie. “[Elizabeth] been so fantastic. Mario just the same. They did a phenomenal job with helping us get acquainted with Bayside.”

Haskiri Velazquez, who plays Daisy and shares the time-stopping “power” Zack had in the original series, was grateful for the advice they offered. “They created a space where they allowed us to ask questions,” she told the outlet. “It was like we were always a part of the show in a sense. They were very helpful, especially in table reads.” While the idea of joining an already beloved fandom may have been daunting for Mitchell Hoog, who plays Zack’s son Mac, the original cast made the new group feel welcome. “Off the bat, when we first met, we went and had a conversation for five or six hours,” he said. “We went into depth on multiple topics. It’s a great crew, and I would call ourselves a family.”