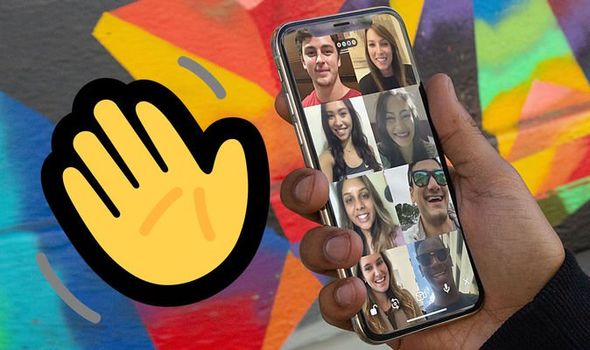 The owners of video chat app Houseparty have offered up a reward of $1 million (£810,000) for anyone with information of how a hugely successful smear campaign that saw thousands of users posting on social media with claims that the smartphone app was able to hack into their Spotify, Netflix and online banking accounts. Users warned others to log out and permanently delete the app, which is also available on iPad, Mac, and Google Chrome web browser.

According to the company, which is owned by Epic Games – the studio behind the video game Fortnite, said there was “no evidence” to back up the viral claims.

Speaking to Express.co.uk, a spokesperson for Houseparty said: “We’ve found no evidence to suggest a link between Houseparty and the compromises of other unrelated accounts. As a general rule, we suggest all users choose strong passwords when creating online accounts on any platform. Use a unique password for each account, and use a password generator or password manager to keep track of passwords, rather than using passwords that are short and simple.”

This was followed by a stern tweet from the official Houseparty social media account, which stated: “All Houseparty accounts are safe – the service is secure, has never been compromised, and doesn’t collect passwords for other sites.”

READ MORE
Is Houseparty safe to use, or should you delete it? And if it is safe, why is everyone telling you to delete it?

But that hasn’t stopped users on Facebook and Twitter sharing horror stories of how they have been hacked because of the popular app, which has seen its weekly download skyrocket from a few hundred thousand in February to 2m a week in the middle of March, according to data gathered by Apptopia. In just one example of the types of posts being circulated online, a user shared: “DELETE HOUSEPARTY!!!! They are hacking into Spotifys, Snapchats and even online banking!!! Delete your account before deleting the app.”

Love Island alum Olivia Buckland has also joined in with the snowballing reports of hacks. The reality TV personality tweeted: “Hi friends. I was told Houseparty app isn’t trustworthy, my friend’s mate was hacked so prob best to delete! Just wanted to let ya know!”

Epic Games has not explained in detail why it believes it was been the victim of a smear attack. However, it has repeatedly denied that any personal data was accessed. Clearly, the company believes its new-found popularity – which challenges popular apps like WhatsApp, Facebook Messenger, and Google Hangouts, to name a few – has caused someone to launch a campaign to smear the smartphone and tablet app.

On Monday, the company started fighting rumours on social media that its app was the reason that other popular services had being accessed by malicious hackers. Houseparty does not access third-party apps like Netflix or Spotify. However, users can connect Facebook and Snapchat to access contacts.