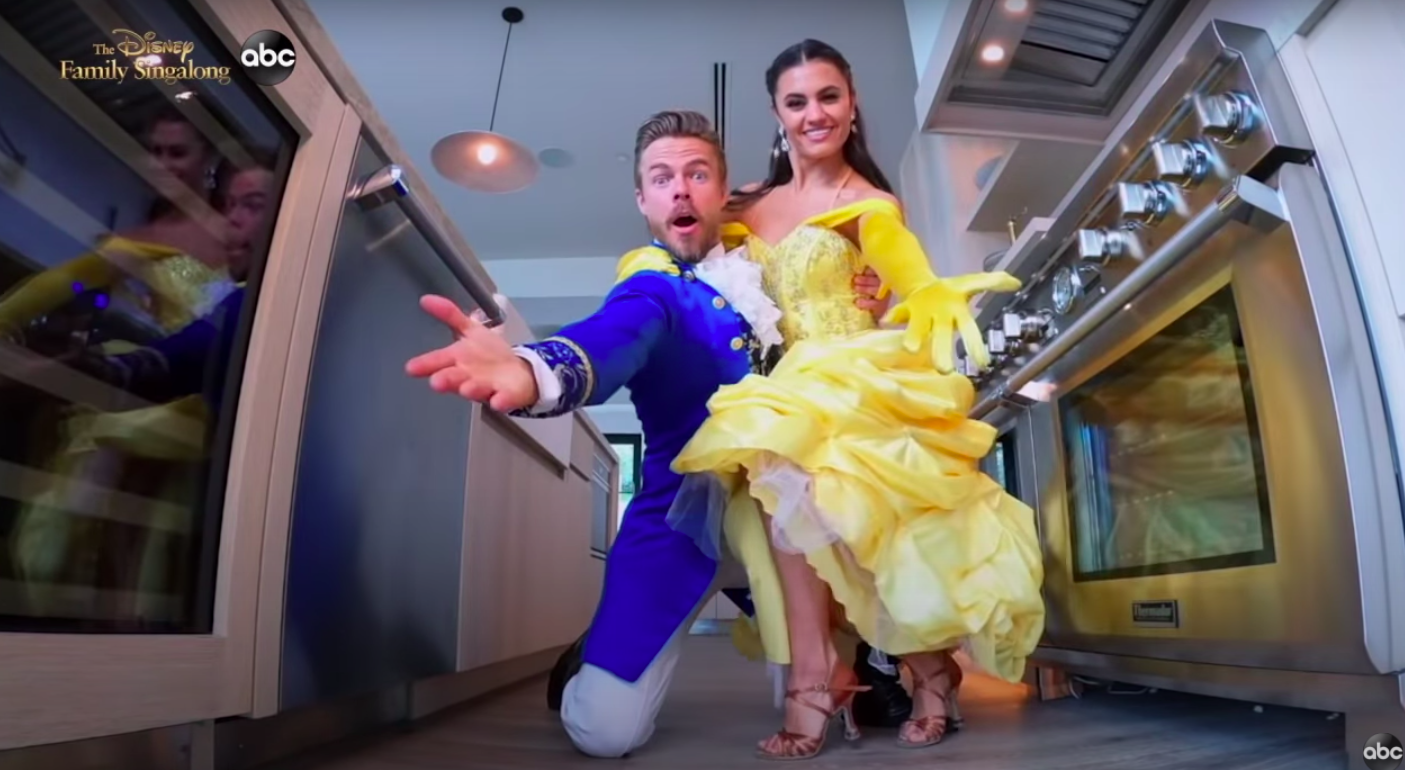 Two weeks ago while the United States continued to grapple with the impact of the global spread of the coronavirus, Disney Executive Chairman and recent former CEO Bob Iger noticed a trend of people leaning on music from their favorite Disney classics while they were in quarantine.

According to Rob Mills, a senior vice president at ABC Entertainment, it was Iger’s idea to air a musical-themed Disney special. After collaborating with outside producers, the company came up with Thursday night’s hour-long Disney Family Singalong special featuring more than 16 performances from beloved singers and entertainers.

“Bob Iger had celebrities and non-celebrities posting Disney songs on their social pages and I think you sort of saw the common thread there was that the Disney songbook has been there for us in good times and bad,” Mills told BuzzFeed News. “This was a way that people were really turning to Disney to help provide some solace.”

The star-studded lineup of performers included Ariana Grande singing “I Won’t Say I’m In Love” from Hercules, Josh Groban performing “You’ve Got a Friend In Me” from Toy Story, Christina Aguilera singing “Can You Feel the Love Tonight” from The Lion King, “A Dream Is A Wish Your Heart Makes” sung by Demi Lovato and Michael Bublé. Cast members from High School Musical, including Zac Efron, Vanessa Hudgens, Ashley Tisdale, and Corbin Bleu also reunited for a performance “We’re All in This Together.”

The talent were all enthusiastic to join the special, which was hosted by Ryan Seacrest and included PSAs about Feeding America to help awareness and funds to help people who are affected by the COVID-19 crisis, since they had the time on their hands and wanted to bring people at home some joy. Mills also said that Iger personally reached out to Beyoncé and asked her to participate.

“She sent something in and it was absolutely beautiful. Beyoncé singing ‘When You Wish Upon a Star’ was in the total spirit of not only what the special is about, but what the country is about right now, and it was something only she could do,” Mills said.

Beyoncé’s performance was a surprise for viewers who tuned in on Thursday, unlike the other artists who were announced ahead of time. Mills said she sent in her recording “in the nick of time” on Wednesday afternoon with only hours left to finish editing the final cut. Executive producer Katie Mullan told BuzzFeed News she delivered the final version of the special on Thursday morning after having only two hours of sleep in two days, editing through all hours of the night.

“We were working in such a condensed timeframe. Normally we take six to three months to put together a big talent-filled special like this, and the whole idea of doing it in under two weeks was bananas,” Mullan said. “People had been doing some filming with celebrities from home, but it was still at that stage that it felt a bit like it was a brave new world of production.”

Mullan said there were people across the US working virtually on the production team, dropping off professional equipment at talents’ front doors and working to produce, direct, and troubleshoot performances over Zoom. They booked all of the talent in four days, shot all of the performances in three days, and spent the rest of their time in a virtual edit suite to achieve the final product.

“We had to figure out a way to talk them through everything remotely. A lot of celebrities were tech savvy, and in other instances it was a lot of talking people through exactly how to have the camera, doing test shots, reworking them, and having your fingers and toes crossed that it would be good when it came back,” Mullan said. “There was a bit of a learning curve and a few technical problems at the beginning, but within 24 hours we really got a feel for where the issues were and just refined it from there.”

During the special, the lyrics of each song also appeared on-screen, allowing viewers to sing at home and participate in “a giant karaoke for America of Disney music,” as Dancing With the Stars dancer and choreographer Derek Hough put it.

When producers reached out to Hough a little more than one week ago to see if he and his girlfriend Hayley Erbert wanted to perform in the Disney Family Singalong, he jumped at the chance to bring people some fun and entertainment while they’re quarantined.

“It was an excuse for us to do something fun around the house and it’s just great to be a part of something where we’re still being entertainers. We’re just trying to bring joy and bring a smile to someone’s face,” Hough told BuzzFeed News.

According to Hough, producers asked him to perform the iconic Beauty and the Beast ballad “Be Our Guest.” With a tight timeline and quick turnaround, Hough and Erbert nailed down their ideas for costumes, improvised most of their choreography, and shot their performance in just one day on Hough’s GoPro.

“It’s just the two of us moving the camera around and we didn’t plan anything,” he said. “With the choreography, we were just running around the house making a mess and asking each other, ‘Okay, what should we do next?’”

Hough was able to FaceTime his sister, dancer and singer-songwriter Julianne Hough, into their performance, setting her up on an iPad so it appeared as if she were dancing alongside him and Erbert around their house. He said he later edited the footage together before sending it back to producers.

“It’s designed to spread a little joy and a little bit of magic in people’s homes during this time,” he said. “For me at least, during this time it’s about entertaining, staying positive, trying to have a good time, and being creative but also to raise money and awareness for people who are truly struggling.”

During a time when so many aspects of people’s lives feel uncertain, Hough said the Disney Family Singalong and and the studio’s movies in general can provide people with a sense of comfort.

“I think we’ve watched 20 Disney movies during this quarantine,” he said. “Disney movies and music make people feel nostalgia, familiarity, and warm and fuzzy feelings that you associate the music with. When you hear the music or watch one of the movies, it’s like a warm blanket.” 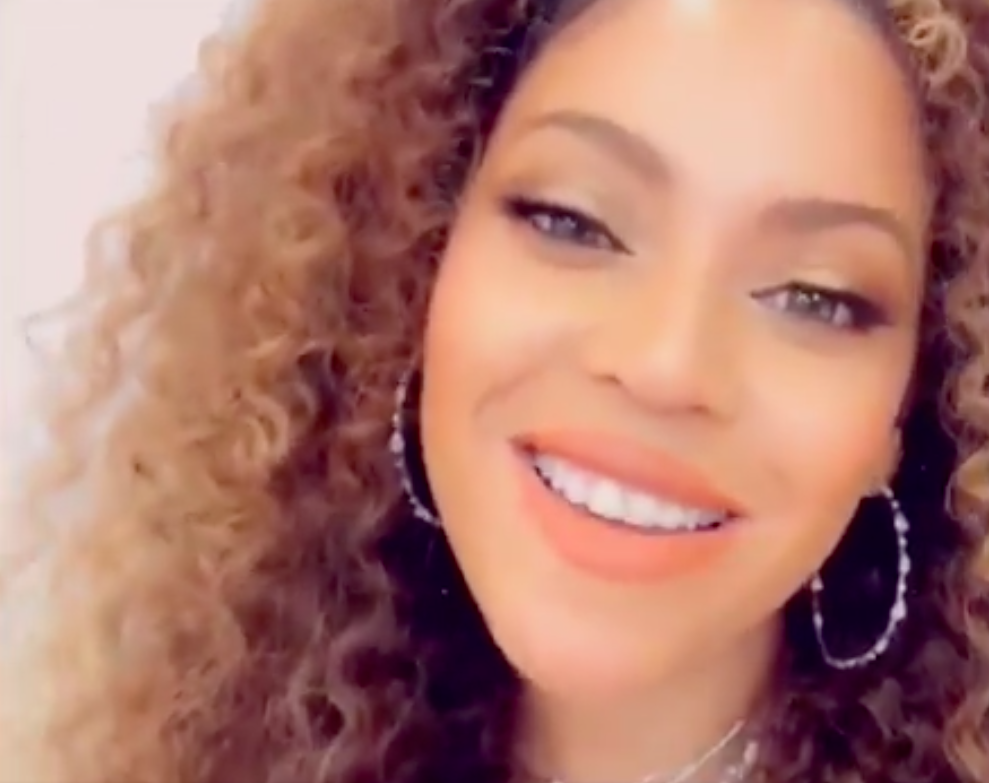 Mills echoed Hough’s sentiment, saying that now that people are spending more time together at home, the Disney Family Singalong would hopefully be a uniting piece of entertainment that people can bond over.

“People are together with families in a way that they haven’t been in a long time because we’re sort of forced into our homes and people are spending this time together even remotely now through things like Zoom or whatever,” he said. “So it was important to put something on that felt like everybody could come together and it is something that is universal.”

Mullan said the singalong special was also inspired by viral videos that showed people in Italy singing from their balconies that illustrated “a moment where even though we’re all isolated and we can’t be together physically, we all feel connected.”

“That’s what we hope this does. People can gather around with their families in their homes, escape what’s going on in the rest of the world for an hour, and feel not only togetherness within that household, but togetherness across America,” she said. “We’re all connected by the shared love of singing the shared love of this music.