ARSENAL will be gunning for revenge when they face Liverpool in the Carabao Cup on Thursday.

The Gunners lost 3-1 to the reigning Premier League champions at Anfield on Monday. 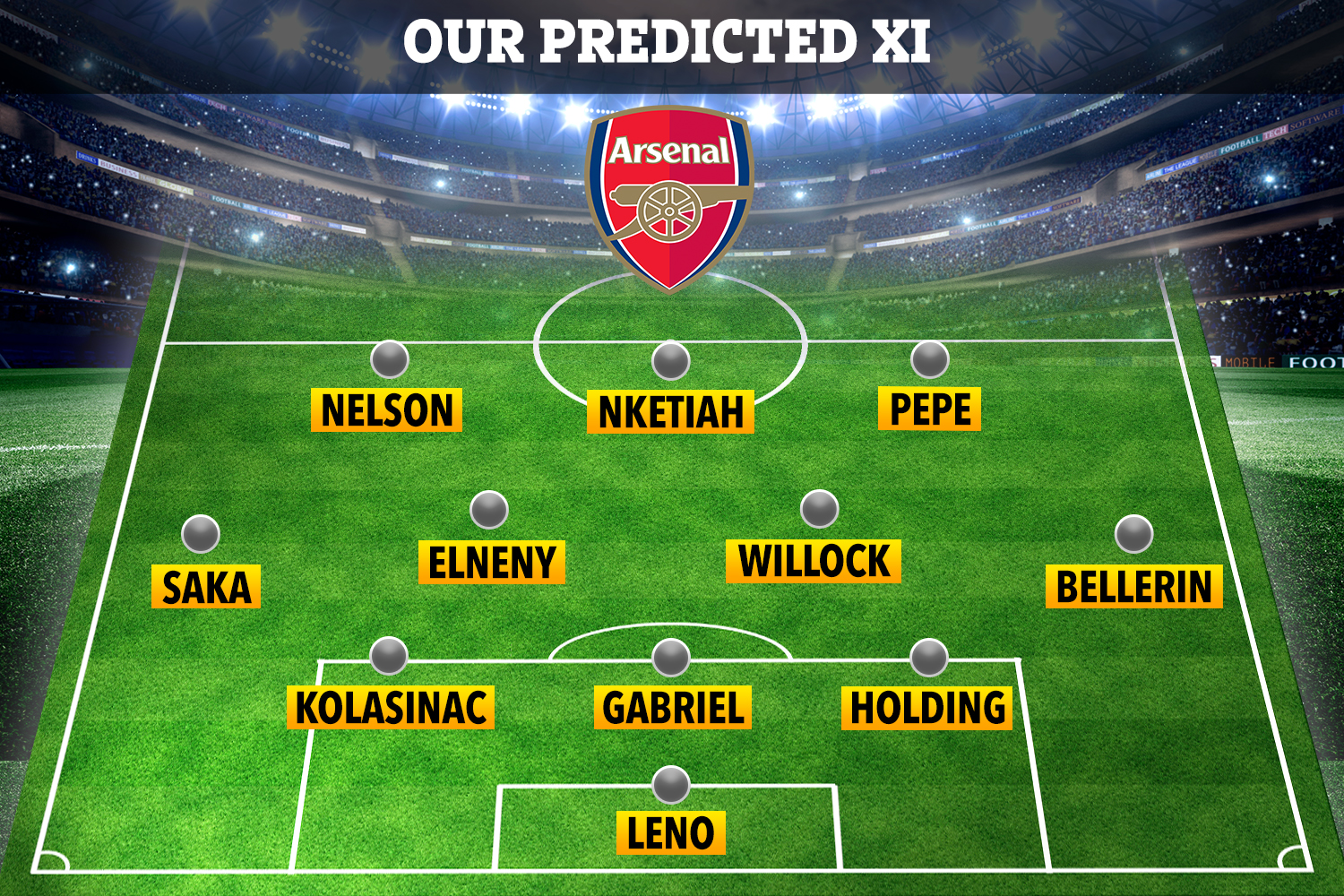 Arteta is expected to rest a few of his big names ahead of Sunday's game against Sheffield United.

Pierre-Emerick Aubameyang, Alexandre Lacazette and Willian could be dropped from the starting XI.

Instead, Eddie Nketiah will have the chance to lead the line for the Gunners.

He came off the bench to score Arsenal's winner against West Ham and he scored in the third-round Carabao Cup clash against Leicester.

Arteta has even tipped the youngster to be on the brink of an England call-up if he continues to impress.

Reiss Nelson and Nicolas Pepe could be deployed either side of Nketiah for the clash.

Mohamed Elneny and Joe Willock could pair up in the middle, with Dani Ceballos on the bench again.

Arteta is expected to rest Xhaka ahead of this weekend's Premier League game.

Bukayo Saka and Hector Bellerin are likely to start out wide.

William Saliba could be in with a shot of making his debut – but Arteta might opt against throwing him in the deep end.

In goal, Arsenal look likely to stick with Bernd Leno even though Alex Runarsson is waiting in the wings.