House prices across the country are on track to fall 18 per cent and not start rising until 2024, one of the nation’s biggest lenders has predicted amid warnings the rental market will become even more expensive as overseas workers return to Australia.

ANZ economists on Tuesday said Sydney prices were likely to fall 12 per cent this year and another 8 per cent in 2023 while the Melbourne market faces back-to-back drops of 8 and 9 per cent. 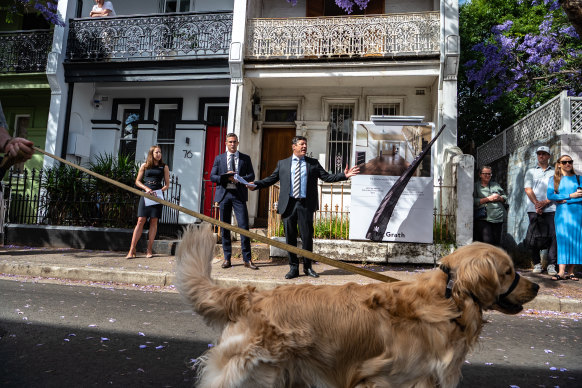 House prices are tipped to fall nationally by 18 per cent this year and next before a modest recovery in 2024.Credit:Flavio Brancaleone

People’s reduced borrowing capacity, caused by seven successive increases in official interest rates by the Reserve Bank from May, means every capital city market is likely to experience price falls over the next two years before a modest recovery in 2024 as mortgage rates start to fall.

ANZ economists Felicity Emmett and Adelaide Timbrell said interest rates were weighing on a property market that experienced the biggest spike in prices in a generation through the COVID-19 pandemic.

“With our expectation that the cash rate will peak in May next year, we think that most of the impact on prices will be fully reflected by the end of 2023,” they said.

“In 2024, as policy stabilises and then eases late in the year, we expect to see a modest recovery begin to emerge in house prices and look for gains of around 5 per cent by end-2024. ”

Nationally, ANZ expects house price falls to be larger next year than in 2022, tipping an 11 per cent drop in 2023 after a 7 per cent decline this year.

Adelaide faces the biggest one-year drop, of 21 per cent in 2023, after a 9 per cent increase this year. Perth and Darwin (down by 13 per cent each), Canberra and Hobart (down 12 per cent) are all expected to experience larger falls in 2023 than 2022.

Despite falling prices, ANZ is expecting rents to continue climbing.

Rents nationally have lifted by a record 10 per cent over the past year while the number of available properties remains extremely low by historical standards. ANZ said in the month to November 13, the number of properties for rent per week was just 96,000, down 36 per cent on the five-year average.

Affordability is at a record low in Brisbane after an 11 per cent drop over the past year, and at its lowest point in Perth since 2016. In both Melbourne and Sydney, affordability is expected to tumble after briefly improving during the COVID-19 pandemic. 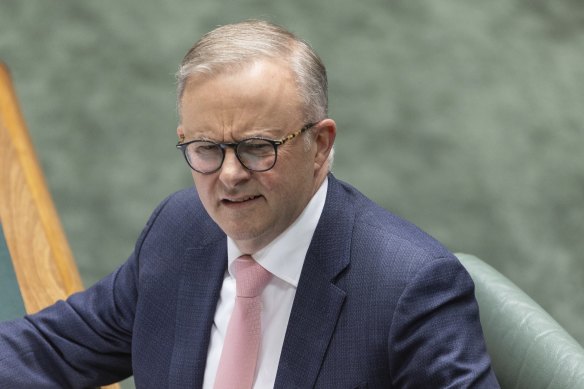 It said by October, new borrowers needed 31.6 per cent of average household income to meet monthly mortgage repayments compared to 25.8 per cent in January.

“While house prices are declining, rising interest rates over 2022 and any further rate rises in 2023 mean affordability for new borrowers is poor and will remain so over the next year,” it said.

Pressed on the issue in parliament, Prime Minister Anthony Albanese said affordability was a challenge across the country that required work from all levels of government.

“What we have done is to accept responsibility for making changes that the national government can do,” he said.

He said the country needed national tenancy standards, including a two-year freeze on rent increases, to protect those at risk of being forced out of their accommodation.

“It’s no wonder we’ve seen families living in cars and tents when renting in cities around Australia is severely unaffordable for those on JobSeeker, single pensioners and single parents working part-time, with rents surging over 60 per cent of income in many cities,” he said.

Cut through the noise of federal politics with news, views and expert analysis from Jacqueline Maley. Subscribers can sign up to our weekly Inside Politics newsletter here.