A HORSE race was dramatically abandoned mid-way through after a runner suffered a fatal injury and lay stricken on the track.

The 2m maiden hurdle at Plumpton was voided after Wudyastopasking sadly went wrong. 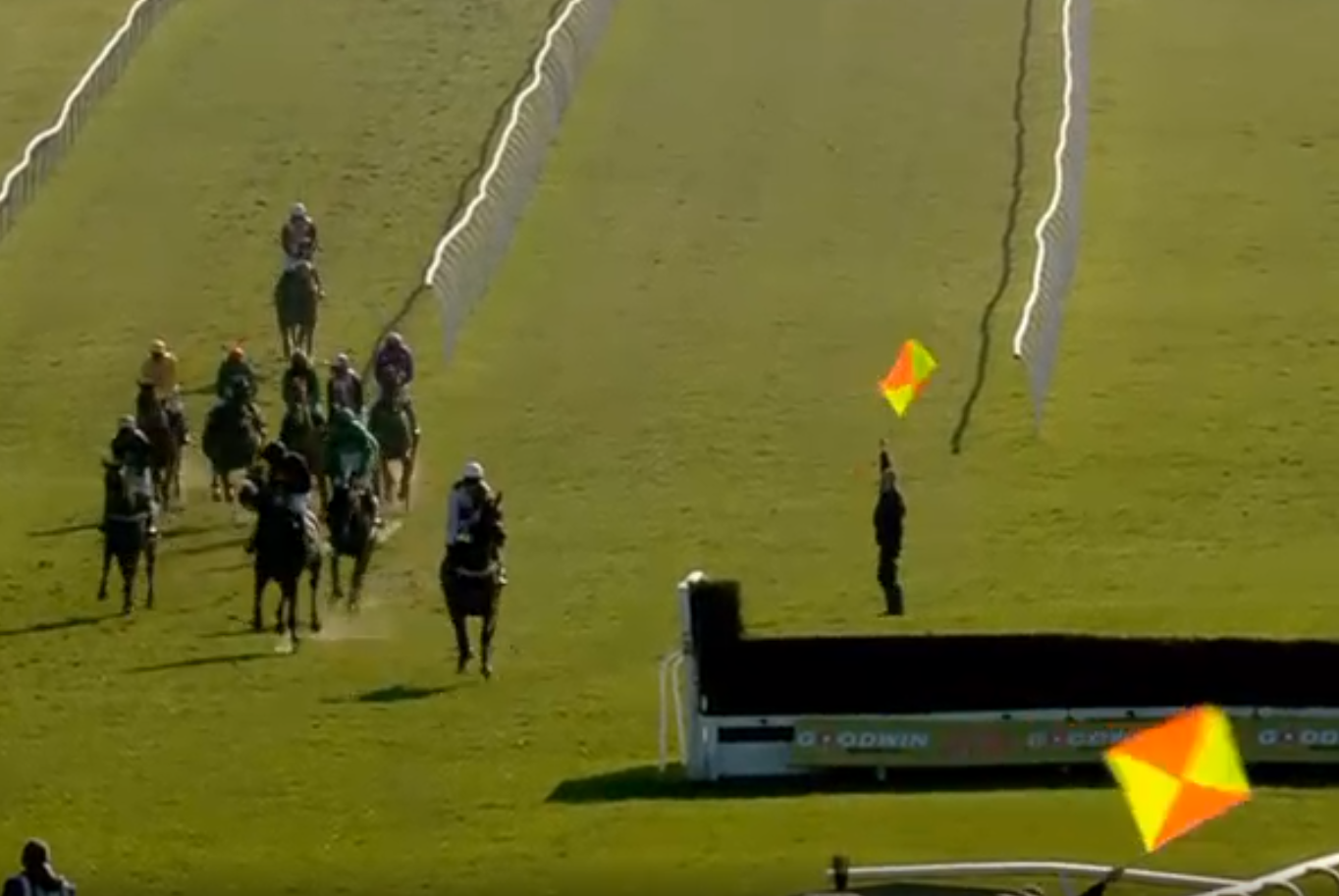 Jockeys were forced to pull up in the 2.05 just as they started their final circuit because the horse was blocking their path.

Two stewards waved flags to warn the jockeys to try to stop as quickly as possible.

"Unfortunately the horse injured himself approaching a hurdle and then veered off to the bypassing area to the left of it.

"There was nowhere for the runners to go on the next circuit and you have to be aware of people attending to the horse, their safety is paramount.

"The clerk of the course and vet acted quickly and the new flags worked well.

"All the jockeys followed the procedure to the letter."