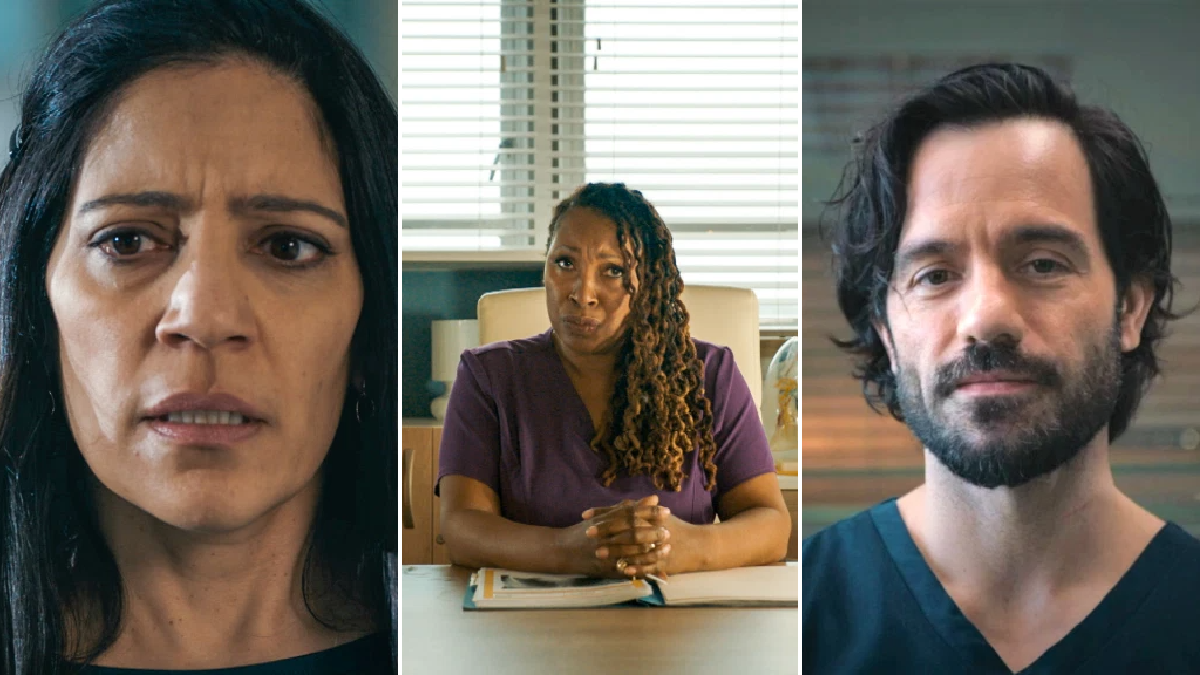 Holby City is reeling in the aftermath of Kian Madani’s death from a drug overdose in tonight’s episode.

Henrik Hanssen (Guy Henry) decides to take drastic action and makes a phone call: ‘I need to speak to someone regarding my concerns about this hospital.’ Who has he called and what will the consequences be for the rest of his team? And can an under-pressure Hanssen hold things together?

Lucky Simpson (Vineeta Rishi) is suffering as she blames herself for what happened to Kian and as she tries to forget her sadness by throwing herself into her work, once again we see her personal feelings cloud her judgement with patients. But maybe it’s her colleagues that she needs to keep a closer eye on, as one of them seems determined to get rid of her.

Dominic (David Ames) gets some upsetting news, and his day goes from bad to worse after that when a former patient is rushed back with worrying symptoms – could Dominic have left something behind last time he operated on the man? It’s definitely a bad day to have a new locum registrar on the ward – will Rory Lycett (Nicholas Shaw) be a hindrance or a help?

He certainly seems to have a smooth bedside manner, and usually there’s nothing more calculated to irritate Dominic – but is there more to Rory than Dominic thinks?

Kylie (Amy Murphy), Jeong-Soo (Chan Woo Lim), Josh (Trieve Blackwood-Cambridge) and Louis (Tyler Luke Cunningham) have all started sharing a flat together but very quickly find that it’s not all like a scene from ‘Friends.’ Kylie puts Josh’s nose out of joint when she tries to implement the dreaded cleaning rota, but when she makes a throwaway remark about Louis, Josh thinks she’s gone too far.

Evie (Phoebe French) is angry with Fletch (Alex Walkinshaw) because Andrei has left Holby and she makes it clear she blames her dad.

Luckily she has someone on her side. Unluckily it’s Jeni Sinclaire (Debra Stephenson), whose motives and behaviour seem increasingly sinister. Is Evie at risk?

Sue Haasler is the author of five novels and the official BBC Holby City book, which you can read about here.