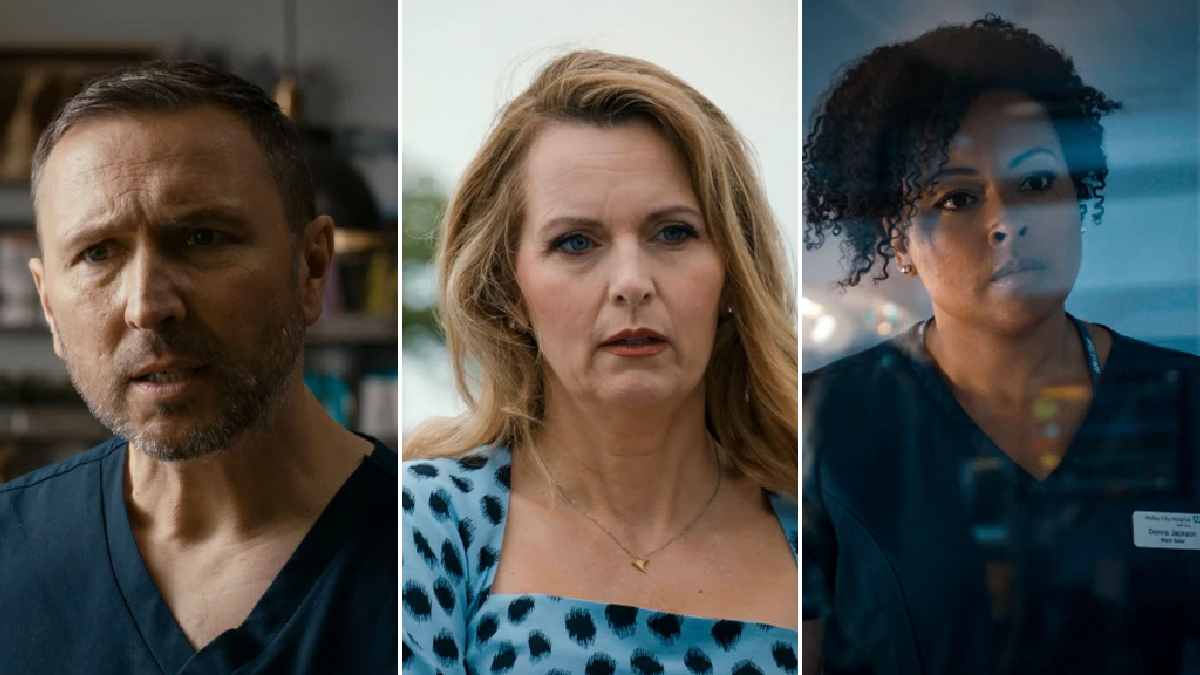 At the start of tonight’s Holby City Fletch (Alex Walkinshaw) is taking stock of the aftermath of Cameron’s bomb (don’t worry, Cameron is still dead). AAU has been gutted by the bomb and the other wards are taking on the extra patients. It’s busy, but relatively calm, which means that Fletch’s mind has time to work on another problem.

What was Lucky Simpson (Vineeta Rishi) trying to tell him by sending him the photos of the passports of Evie (Phoebe French), Mia (Brianna Shan) and other girls in Jeni (Debra Stephenson)’s desk? ‘I need to know the truth,’ he says. ‘I need to know today.’

With Evie too scared to confide in her dad because Jeni’s threatening that she could go to prison, Lucky still in a coma and Jeni still doing her ‘sweetness and light’ act whenever Fletch is near, it looks like Lucky’s attempt to get the truth out might have been in vain.

But when Mia is brought into Keller with nasty stomach pains, Donna (Jaye Jacobs) is devastated by the diagnosis – and for Evie it’s the final straw. She realises she has to do something about the horrific situation Jeni has put her and Mia in. As Jeni makes plans to take Evie abroad to avoid the police, will Evie finally get the courage to tell Fletch what’s been going on?

Jac (Rosie Marcel)’s hope of a cure for her brain tumour are fading now that Eli (Davood Ghadami)’s stent project has been put on hold. Max (Jo Martin) tries to persuade her to try the available conventional treatments, but Jac refuses to listen. Maybe there’s one person who can get through to her?

As Josh (Trieve Blackwood Cambridge) apparently revels in being a new dad, Ange (Dawn Steele) isn’t feeling quite so perky. Recovering from her surgery and with the babies still needing medical care, poor Ange has the baby blues – especially when she remembers that they’ve forgotten something rather important.

Sue Haasler is the author of five novels and the official BBC Holby City book, which you can read about here.