An alligator named Saturn that survived a bombing raid on Berlin in World War II and was rumored to have once belonged to Nazi tyrant Adolf Hitler died at the Moscow Zoo on Friday.

The zoo said in a statement online that the alligator was a picky eater who loved a massage with a brush ― and was given the “the utmost care and attention.”

Saturn was born in the United States in 1936 and gifted to the Berlin Zoo “almost immediately,” the statement said.

The Berlin Zoo was hit during several bombing raids in WWII and in 1943 was destroyed by one, killing many of the animals and releasing the others.

It’s not clear where Saturn went for the next three years.

In 1946, Saturn was gifted by British forces in Berlin to the Soviets, who delivered the gator to the Moscow Zoo.

“Almost immediately, the myth was born that he was allegedly in the collection of Hitler, and not in the Berlin Zoo,” the zoo said in its news release. 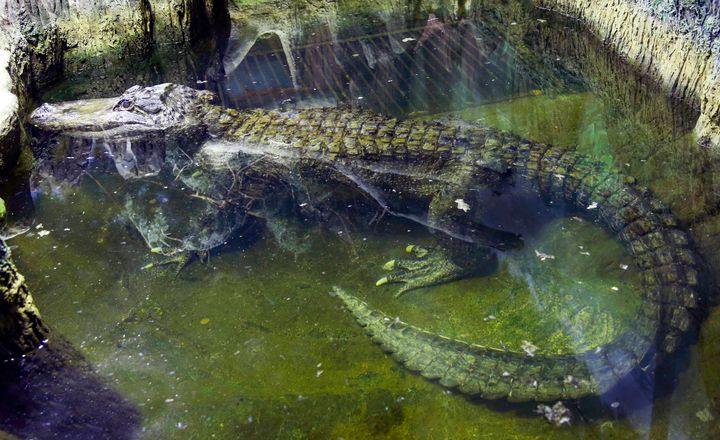 No direct connection to Hitler has ever been substantiated.

The zoo said that even if the alligator had belonged to Hitler, “animals are not involved in war and politics, it is absurd to blame them for human sins.”

Guinness World Records says the oldest alligator in captivity is another WWII survivor, Muja, gifted to the Belgrade Zoo in Serbia in 1936. Muja was already an adult at the time and is believed to be possibly in his 90s.

The Smithsonian said alligators in the wild typically live to the age of 50.