High blood pressure is an all-rounder: it hurts the heart, the arteries and possibly the brain. Take a deep breath in – as a 13th-century practice leads the way to better health – and breathe out.

An example of a high blood pressure reading is 140/90mmHg – the first number represents the blood force exerted on the arteries when the heart beats (also known as the systolic blood pressure).

The following number represents the blood force exerted on the arteries when the heart rests between beats (diastolic blood pressure).

Researchers from the Department of Nursing at Kangwon National University, in Korea, investigated the effects of tai chi on blood pressure.

Originally developed as a martial art in 13th-century China, the practice is often described as “meditation in motion”.

There are different styles of tai chi – such as yang, chen and wu – depending on the speed of movement and the way the body holds the posture.

The NHS added that it can “help people aged 65 and over to reduce stress, improve posture, balance and general mobility, and increase muscle strength in the legs”. 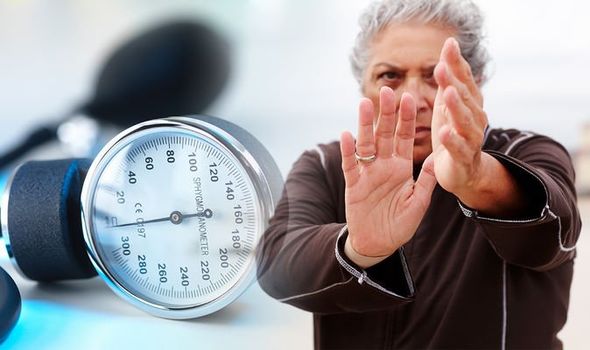 Back to the research, 68 elderly subjects were divided into two groups: 34 participants were in the experimental group and the other 34 were in a control group.

The experimental group received tai chi training for six weeks whereas the control group did not. Participants were assigned to a group using a flip-coin strategy.

All volunteers hadn’t exercised regularly in the past six months, had no health problems preventing them from exercising, and could perform physical activities independently.

Each tai chi session was 60 minutes in duration, with 10 minutes of warm-up exercises followed by 45 minutes of tai chi and five minutes of cool-down exercises.

The participants’ waist circumference and blood pressure were measured before and after the six-week intervention.

The data revealed that there was a reduction in both the waist circumference for those who completed the tai chi exercise and their blood pressure.

All participants suffered from higher than normal blood pressure before starting the programme. 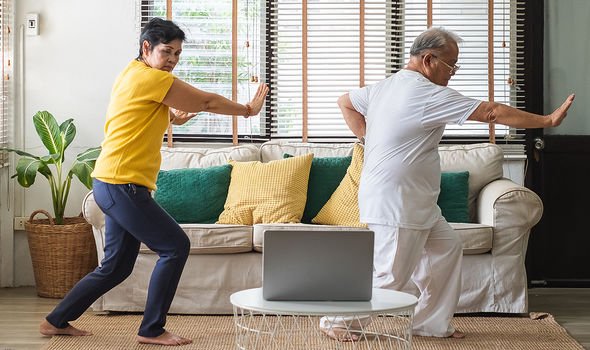 Those who didn’t perform tai chi still suffered from a higher blood pressure after the experiment.

On the other hand, those who did tai chi lowered their high blood pressure to read in the normal range after the six weeks.

The NHS confirmed that tai chi is a “low-impact exercise”, meaning it won’t put much pressure on bones and joints. This makes it accessible for most people. 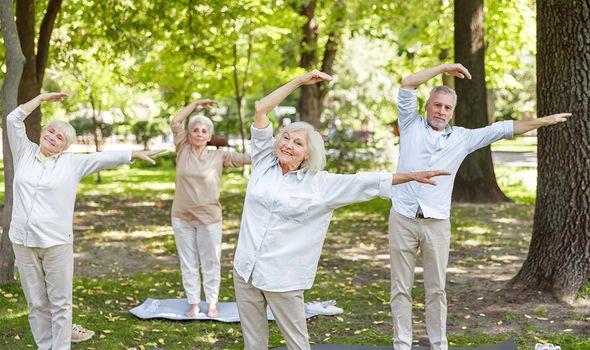 The Tai Chi for Health Institute, run by Dr Paul Lam, stated that the practice will improve a person’s “fitness, agility and balance”.

He attested it’s “easy to learn”, but the NHS recommends learning from an instructor first, before taking it upon yourself to copy a DVD workout.

This is so an instructor can “make sure your style is correct, effective and won’t cause injury”.

The Tai Chi Union for Great Britain is a website you can use to search for tai chi classes in your area.