HELP! I’ve come down with a curious corona crush: With celebrities all holed up at home, the 5pm Covid-19 TV briefing is provoking surprising reactions in Britain’s stir-crazy women

As far as I can see, there’s only one upside to the fact I’ve been sitting at home alone while self-isolating for the past ten weeks — not even permitted to buy paint on purpose to watch it dry.

And that’s the comforting knowledge that at least I definitely can’t catch anything living like this. But then, a few days ago, the symptoms started.

I was watching hours of bad news on TV as usual when a Conservative MP called Dr Luke Evans popped up via video link to ask a question of the House of Commons Health Select Committee. Suddenly, I was stricken with all the tell-tale signs: soaring temperature, fevered pulse, feelings of faintness… 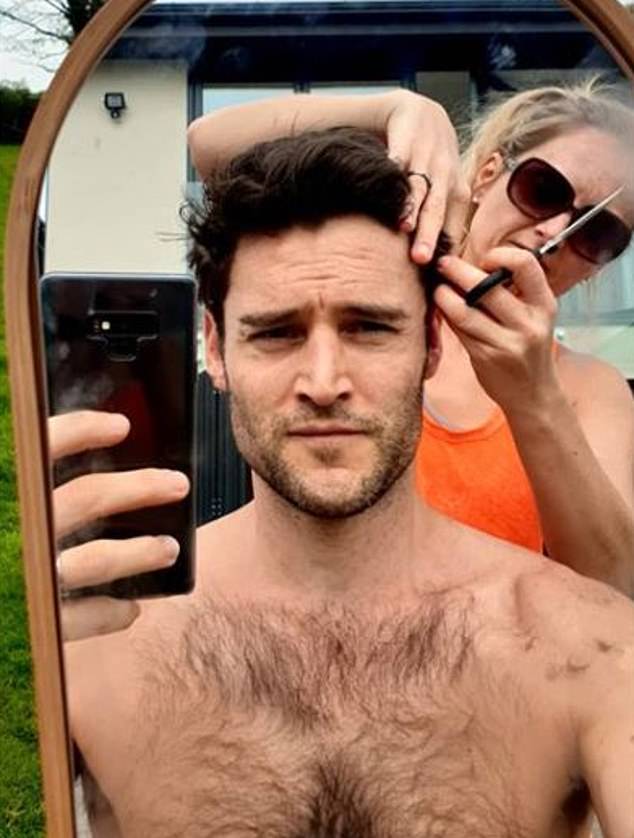 ‘Oh no’ I clutched my skull, Googling furiously for more information on Dr Dreamy. ‘I think I’m coming down with it…’

The coronavirus crush is a distressing physiological phenomenon that has spread though all my single female friends, and several of the married ones, too.

Symptoms vary, but the most alarming is a total lack of taste. ‘Don’t you find,’ my best mate asked (she was the first to succumb), ‘that you just cannot get enough of Matt Hancock’s face?’

Now, I maintain that Dr Evans really is startlingly handsome; his rather rugged Instagram posts will back me up on this point. But constant exposure to all these politicians seems to be causing the most acute cases. 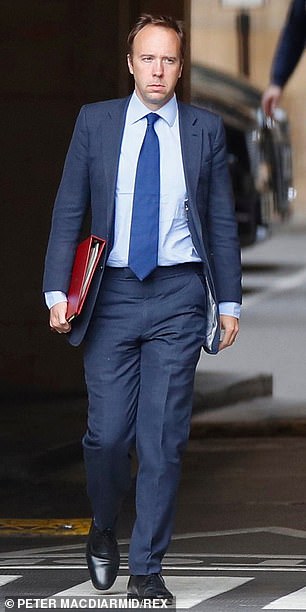 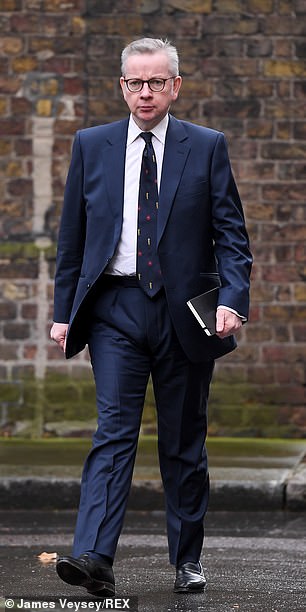 How else to account for a 32-year-old female friend of mine (who shall remain nameless) demanding her birthday cake be decorated with an edible photograph of Keir Starmer’s head?

Some remain stoical about their feelings. (‘I don’t care what anyone thinks, Dominic Raab is yummy.’) Others are mortified, insisting they can’t possibly tell you what they’re going through. Only to phone you several hours later, because they realise they really do find Rishi Sunak in a sharp suit sexier than Paul Mescal, from Normal People, in nothing but a neck chain.

So I took to social media — thinking it might be possible to track and trace the contagion — and found corona-crushes raging uncontrollably.

‘[Culture secretary] Oliver Dowden,’ one confession reads. ‘At first I was put off by the posh accent, but then I got hopelessly lost in his cultural policy…’ 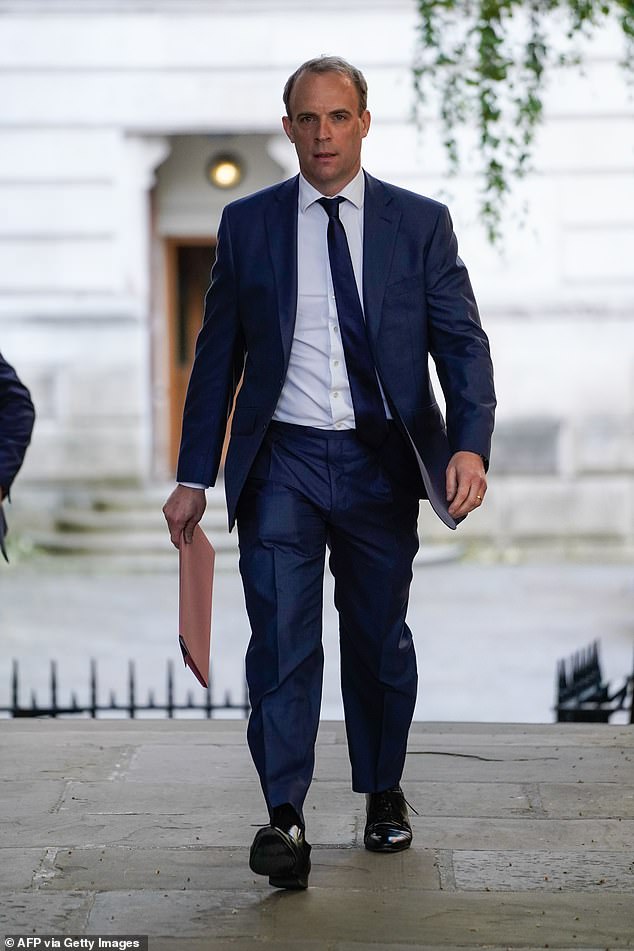 Foreign Secretary Dominic Raab. Emily said some remain stoical about their feelings. (‘I don’t care what anyone thinks, Dominic Raab is yummy.’)

In the current climate, no one is safe — least of all your ageing parents. Mine seem to be getting more het up about the daily press briefings than any steamy repeat of Poldark.

‘I have to go,’ my mother hissed, the last time I called her at 5pm. I turned on the TV — Michael Gove was on again. It’s very worrying to think your mother has such a severe case. A former teacher, she’s had a soft spot for him since his days as Education Secretary, but it’s got far worse since lockdown.

Thankfully for the state of my parents’ marriage, my father is being comforted by Priti Patel. ‘She doesn’t take any nonsense,’ he says, dismissing Gove as silky and effete by comparison.

Once upon a time, politics was considered ‘showbiz for ugly people’. But now cinemas have been closed for months, popular entertainment in most forms is cancelled across the board — but the Prime Minister’s lockdown announcement had an audience of 27.5 million, making it one of the most-watched television broadcasts in British history.

Thanks to coronavirus, politicians you couldn’t have picked out of a police line-up six months ago are now the most famous people in the land.

In the absence of access to hunks and heart-throbs, middle-aged men who once would have been considered ordinary-looking seem as appetising as Daniel Craig. What the hell is going on?

‘We have an almost unconscious bias towards finding people with power a little more attractive than mere mortals without it,’ says psychologist Emma Kenny. ‘While from the outside looking in, this can appear to speak to a shallow side of human nature, it is actually a sensible survival instinct.’

All of us are alive today because our female ancestors selected a mate who kept her safe and so, now, we must not blame ourselves if we feel drawn to the men seeking to protect us from coronavirus.

A caveman bellowing ‘stay alert’ at a time when there were sabre-toothed tigers roaming around could well be the reason we exist.

Yes, I admit it feels wrong, on one level, to be thinking such thoughts about any politician. But in these tough times, let’s forgive ourselves. No one blames anyone for fancying a film star. And at the moment, all the film stars are at home looking much like the rest of us in sweatpants.

Plus, power is an aphrodisiac that we may never have been exposed to in quite such high doses before. Surely it must account for the sexual success of the Prime Minister — how else could a man so flabby and dishevelled have attracted a string of mistresses and produced (at least) six children? All this may have been going on for longer than we think. Up close and personal, French leader Francois Mitterrand allegedly declared that Mrs. Thatcher had ‘the eyes of Caligula and the mouth of Marilyn Monroe’.

‘I feel deeply disturbed by all this, actually,’ the friend who first alerted me to the rise of the corona-crush complains. ‘I’ve never even voted Tory, and yet I’m hooked on Hancock — who I object to very much politically. Will there ever be a cure?’

Yes, is the reassuring answer. I am convinced that the corona-crush is a kind of collective Stockholm syndrome.

Right now, we feel forced to accept extraordinary restrictions on our freedom. Trapped in our homes, we have no one to gaze at but those who hold us captive.

Hopefully, however, this will all fade away along with Covid-19. We’ll forget all these MPs’ names and form attachments to real men who are actually attractive.

‘Just like a schoolgirl crush on an inappropriate man, in the current situation we’re learning that looks have little to do with lust,’ psychologist Emma Kenny concludes. ‘Fortunately, these types of feelings tend to be fleeting, because they are based on constant reinforcement.

‘It is likely that you will wake up one day wondering how the hell you ever felt jealous of Carrie Symonds.’

Although I still make an exception for Dr Luke Evans.