Who is Erica Herman? All about Tiger Woods’ girlfriend

“Happy Days” star Anson Williams is now flogging an ingenious product that he believes could have saved Tiger Woods from his recent car accident.

Williams, who played Warren “Potsie” Weber on the beloved sitcom, was a second cousin to Dr. Henry Heimlich. (Heimlich is often credited with discovering the technique of abdominal thrusts to stop choking, now named after him).

The actor, 71, told Page Six that years ago, his cousin told him that to keep awake during long drives, a squeeze of lemon juice acts as a bolt of instant adrenaline.

“I called Henry and I said, ‘Why don’t we put citric acid in a spray,’ and he said, ‘That would solve more lives than the Heimlich maneuver,’” Williams (whose real last name is also Heimlich) explained. “I promised him we’d get it done. He passed away four years ago and he made me promise to get it out.”

“With Tiger Woods, the forensic experts feel that he fell asleep. I’m so glad he’s going to be ok but he’s bringing attention to this major problem,” he continued. “If you take this little spray (Alertdrops), you’re up, you’re alert, it’s safe, it’s natural. It’s really Dr. Heimlich’s legacy. He was a beautiful human being.”

As far as his role in the process, Williams says, “When you’re lucky enough to get some visibility I think it’s very important to pay it forward.”

The actor is best known for his long-running role on the ABC comedy, but he’s had a successful and varied career behind the camera as well, directing shows like “Beverly Hills 90210,” “Lizzie McGuire,” and “The Secret Life the of American Teenager.” 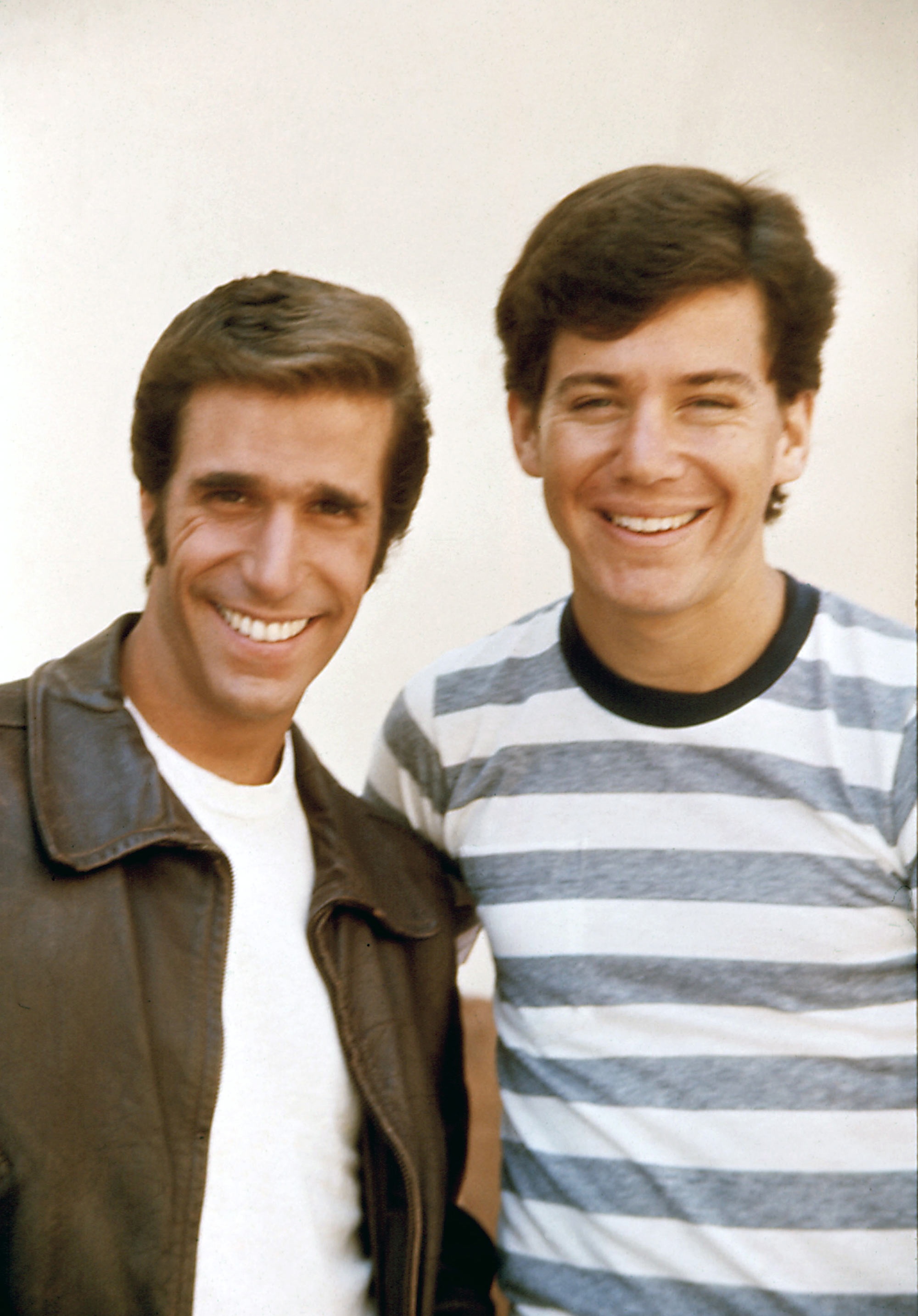 He credits this to “Happy Days” creator Garry Marshall, who mentored the cast and encouraged them to branch out.

“He said, ‘You’re all young kids, take advantage of the studio, it’s a college,’” he remembered. “‘Wear many hats, learn all you can. You’re probably not going to act all your life.’ When I was educating myself as a director, I was able to shadow Roman Polanksi while he was shooting ‘Chinatown’ on the backlot. I watched all the ‘Grease’ numbers being filmed. I shadowed John Schlesinger. I got this amazing education behind the camera.”

Williams is still close with all of the “Happy Days” crew, explaining that he recently saw 92-year-old Marion Ross, who played Marion Cunningham, for a socially distanced meal at her home.

As for why the show, which ran from 1974 to 1984, remains popular, Williams is philosophical.

“It keeps coming back and getting new fans,” he said. “There’s something about the cast, the chemistry that just hits people’s hearts. There’s a magic to the cast.”