STRONGMAN legend Hafthor Bjornsson is gearing up to make his boxing debut against cruiserweight Steven Ward.

The Game of Thrones star, also known as 'The Mountain' from the hit TV show, will step into the ring for the first time in the exhibition scrap. 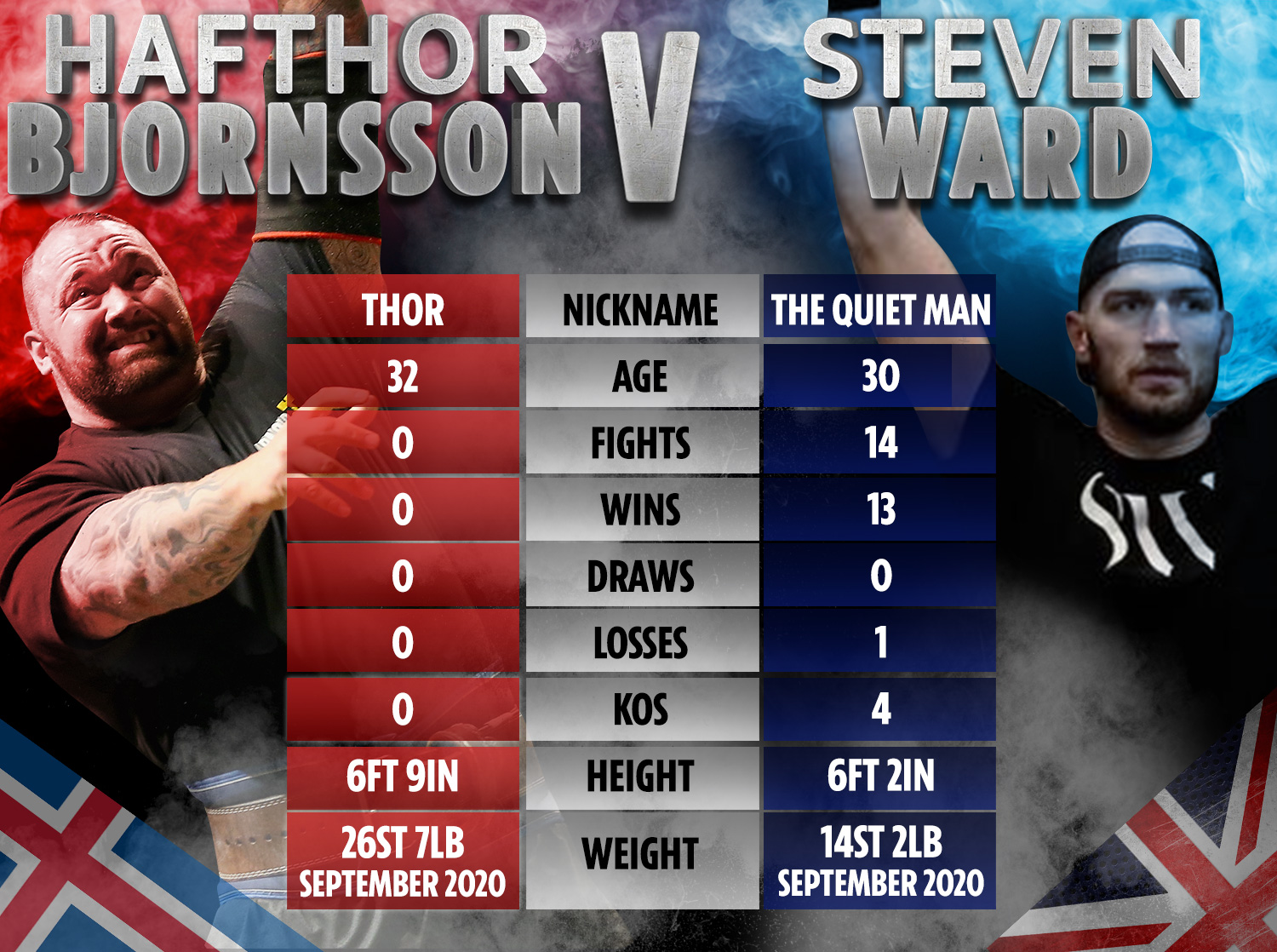 The bout will serve as a warm-up for Bjornsson's highly-anticipated clash against British rival Eddie Hall next September.

The fight was originally supposed to take place in Iceland but will now be put on in Dubai on January 15.

SunSport takes look at how the two men shape up:

Northern Irish boxer Ward has the narrow advantage over Bjornsson when it comes to age.

The 30-year-old is two years younger than his 32-year-old strongman opponent. 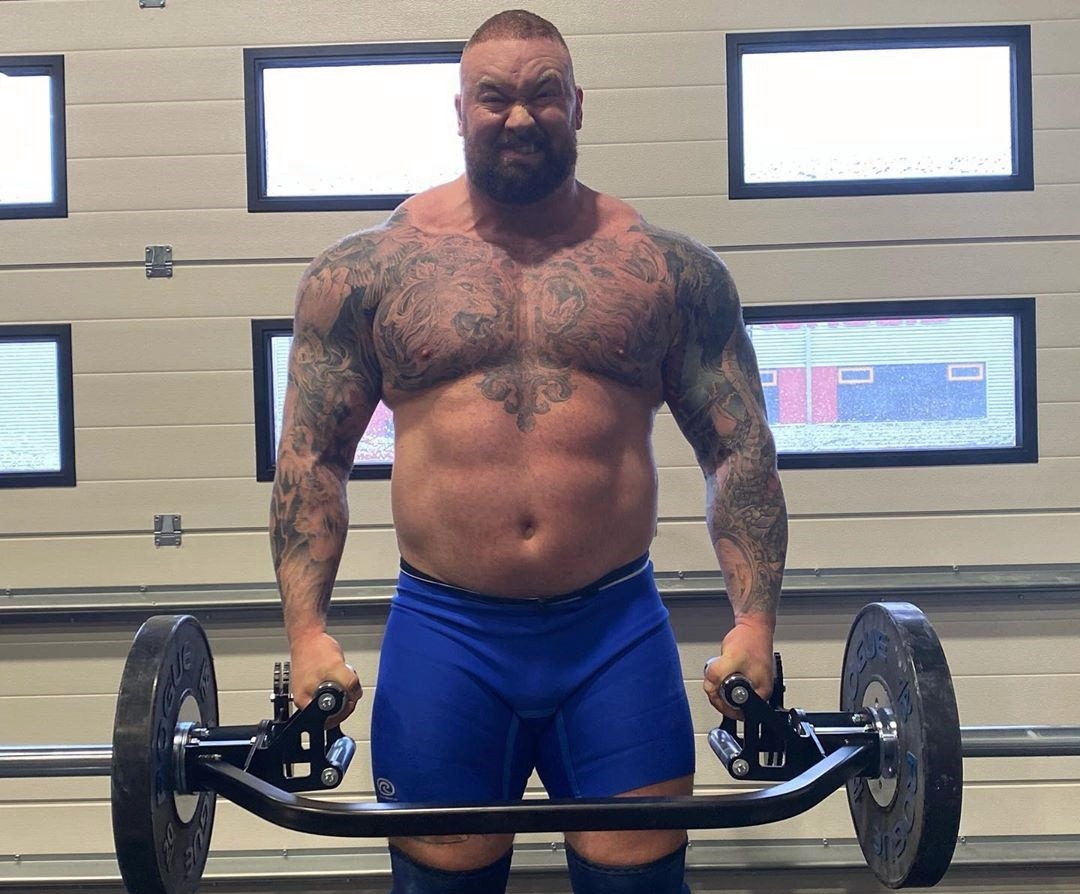 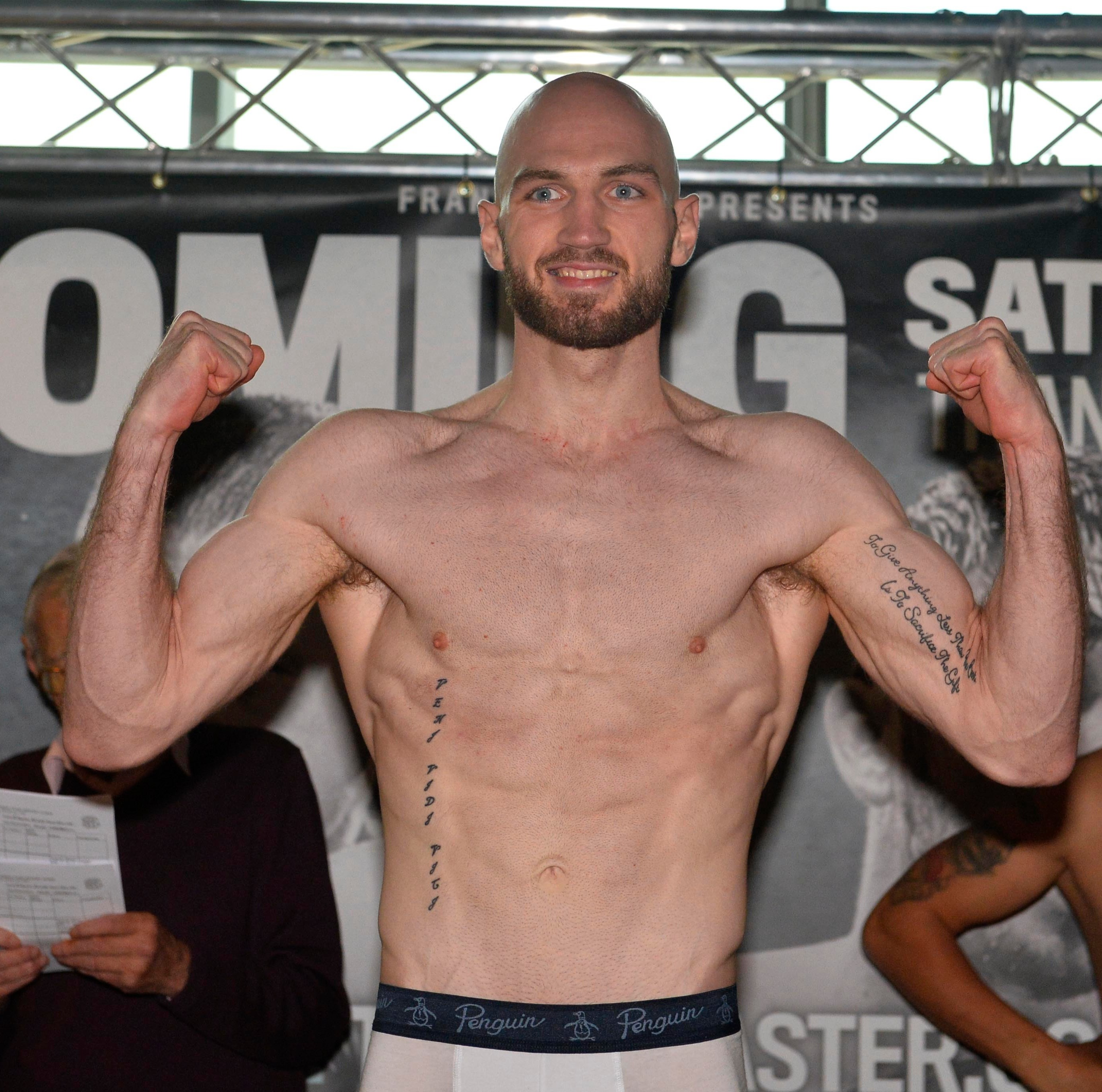 Ward again comes out on top here having made his professional debut back in 2016 and currently boats a 13-1 record.

The Belfast brawler most recently bounced back from his sole defeat with a six-round points victory over Jone Volau on his cruiserweight debut.

Bjornsson meanwhile has only ever sparred and will be lacing up his gloves for the first time against Ward this month.

And SunSport revealed last year that the Icelander left fans unimpressed after posting clips of his boxing training.

But it is here where novice Bjornsson remains the heavy favourite in the contest – which will be held over three three-minute rounds.

The TV sensation weighed in over 32 STONE when he set a world record for the deadlift back in May.

Bjornsson revealed in September 2020 that he has dropped down to 26 stone with further cuts planned after realising his boxing ambition.

Yet he is still expected to weigh around double Ward – who only recently moved up to 200lbs as a cruiserweight.