British Airways air stewardess quits to become a pilot at a cost of £120,000 – but still needs to find a job after FlyBe hired her on a training scheme and went bust

A British Airways air stewardess has revealed how she quit her job to become a pilot.

Suzie McKee, 25, from Portsmouth, Hampshire, spent a year working in the cabins of British Airways flights before deciding she would rather fly the planes instead.

Suzie, who is a languages graduate, needed £120,000 for training and started the process by raising huge £30,000 by working as a barmaid and a receptionist in an MOT garage, and borrowing the rest from her parents.

In February 2019 the ambitious former air stewardess started the painstaking process of applying to study the profession with Flybe, but after the airline went bust in March, Suzie decided to pursue her dream without any airline backing.

Suzie McKee, 25, (pictured) from Portsmouth, Hampshire, quit her job as an air stewardess for British Airways to become a pilot (left, before, and right, as a qualified pilot) 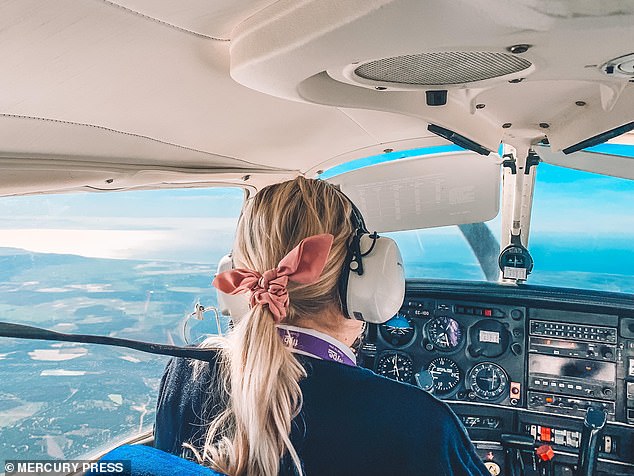 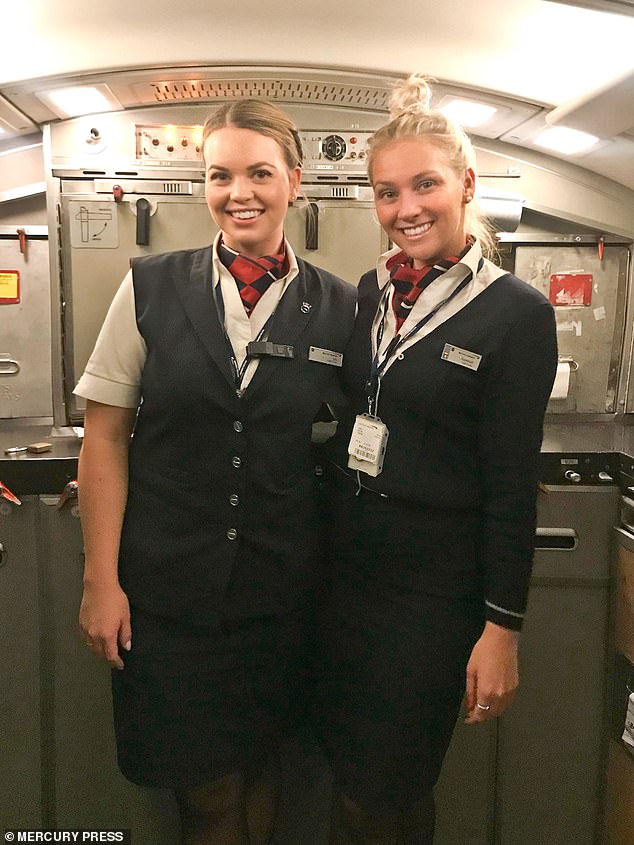 Suzie explained that she was always the one volunteering to take tea to the cockpit and to do the safety checks before take off. Pictured: Suzie when she was a stewardess with a colleague

The languages graduate admitted she became tired of doing safety demonstrations and pouring drinks, while longing to be in the cockpit where the action was.

She explained: ‘I’d had a great time being cabin crew, but I always had this picture in my mind of me in the cockpit. I realised I wanted to actually fly the plane.

‘I knew I didn’t want to be serving the chicken pasta in the back with the passengers, I wanted to be at the front of the plane where the action was.

‘I would always be the one who volunteered to take the tea into the cockpit for the pilots or do the safety checks with them before take off.’ 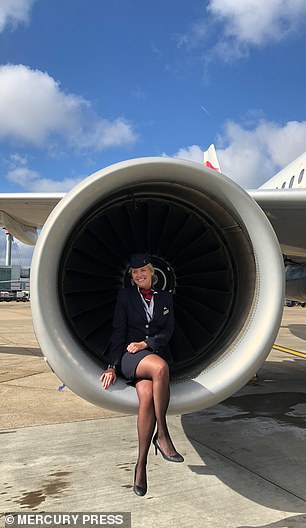 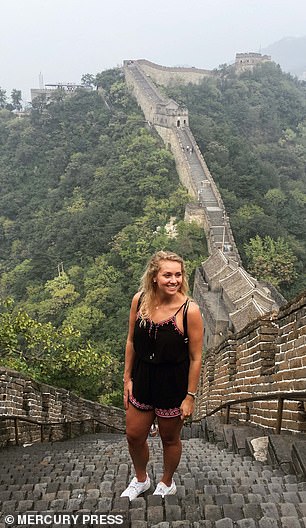 The former air stewardess (pictured) who can speak three languages, has already visited 55 countries and is eager to fly her first air craft with passengers  (pictured left, at work, and right, visiting China on one of her adventures) 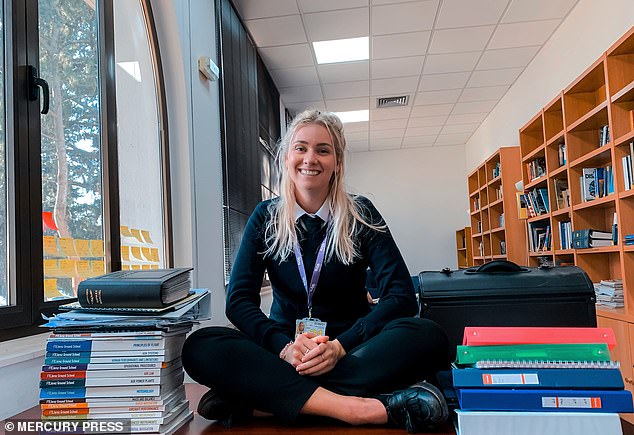 Suzie (pictured) managed to save £30,000 and her parents decided to lend her the rest of the funds for pilot school (pictured, learning to be a pilot)

Suzie who worked for British Airways, handed in her notice and returned to the UK to begin raising the £120,000 required to go through pilot school.

It wasn’t long before she had managed to save £30,000 and her parents decided to lend her the rest of the cash so she could pursue her dream.

In February 2019 the ambitious former air stewardess started the process of applying to study the profession with Flybe. 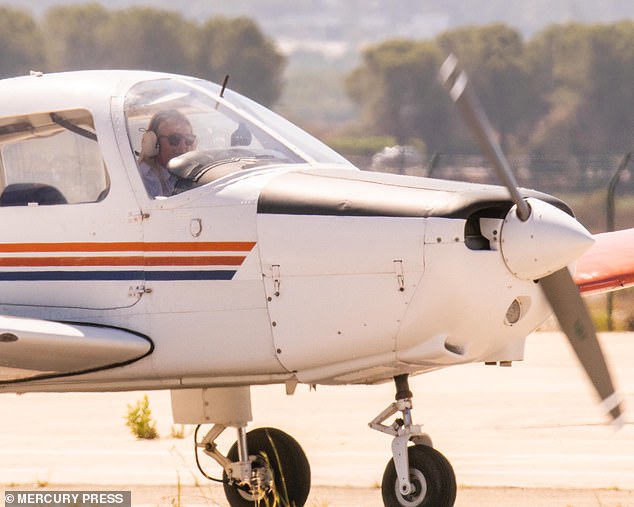 Suzie (pictured) began the process of applying to study to become a pilot in February 2019, having to complete several interviews and a series of exams 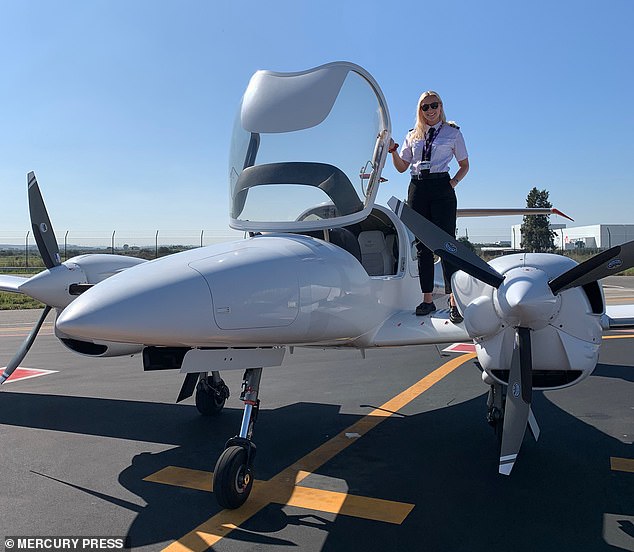 But Europe’s biggest regional airline FlyBe collapsed at the beginning of March with 2,000 staff losing their jobs.

The determined Suzie decided to continue her studies at FTEJerez flight school in Jerez, Spain, without any airline backing.

She now has just 20 hours of solo flying left to complete before she will be given her full ATPL in November.

Suzie said: ‘When I was with an air hostess I would do the passenger announcements and then listen to the pilots being able to tell the passengers that they were the ones that had flown them safely to the destination. 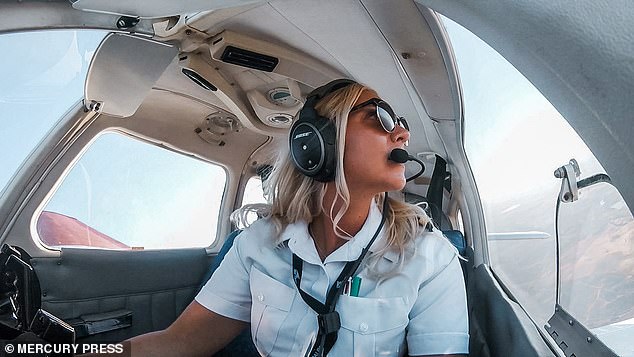 Suzie (pictured) is set to be given her full ATPL in November, after completing 20 hours of solo flying

‘As a pilot you get to look out of the windows and see all these beautiful views.

‘But the biggest thing is being able to feel like you’ve succeeded in safely carrying people.

‘You might have flown them thousands of miles in the space of a few hours taking them somewhere that they might never have been before or back home after years of not seeing family and friends.’

She added: ”I look back and think how weird it is that I was serving people their meals and now I’m flying planes around.’ 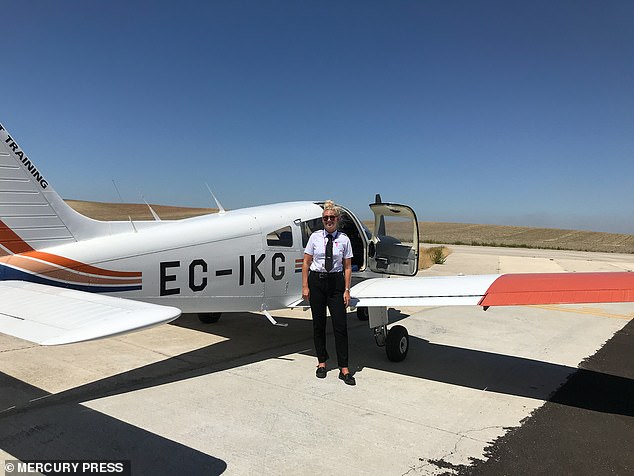 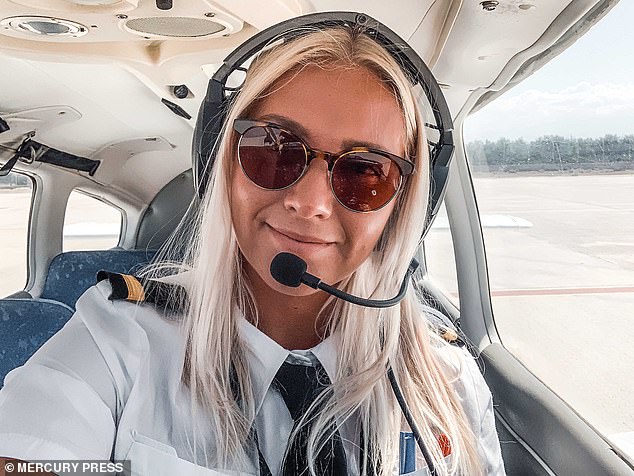 Suzie said you might have flown someone somewhere that they’ve never been, or taken them back home after spending years away 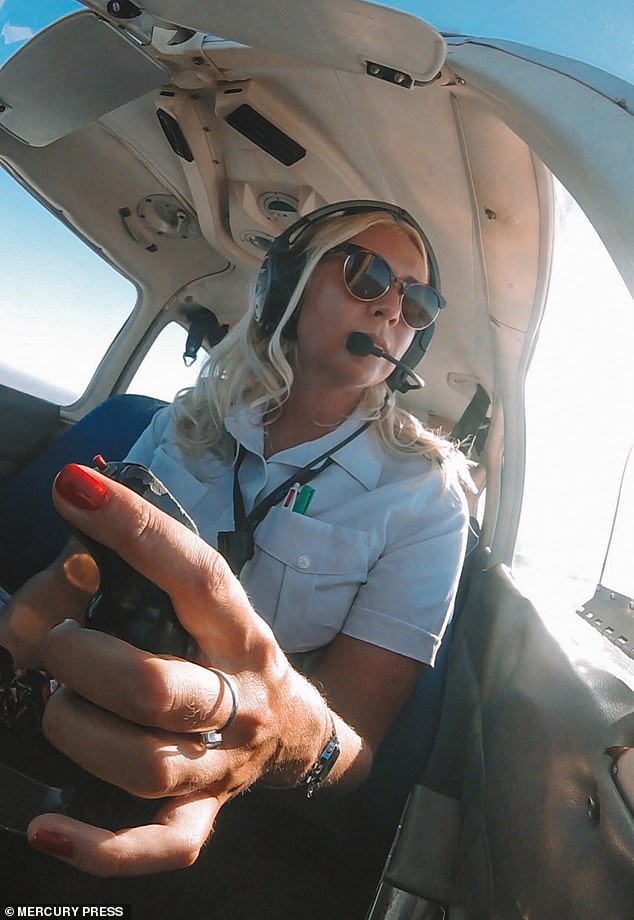 After quitting her role for British Airways, Suzie (pictured) returned home where she was able to work towards saving for her pilot training