FROM HEAD TO TOE: Giuseppe Zanotti has teamed with artist and activist Laetitia Ky to promote the second drop of his Icons project.

Launched last December, Icons includes reeditions of the brand’s most successful styles, which are reinvented with a contemporary twist while preserving their original aesthetic.

While the first drop featured as protagonist the Venus stiletto from fall 2012, for the project’s second iteration, Zanotti chose the Amira bejeweled sandals. First introduced with the spring 2005 collection, the Amira features metallic embellishments, rhinestones and beads.

Images released by the company depict the shoes as worn by Ky, known for the sculptural shape she creates with her own dreadlocks. 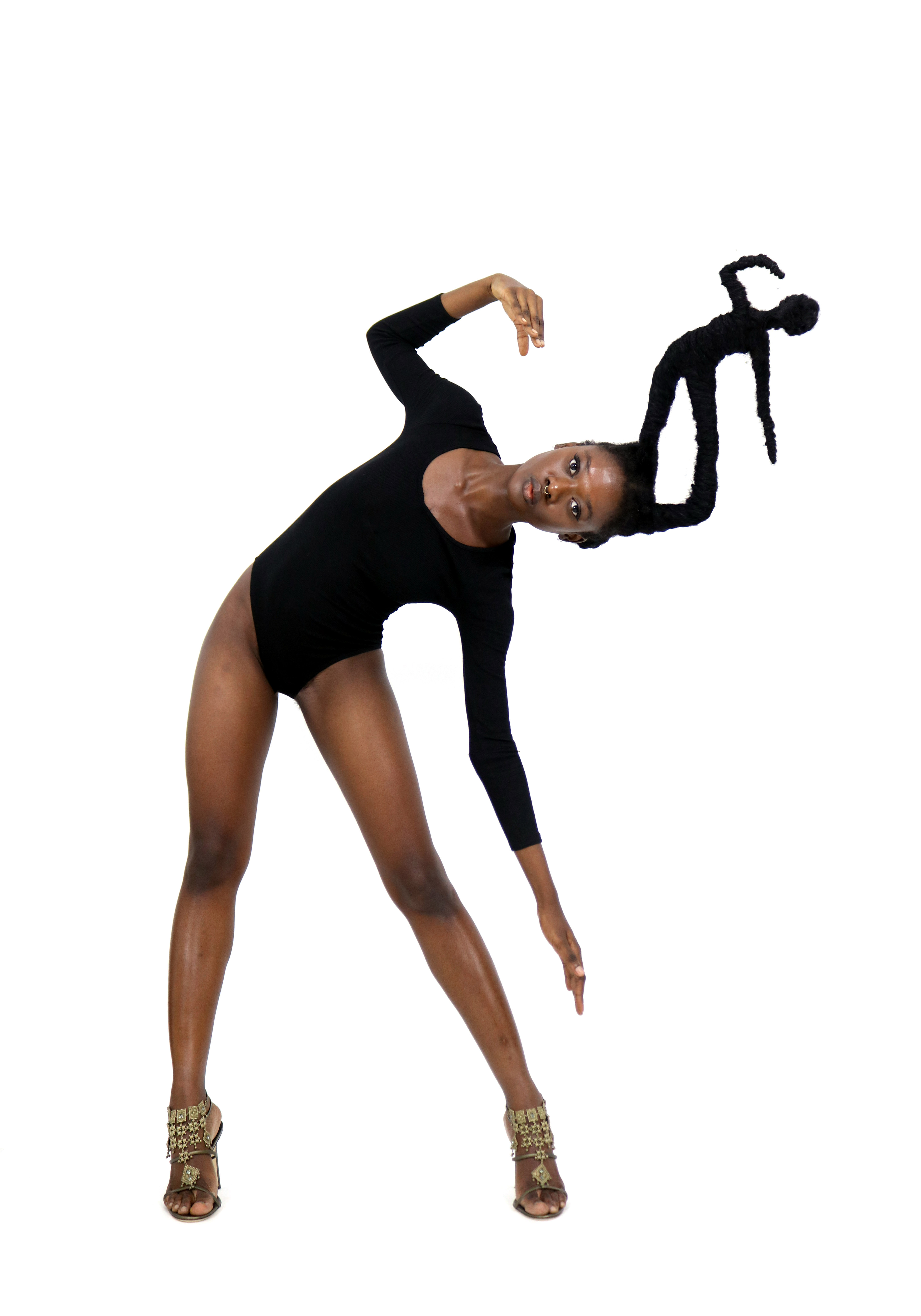 Laetitia Ky created her signature hair sculptures for the launch of the second drop of Giuseppe Zanotti’s Icons project.

“For me, Giuseppe’s creations are like wearable works of art — they transport you and lift you up,” says Ky, who created hair sculptures inspired by the dance moves that models perform in the video realized by Zanotti to present the Amira reedition. “I love the creativity behind the Icons project and the chance to co-create with Giuseppe.”

“Laetitia is a source of inspiration,” Zanotti said. “Her work is at once emotional and modern and I love how she brings her own vibrancy and point of view to the Icons project.”

Previously, Ky collaborated with Marc Jacobs on a range of hair sculptures inspired by the American designer’s new bag designs.

Along with Ky’s artworks, the Giuseppe Zanotti brand will support this week’s launch of the reedited shoe — hitting Giuseppe Zanotti boutiques and online shop, as well as a range of stores around the world — with a talk on the Clubhouse app on Wednesday.