Have you ever wondered how to find your center? It’s a space Maurice Harris claims, ever so wryly, not to have a clue about during the opening sequence of episode six of his Quibi series, Centerpiece With Maurice Harris. But then he fesses up. 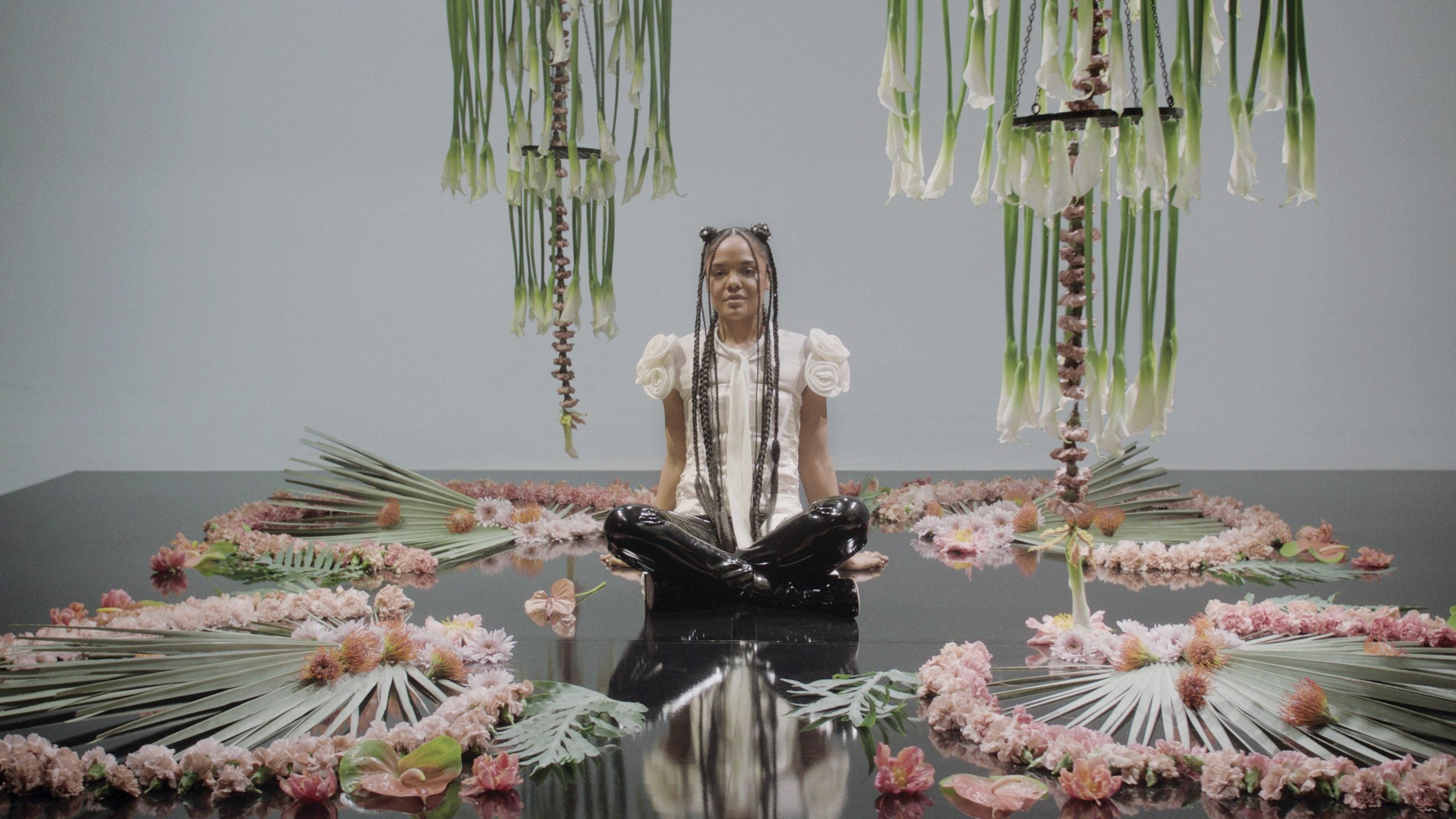 “Whenever I’m in nature, I try to stay very still, very quiet,” he says. “That’s how I receive my creativity and my messages.” Once upon a time, Harris dreamed of becoming a “famous fashion designer,” but fate had other plans. He is now the co-owner, with his younger brother, of the Los Angeles based floral design company Bloom & Plume, which he launched a decade ago.

I’ve always been interested in forwarding the conversation on Black creativity, on freedom, on my own version of Black excellence.” 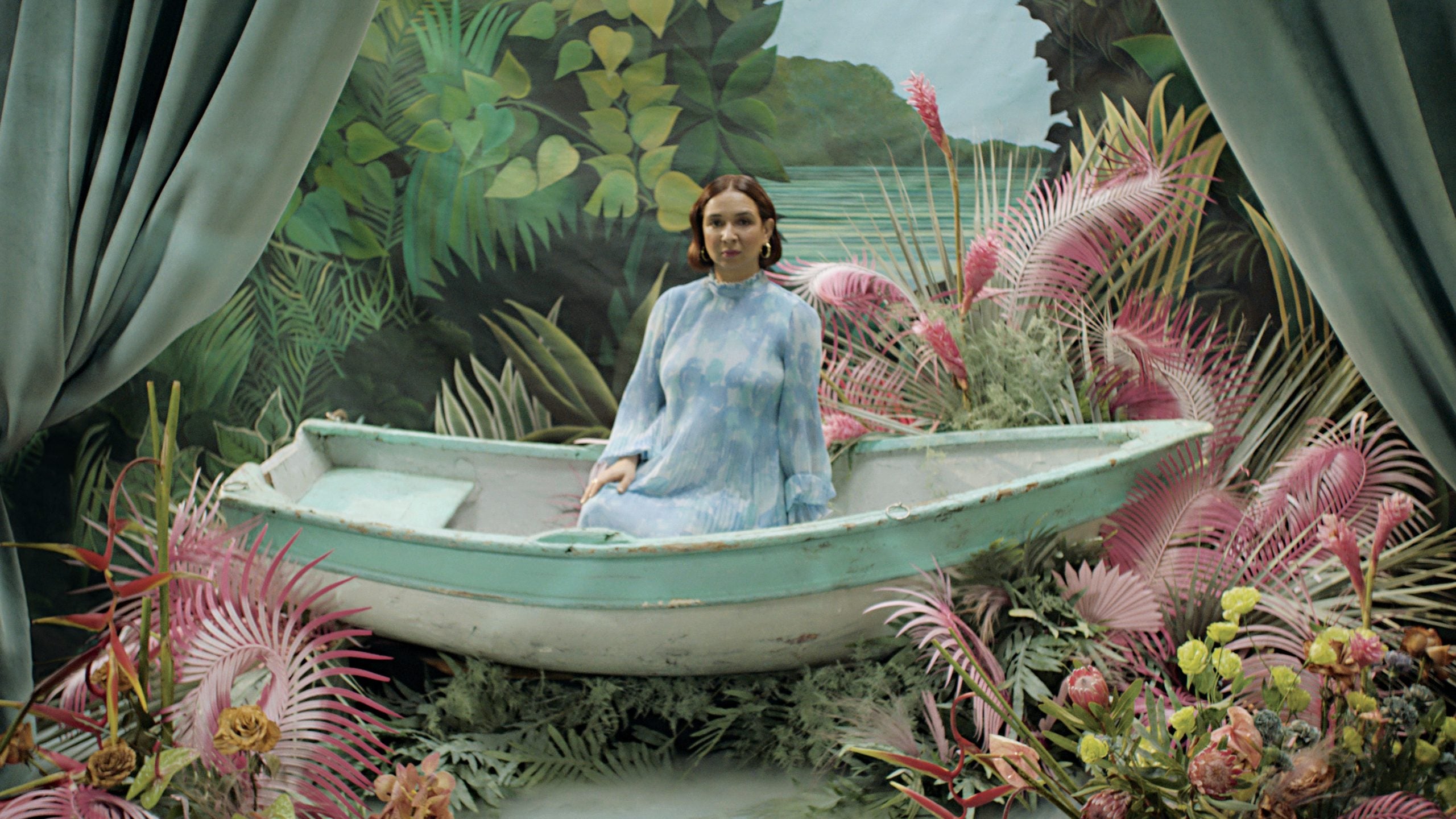 Along with his penchant for rearranging his mother’s furniture, which he began doing as a 7-year-old in their Stockton, California, home, he would later follow the example of the family matriarch. “My grandmother, Evelyn Kennedy, is a milliner,” he says. “She makes church lady hats and is pretty incredible at it, too. 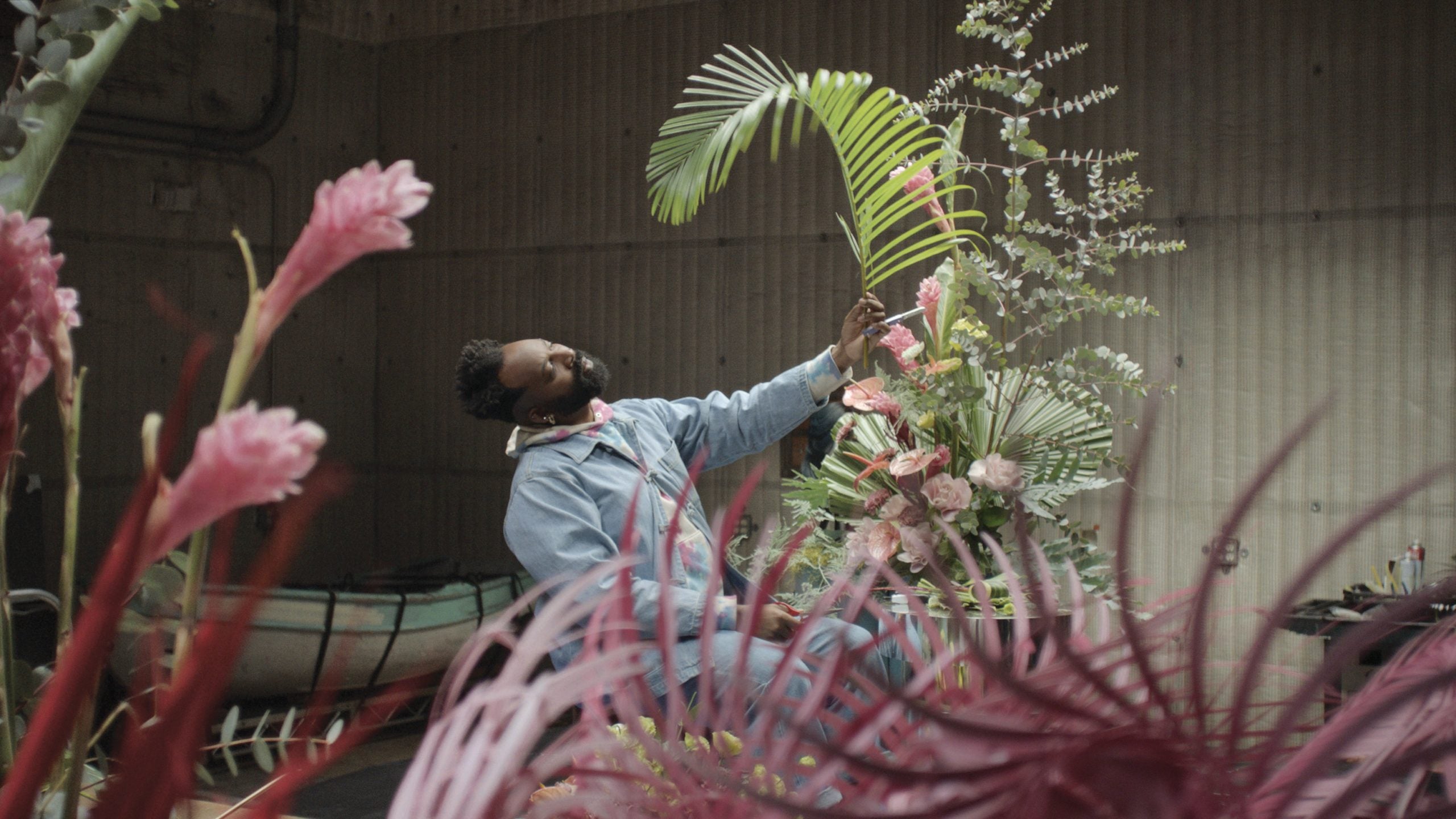 She also does a lot with flowers, so I was always watching how she composed and arranged things. I thought it would translate into fashion, but instead it manifested with me continuing her legacy and taking it even further.” Centerpiece is an extension of his floral work, yes, but it also offers viewers a peek inside the process of fellow artists, including directors and actors like Melina Matsoukas, Rashida Jones, Maya Rudolph and Tessa Thompson and singer–songwriter Moses Sumney. 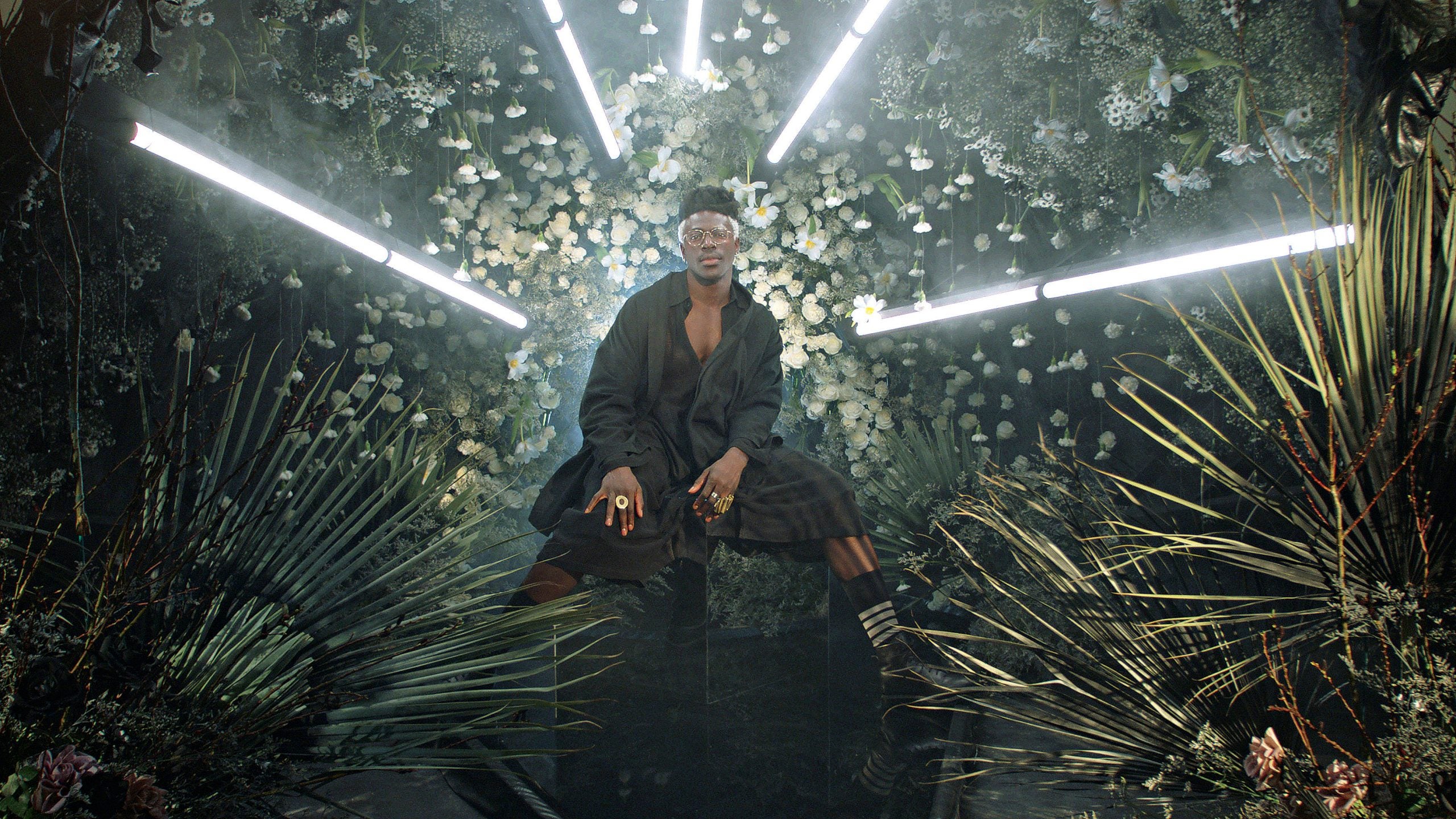 “I’ve always been interested in forwarding the conversation on Black creativity, on freedom, on my own version of Black excellence and what that looks like,” he says. During each approximately seven minute episode, for which his mom plays the organ and his sister is known to make cameos, he talks about inspiration with his guests. In response, he makes exquisite floral installations in their honor. It’s a win-win for all. 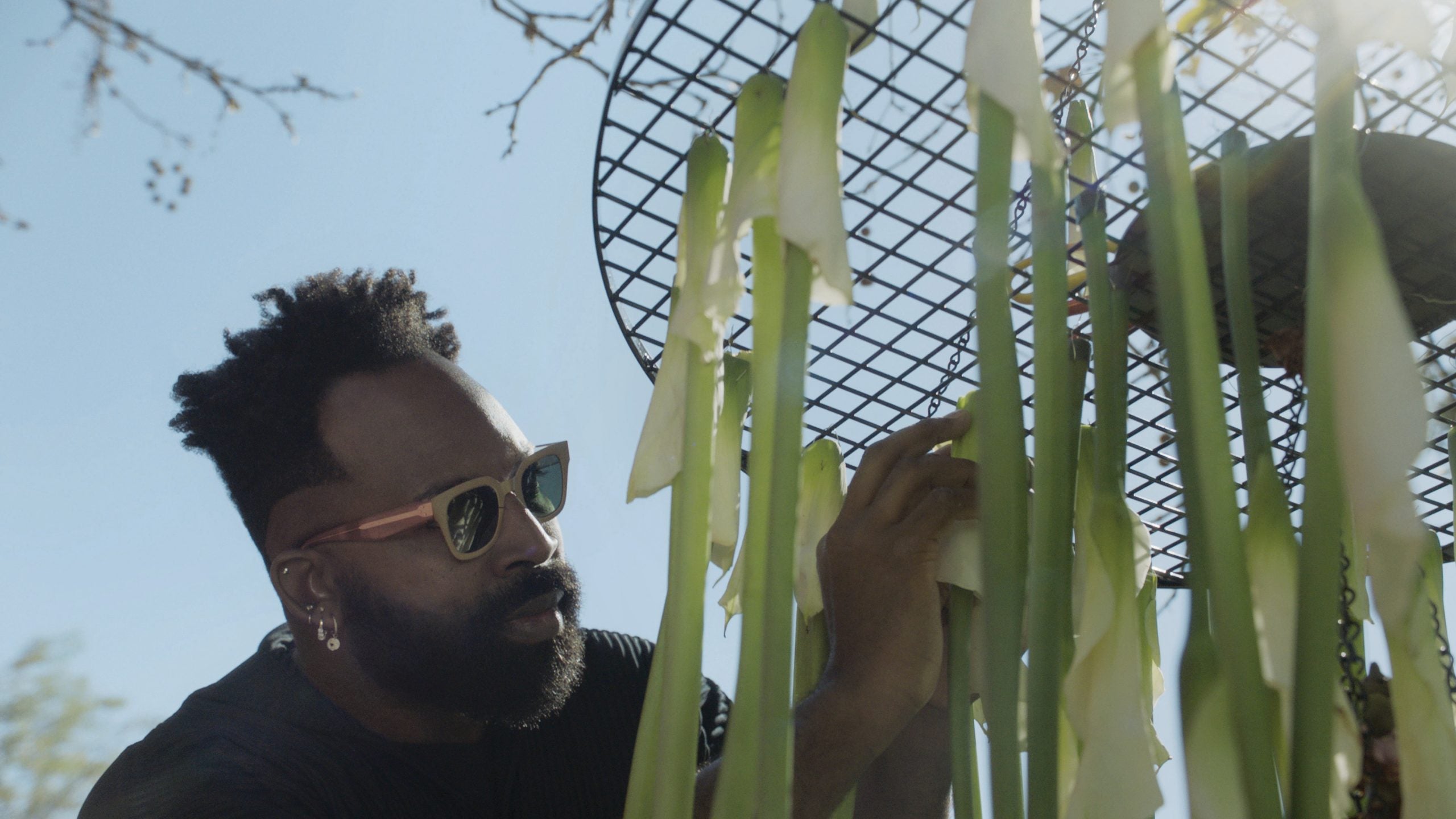 Now, as Harris awaits a season two order—fingers crossed!—what is he looking forward to next? Well, like a still-blossoming flower, there are layers to it. “I want my work to be sustainable, so turning Bloom & Plume into a creative agency really interests me,” he muses. “So does growing the coffee shop and throwing some other things on the screen. I may not know how I’m getting there, but you’ll see me there.”