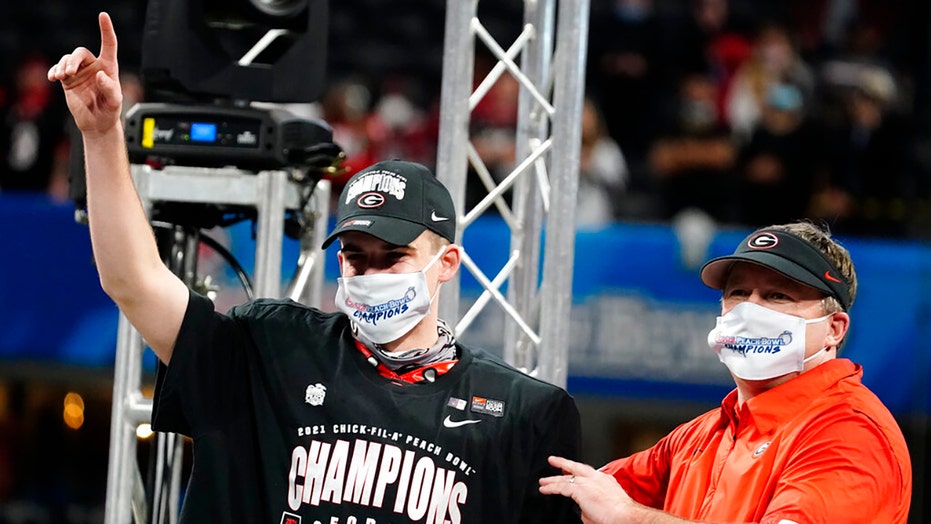 The University of Georgia scored 14 unanswered points in the fourth quarter, including a game-winning 53-yard field goal from Jack Podlesny to defeat the University of Cincinnati 24-21 in the Peach Bowl to end the Bearcats’ hopes of a perfect season.

The Bulldogs kicked the field goal to cap off an eight-play, 44-yard drive that started with five consecutive completions from quarterback J.T. Daniels. He threw a 4-yard pass to John FitzPatrick to get Georgia to the Cincinnati 36-yard line before throwing two incomplete passes, which were followed by a field goal.

The field goal would put the Bulldogs up 22-21 with 3 seconds left in the game. Georgia secured a safety on Cincinnati to add two more points to its final score.

Daniels finished 26-for-38 with 392 passing yards, a touchdown pass and an interception. George Pickens had the lone touchdown catch. He finished with seven catches for 135 yards.

Podlesny hit two field goals in the fourth quarter and Zamir White ran for a 9-yard touchdown to help the comeback.

Cincinnati ends its season with one loss. The Bearcats were leading 21-10 at the end of the third quarter.

Desmond Ridder was 24-for-37 with 206 passing yards and two touchdown passes for the Bearcats. Jerome Ford ran for 97 yards and a touchdown to lead all ball-carriers. Josh Whyle and Alec Pierce both had a touchdown catch.

For Podlesny, it’s the longest made field goal of his collegiate career. The sophomore was 76.9% in field-goal attempts coming in with his previous long being 51 yards.