In 2006, Britney Spears had reached her professional and personal nadir, brought down in part by incessant tabloid coverage of her tumultuous personal life. Attempting to regain control of the narrative, she booked a primetime interview with then-“Today” show co-host Matt Lauer.

It’s deeply unsettling to stumble upon archival footage of Lauer, or Charlie Rose, or Mark Halperin, or any of the other prominent men in media who were ousted after being accused of or admitting to sexual misconduct amid the Me Too movement. It’s even more unsettling when it’s footage of them covering a story involving sexism, misogyny or abuses of power. Once you see it, you can’t unsee it. And these clips are everywhere because of how ubiquitous and influential these men were.

“Framing Britney Spears,” a new documentary from The New York Times, FX and Hulu that premiered Friday, is about Spears’ gradual loss of control over her narrative. Since 2008, the pop icon’s life decisions and finances have been under a conservatorship mostly controlled by her father, Jamie Spears. Over the years, Free Britney advocates have called for ending the conservatorship and allowing the singer to regain control over decisions about her own life. The documentary explains the conservatorship but then shifts its focus backward, tracing how Spears got to this point ― and in the process, how sexism and misogyny figured heavily in the media coverage of her. It strings together a trove of archival footage about Spears in the 1990s and 2000s, including that jaw-dropping interview with Lauer. Framing the documentary this way astutely illustrates how we haven’t properly reckoned with the extent to which misogynistic men have controlled media narratives and the ways their influence has permeated our culture. 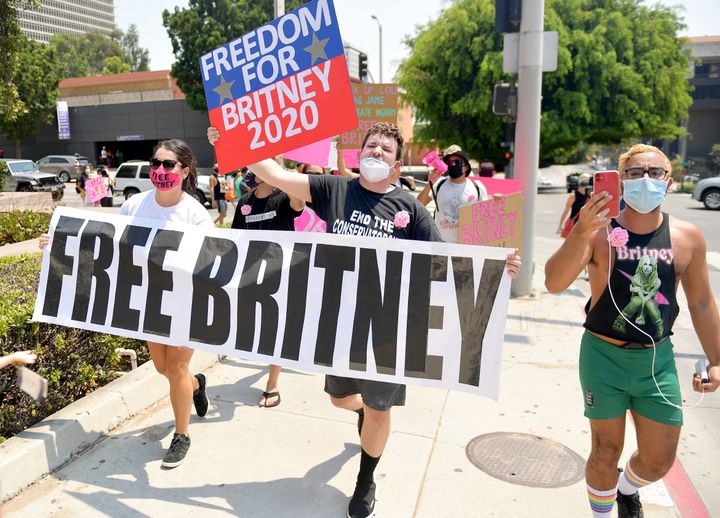 When Spears rose to stardom in the late 1990s, the mainstream media didn’t know how to cover stories involving women’s sexuality without sensationalizing it and talking about it in lewd terms. Spears and other female celebrities, especially young women, faced a barrage of abhorrent questions about their sex lives. As The New York Times’ Wesley Morris points out in the documentary, Spears’ ascent came at the same time as the round-the-clock media coverage surrounding Monica Lewinsky, which was similarly misogynist and sensationalist.

By the mid-2000s, the media coverage of Spears, fueled by tabloid culture and the paparazzi, focused on her public unraveling, spinning out tales that branded her as an unfit mother and used gendered dismissive terms like “crazy” and “hysterical” — culminating in the infamous head-shaving moment.

When examined through this lens and from a distance, Spears’ rise and fall shares a lot of similarities with the media narratives on other unfairly maligned women, from Lewinsky, to Tonya Harding, to Janet Jackson. (Jackson has something else in common with Spears: Justin Timberlake was a pretty prominent figure in her downfall, and unlike the two women, he came out of both scandals relatively unscathed.) 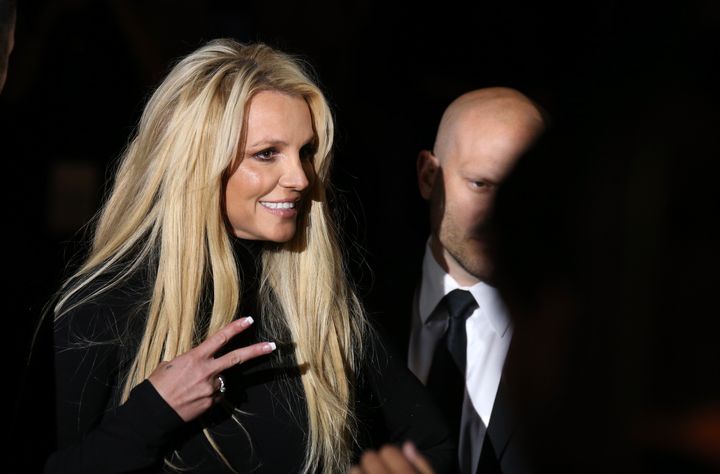 When the Me Too movement accelerated in the fall of 2017, there was some attempt to begin reckoning with the ways misogynistic men wielded largely unfettered control over the stories that were told in popular media and the ways that they were told. Writers like The Cut’s Rebecca Traister and my colleague Emma Gray wrote incisive pieces on this subject. The extent to which sexism and misogyny have polluted media narratives about women is also a recurring theme in the podcast “You’re Wrong About,” hosted by journalists Sarah Marshall and my colleague Michael Hobbes. Over the weekend, in response to the Spears documentary, writer Jordan Crucchiola compiled a Twitter thread of some appalling magazine profiles of female celebrities from the early 2000s (mostly written by men, of course).

But the larger discussion about this has faded over the last few years. Perhaps it’s because, like so many problems that aren’t easy to fix, this is institutional and structural. It’s not the fault of any one person or entity. It’s the fault of an entire rotten system, and there’s no societal blueprint or roadmap for what this reckoning could look like. But the first step is looking back at the past, and documentaries like “Framing Britney Spears” and other works that place events in their proper context and examine them with a wider lens can help us begin to do that.