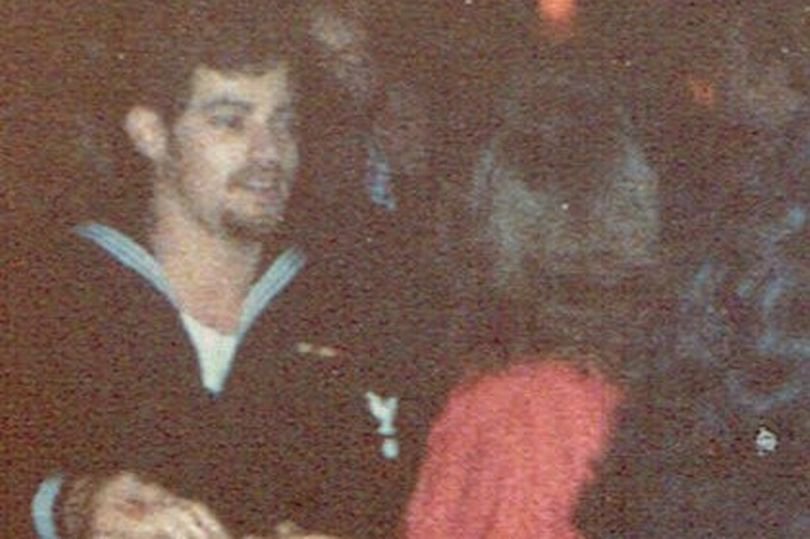 A former sailor with the US Navy has reached out across the Atlantic to try to find the girl he spent just 12 hours with, four decades ago.

Now 64, Edward Martino met the girl of his dreams when he was just 22, while his ship was docked in Hull.

Many years have passed, but Edward has never forgotten this woman. She left a lasting impression on him and, despite having been on only two dates, he is now trying to track her down.

Edward posted on a Hull Facebook page: ‘Looking for a girl I met over 40 years ago in a place called Romeo and Juliet’s. My ship docked in Hull and her name was Katrina Jarvis.’

Edward, who lives in the US, says: ‘I’ve never told anyone about this.

‘I was in the US Navy when I met the lady in question in 1979. I was a sailor on board the USS Mullinnix DD944 and we docked in Hull for a long-needed rest.

‘I was at Romeo and Juliet’s on our second night in Hull. The club was throwing a party for the sailors of my ship and only my ship’s crew and women from Hull were allowed in.

‘I saw a girl sitting alone drinking as she called it “a half a lager.” I walked up to her, wondering why she was alone. I asked if I could join her and she said yes.’

When the pair started talking, Edward says he realised just how sweet this young woman was.

‘She had a soft comforting voice,’ he recalls. ‘She seemed a bit lonely but still had a smile that made me smile too.

‘I felt like the luckiest guy in the club because I managed to meet the most adorable girl in Hull.’

The couple spent the rest of the evening together, talking, dancing and having a few beers.

‘When it came time for her to go, I offered to walk her home and she agreed,’ says Edward.

‘I walked her home and she asked me if I would like to visit her the next evening. I would have been crazy to say no.’

But in a heartbreaking ending, Edward had leave Hull after just two dates. He says the memory of Katrina has stayed firmly in his mind.

‘The next evening I went to her house and we sat close holding hands,’ he says. ‘We talked and watched TV and at some point she put her head on my shoulder and fell asleep.

‘I hated to have to wake her but I had to go. My ship was leaving that morning. I would have much rather held her while she slept but duty called. We kissed goodbye and that was the last I saw of her.

‘I was 22 years old and had spent a total of about 12 hours with a person you only meet once in a life time. All I knew of her was her name was Katrina Jarvis.’

One other detail that he had was that she worked in a sausage factory.

‘I didn’t know her age or if she had a middle name, but I never forgot her,’ she says.

‘I had been in the navy for four-and-a-half years. I was far away from home and for a short time this beautiful girl made me forget all of that. I regret not getting her address to keep in touch.’

Edward, now 64, said thanks to social media he has managed to find many of his old crew, but he now hopes to reconnect with Katrina too.

‘I’ve been able to reconnect with so many of the guys I served on board ship with. We don’t think of each other as friends, we are brothers,’ he says.

‘The reason I wanted to reconnect with Katrina is I have always wondered how she is, if she is happy and has a good life. I’m not looking to disrupt her life.

‘If she’s married and has kids and grandkids I’m happy for her and I hope she knows the time we spent together was very special to me. It was the quality not the quantity.’

Edward says he married two years after meeting Katrina but the marriage was short-lived and he divorced eight years later.

‘My marriage was a disaster and I never remarried. I have kids and grandkids,’ he adds.

He says his Facebook appeal threw up a few possible leads, but he is still waiting to hear from the one person who holds a special place in his heart.

‘I’ve heard from a couple of people who claim to know Katrina,’ he says. ‘They said they will try to get word to her so all I can do is wait.”‘