A FORMER professional footballer has been found dead in his bath after being electrocuted in a freak domestic accident.

Santiago Otero’s wife raised the alarm after discovering him lifeless alongside his mobile at their home in Madrid when she returned from a night shift.

Police believe he was electrocuted after his phone fell into the water while he was charging it.

The 38-year-old, from the Galician town of Viveiro north of the city of Lugo, is believed to have died up to ten hours earlier as he took a bath after his partner left for work.

"A 38-year-old man has died after being electrocuted while he was having a bath.

"Paramedics could only confirm he was dead on arrival. His partner is being assisted by trauma counsellors.

"The causes are being investigated by police."

Local reports said the dead man, whose full name was Santiago Otero Gonzalez, had a burn mark on his chest where his phone was found.

Paramedics were the first to reach the property after the alarm was raised around 8am on Wednesday but could only certify the victim’s death.

Santi, as he was better known in his native region, had retired from professional football after playing as a centre forward for several clubs.

The father-of-two, nicknamed Catanha after the Brazilian-born former Spanish international, played for Real Oviedo’s youth side for a season as well as his home town team and other Galician sides including Xove Lago and Folgueiro.

Union Deportivo Folgueiro tweeted after learning of the tragedy: “Today is a sad day for our football family due to the death of our former player.

“He was a great companion and a friend to us all, who brightened up our afternoons with his goals and laughter.

“We send our condolences to his family and friends. Rest in peace. So long friend.”

Santi, who still played seven-a-side football in his spare time, had moved to Madrid from his native Galicia for work reasons and was living in the Spanish capital’s Latina neighbourhood.

Spanish National Police have not yet made any official comment and the results of the post-mortem have not been made public.

They have instead been sent directly to a court tasked with a routine probe into the death as is normal in Spain.

In May a Swiss woman died after her mobile phone fell into her bath while it was charging.

The 22-year-old fashion retail worker was electrocuted in the accident, which happened in the cathedral city of Gossau.

Reports at the time said she was charging her phone while watching a TV show.

A spokesman from the public prosecutor’s office blamed that tragedy on a 'defective charging cable.'

In March a four-year-old found his mother electrocuted in the bath in the Russian town of Toguchin after an extension lead she was using to charge her mobile fell into the water. 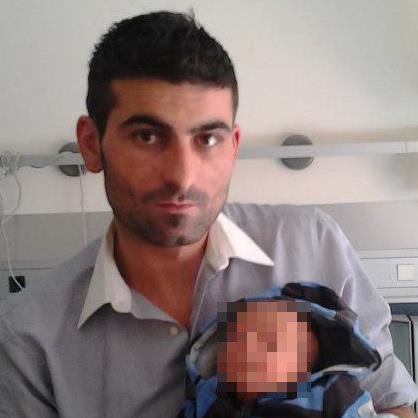 Anastasia Scherbinina, 25, died from a massive electric shock as she was speaking to a friend.

Her son rushed into the bathroom when he heard a 'strange bang' and found his mother unconscious.

The boy managed to save his own life by unplugging the cable before trying to resuscitate his mother who had a 'huge burn' on her chest.