An entire season of the Food Network’s “Worst Cooks in America” has been scrubbed from streaming services after its winner was charged with allegedly killing a toddler.

The Food Network did not immediately respond to HuffPost’s request for comment.

Last Tuesday, Season 20 winner Ariel Robinson, 29, and her husband, Jerry Robinson, 34, were arrested and charged with homicide by child abuse, according to press releases from the Simpsonville, South Carolina, police department.

According to their arrest warrants, sent by the South Carolina Law Enforcement Division, the Robinsons are accused of inflicting a “series of blunt force injuries” on a 3-year-old in their care, identified as Victoria Rose Smith. Police found Victoria unresponsive at her home, and she later died at the hospital. 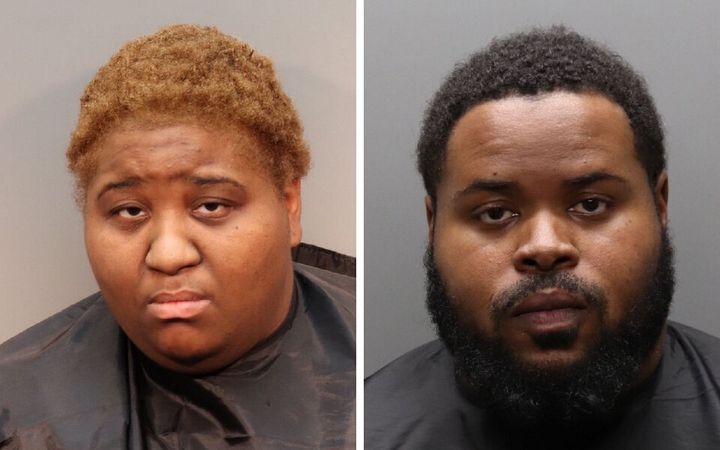 Victoria, who spent most of her life in foster care, had been adopted by the Robinson family, local NBC affiliate WYFF News 4 reported.

“When she entered a room, all eyes were on her, because she demanded it and she was a cutie,” said Tiffany Huggins, who was a foster parent to Victoria for 10 months, until right before the Robinsons adopted her.

“She was just a natural,” Huggins told WYFF. “She had the best personality and I’m not just saying that ’cause I was her momma, but she was just our light. She was a beautiful child, inside and out.”

Ariel Robinson, a former middle school teacher and local comedian, told WYFF in August that the $25,000 grand prize she won on the Food Network would help her family, which had recently adopted three children — including Victoria.

“I just know that the Lord had his hands on me and he had a purpose for me to go on there,” she told the news station. “He knew we were going through this adoption, we really could use the money, and he just let everything work out for our good.”

TMZ obtained footage of one of Robinson’s standup routines in which she talked about a social worker coming to her home to make sure she was a fit parent for adoption. In the routine, she described how two of her sons were being rambunctious when the social worker came by and joked that she should’ve locked them in cages.

When the boys continued to act up, Robinson joked that she yelled, “Shut up before I come in there and punch in your throat!”