The Florida restaurant manager credited with saving a young boy from an abusive household has revealed why a simple update from the authorities was her most cherished birthday gift of the year.

On Wednesday, which was also her birthday, Flaviane Carvalho received a special letter from investigators working on the case of the 11-year-old boy she helped rescue on New Year’s Day. 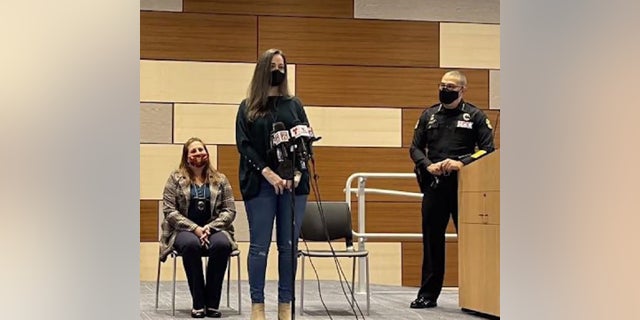 Flaviane Carvalho recalls how she helped save an 11-year-old boy from an alleged abusive home.
(Orlando Police Department)

Investigators told Carvalho that the child is doing well and on the mend — which Carvalho called the greatest gift of all, according to WFTV,

“I’m super glad. I’m happy for him,” she told the outlet. “It just warms my heart that now he has a better chance in life and he’s being treated well and feeling love and being taken care of.”

Carvalho has been praised as a hero for acting quickly to intervene during her shift at Mrs. Potato Restaurant in Orlando on Jan. 1. The server and manager suspected something was amiss when a family of four sat down for a meal, and the young boy apparently wasn’t allowed to order. 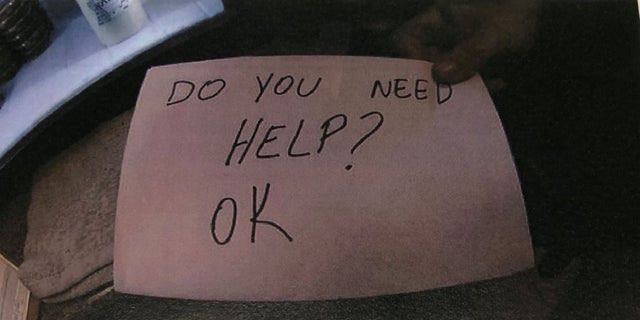 A waitress at a Florida restaurant helped save an 11-year-old boy from an abused home, police said.
(Orlando Police Department)

Seeing scratches and bruises on his face and arms, she discreetly flashed the boy a sign – out of the parents’ view – asking “Do you need help? OK.” The boy signaled he did, prompting her to call 911.

Following his initial hospitalization, doctors determined the child was 20 pounds underweight, and suffering from serious injuries.

“In the opinion of the lead investigator, that child was destined to be killed,” a police spokesperson said, per WESH.

Authorities suspect the boy was targeted by his stepfather, Timothy Wilson II, because he is not Wilson’s biological child. Wilson was arrested on multiple counts of third-degree child abuse, and remains in custody in Orange County Jail. The boy’s mother, Kristen Swann, was also arrested on charges of child neglect, though she is currently out on bond.

While praise pours in for Carvalho from far and wide — almost $40,000 has been raised on her behalf, while local customers continue to bring “flowers, teddy bears and money” to the restaurant — she is most thankful the child is now safe.

“It’s crazy,” she explained. “I didn’t expect any of this at all in my whole life.”

With the thousands raised, Carvalho told WFTV she plans to reorganize her finances, go away for a weekend with her family, and start a philanthropic foundation “to help encourage the community to reach out in cases where they feel something may be wrong.”