Florida Gators forward Keyontae Johnson was released from the hospital Tuesday after collapsing during a game 10 days ago, his family said in a statement. “We continue to be amazed at the pace of his recovery and look forward to spending Christmas together as a family,” the statement said.

Johnson, 21, collapsed on the court during a game against the Florida Seminoles on December 12. He was given brief medical attention courtside before he was transported to a nearby hospital.

Soon after, the school said Johnson was in stable but critical condition. A few days later, his parents said he was breathing on his own and had been speaking with doctors and his teammates.

“Along with so many well wishes and prayers, we’ve understandably gotten questions about the cause and extent of Keyontae’s illness,” his family said Tuesday. “As much as everyone involved wants firm answers, the process to draw definitive conclusions continues, and we ask for patience as the medical professionals continue their work.”

Johnson’s family said they are committed to sharing updates on his condition that could potentially help others. “When we have that, we will share it.” 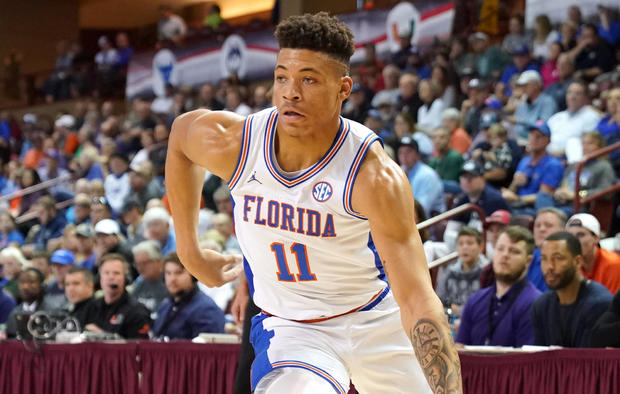 The incident struck an understandable blow to the Gators community. The team has postponed four games since and will resume play after the new year.

“This has been an emotionally taxing time for Keyontae’s family, friends, and teammates,” Scott Striklin, the school’s athletic director, said last week. “Our hope is that everyone impacted will take an opportunity  to process those emotions and regroup ahead of the start of the new year.”

It’s unclear what caused Johnson’s collapse. This summer, he tested positive for COVID-19, which can cause an infection of the heart muscle known as myocarditis. But conference rules require players to undergo heart testing and physical exams before they can return to the court.