Can’t help boasting about your forest bathing and wild swimming…Fess up – you are just a smug health signaller!

Have you started the year determined to get mind, body and soul together? Good for you. Do me a favour, though — keep it to yourself.

Social media seems to have become one, huge wellness brag as people post endlessly about everything from what they ate for breakfast to how long they slept for.

So called ‘health signalling’ is the latest smug trend where the most important part of living a wholesome and mindful life is not to feel better, but to make sure others know all about it. 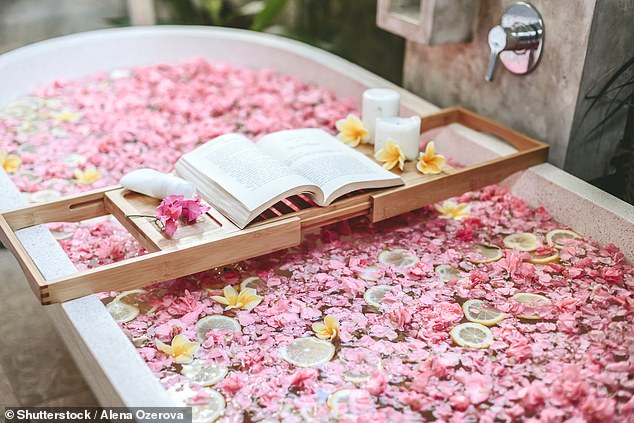 Remember when it was decreed 10,000 steps (the rough equivalent of 8 km) was the gold standard to aim for every day? Well, the super steppers laugh in the face of 10,000 steps.

They’ve done that many before breakfast. They never use the world ‘walk’, they ‘hike’, and delight us all with screenshots of the trails they took together with their step tally.

If the super stepper hasn’t reached her 25,000 target, she’ll jog on the spot before bedtime until she does.

Who’d have thought washing yourself would become something to boast about? But we’re not talking about a quick shower, rather a bathtime ritual to be shared with the world.

The bathing beauty will usually be in a clawfoot tub surrounded by dozens of scented candles as she poses with a book of poetry that she never actually reads.

Setting her phone up on a tripod, getting the angle and lighting just right and re-arranging the bubbles, all to demonstrate the power of ‘me time’ sounds so relaxing doesn’t it? Just have a normal bath! 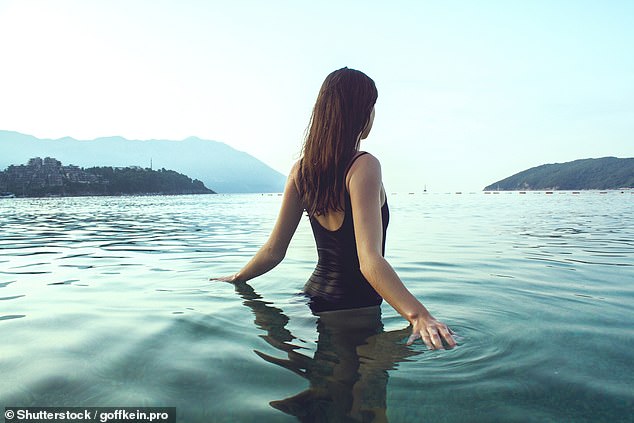 There she is, sitting cross legged in her £200 cashmere pants, eyes shut, hair all wild and tousled, thumb and forefinger pressed together as she ‘Oms’ her way to her special place.

She’ll list all the ways meditation has improved her life — not to mention gaining her 2,000 new followers on Instagram. What a shame her special place isn’t somewhere there is no Wi-Fi.

Said to boost circulation and the immune system, there is now a whole tribe of women who plunge into rivers, ponds and seas in all weathers in order to improve their health.

The photos they upload to social media will show them shivering and about to boldly take the plunge — not emerging with blue lips and covered in green slime. 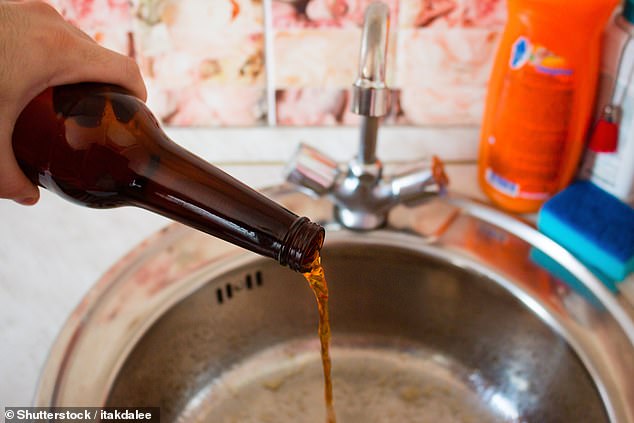 Hands clasped around a mug of steaming green tea as though her life depended on it, she is cleansing her body of impurities and wants you with her every step of the way.

Gwyneth Paltrow is her role model as she glugs down revolting looking green juices and bone broth, while her constant mentions of ‘gut flora’ put you off your 13 in American Hot pizza with extra cheese.

Any sensible person who took up dry January on the 1st would have ditched it by the 4th, as soon as news of the second national lockdown was announced.

Being under house arrest in a freezing cold January is miserable enough, thank you very much.

But for some health signallers it provided ultimate bragging opportunities — their resolve is so much stronger than yours.

Many dry January participants are people who drank in moderation to start with yet will post about being ‘nine days sober’, as though they were some raging alcoholic knocking back cheap cider in the park.

While everyone else is cracking open the Pinot Noir, they are holding firm and annoying the hell out of us all by banging on about how there are more calories in half a bottle of wine than a vegetable stir fry.

Maybe, but one of them is going to get me through this winter, and it’s not the beansprouts. 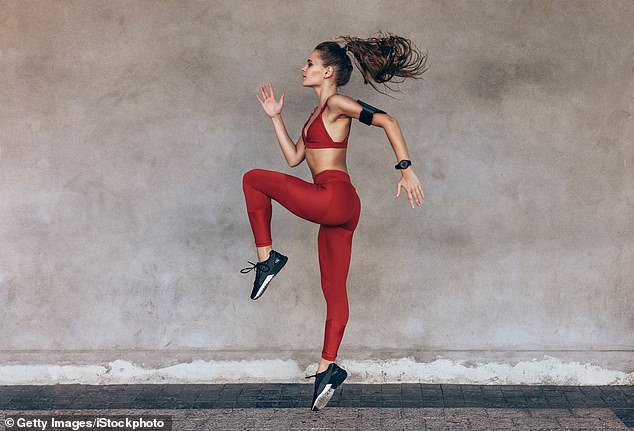 Who doesn’t enjoy a pyjama day? Curled up on the sofa with a favourite book or boxset and feeling slightly guilty that the laundry is piling up and the plants need watering.

But for some wellness braggers it’s nothing more than a photo opportunity.

Cushions and sheepskin throws will be carefully arranged, the Diptyque candles will be burning, interiors magazines are scattered on the coffee table and a pretentious subtitled film will be frozen on the TV screen.

They’ll be in full make-up and sporting a bouncy blow dry as they post about the importance of taking time out to just chill and do nothing — apart from taking selfies and pretending to like Ukrainian cinema.

Nothing fascinates me more than knowing that someone on Facebook went for a run.

I’m on the edge of my seat as they detail: the steepness of the inclines, the danger of the terrain, their heart rate at various stages and whether the run was any kind of ‘PB’ (personal best).

I love to be shown a map of the course that they ran along with black and white photos of them lacing up their trainers.

They’ll claim that running keeps them sane. It’s just everyone else it drives mad.