Why do loved clothes last?

While the book was originally set for a September 2020 release, in De Castro’s eyes, the delay only offers the book a broader relevance after the unshakeable revelations brought on by the pandemic.

“Certain issues have boiled up to the surface. I talk a lot about fashion being racist, the inequalities of power, the imbalances of justice.…The coronavirus has really exposed [these meaty issues], so now I’m thinking it is a fairly mainstream audience that I’ll be speaking to,” reflected De Castro.

Before launching Fashion Revolution in 2014 with cofounder Carry Somers, De Castro was a designer herself, running a design studio called From Somewhere that employed 14 women in crochet work. Now that Fashion Revolution (she refers to as her “child”) spans 92 countries, De Castro is seeing the equal importance of turning inward.

“My whole career in fashion started with a hole, a crochet needle, some beads and a ball of yarn, in 1997. My Venetian grandmother, Nonna Stanilla, taught me how to crochet when I was six and, as far as I am concerned, not even learning how to drive several years later compares to the high of being capable of essentially creating fabric,” described De Castro, in her book.

The Year of Ox Capsules Collections

Chapters span topics like the gendered lens of needlework to “the internet and the rise of craftivism,” to elements of change within the fashion system (fibers, upcycling, scale-recycling, resale and rental). Peppered in throughout are instructions on basic sewing repairs, reading care labels, dyeing with avocados and distressing your own denim, among other actionable tips.

Her book is wedged into the self-help genre — specifically, in the crosshairs of fashion and the arts and crafts — a genre skyrocketing in recent years as mindfulness, minimalism and journaling are trends cited by market research firms like NPD Group.

“It’s really about trying to contextualize these enormous changes and these obligations that we all have nowadays into something concise and that fits with your emotions because this is not a diet book. It’s not. It doesn’t give you any prescription — but it’s self-help because it helps you to look at the importance of the self when it comes to making these changes and making sure you are armed with the right knowledge you need to believe in them,” explained De Castro.

De Castro continued to affirm the emphasis is not on “how” to mend clothes, but “why” to mend them, tracing the importance of techniques and their continuation in the modern maker movement. “It’s mending my way, and it starts with the principle of just as much as we want to mend our broken clothes — we need to mend broken systems as well,” said De Castro.

Get to Know the Modern Makers

Although the From Somewhere label is since discontinued, the nostalgia lives on below De Castro’s South London residence, where her studio was originally located. She wrote her book sitting among the flurry of activity in her kitchen, imbuing the creative energy from memories of her studio days. Be it writing or designing, busied hands define the modern maker movement.

“In my opinion, makers are the modern-day heroes, the guardians of an important legacy: in an industry that produces hundreds of billions of garments every year, those advocating and practicing a conscious slowdown are the ones pioneering change, using needles and social-media platforms as tools to fight this modern illness,” read an excerpt from her book.

“If you look at knitting, crocheting — it ain’t that different from scrolling,” added De Castro with theatrics, on the prevalence of younger makers entering the fold. “The book talks a lot about the reason why Gen Z are taking it up, and none of them are taking it up to save the planet. They’re taking it up for the right reasons — because they like it. It’s the same with selling their own secondhand clothing. It’s not some altruistic thing, it just makes sense to them,” De Castro said.

What’s important is that De Castro doesn’t think all consumers need or should take up mending and repair activities — despite the orient of the book. Instead, she knowingly provides the information that lets readers exercise their rights to mending in the marketplace, be it a local tailor or the high street. It’s something denim brands like Madewell and Levi’s already incorporate into some of their retail stores.

An Appeal to Industry

While challenging the existing media stigma around the makers movement (being relegated to craft and a particular homegrown aesthetic), De Castro also confronts the fashion industry head-on.

“Repair doesn’t just mean clothing. Rep-ar-a-tion — is an incredibly important word that we will need to be using. We will need to be redistributing lands, regiving people dignity, so the concept of making and the concept of repairing for me are both strong in terms of the lexicon and the language. They need to be appropriated and made to fit visually as well,” said De Castro.

The book makes an appeal to the industry for dignified working and transparency in clothing “ingredients,” as De Castro calls it, giving consumers a fighting chance against any toxic substances lurking in their goods. As a callout to the denim industry, there is an entire chapter devoted to “the stupidity of pre-distressed denim,” in a comical plea for originality.

“It shows how unintelligent, how undesigned it has all become. It shows how, for the sake of looking exactly the same as everybody else, we are compromising on who we are as individuals, and compromising on the well-being of our planet and the people who make our clothes,” an excerpt read. “I’m actually appealing directly to Gucci to bring back the luxury of my grandmother’s Gucci bag which was so generous compared to today’s Gucci bags which hardly have a pocket inside. I consider them to be as stingy as stingy can be,” De Castro said, trailing off but making her point crystal clear: ethics and quality have been backsliding for some time in fashion.

“One thing that’s really interesting is that I’m contacted by young designers, sourcing managers, of that early level from every single brand in the world. They contact me, [saying]: ‘Please, can you help me, I need to leave this position because it doesn’t fit with my principles. I can’t put up with this brand.’ I beg them to stay. I say: ‘Meet with your friends, organize with people in other departments. Change is gonna have to happen from within,’” De Castro said, in a nod to the influx of designer-activists emerging on the scene.

“So absolutely, this book was designed for and will be brilliantly understood by a young generation of fashion professionals,” she reiterated. 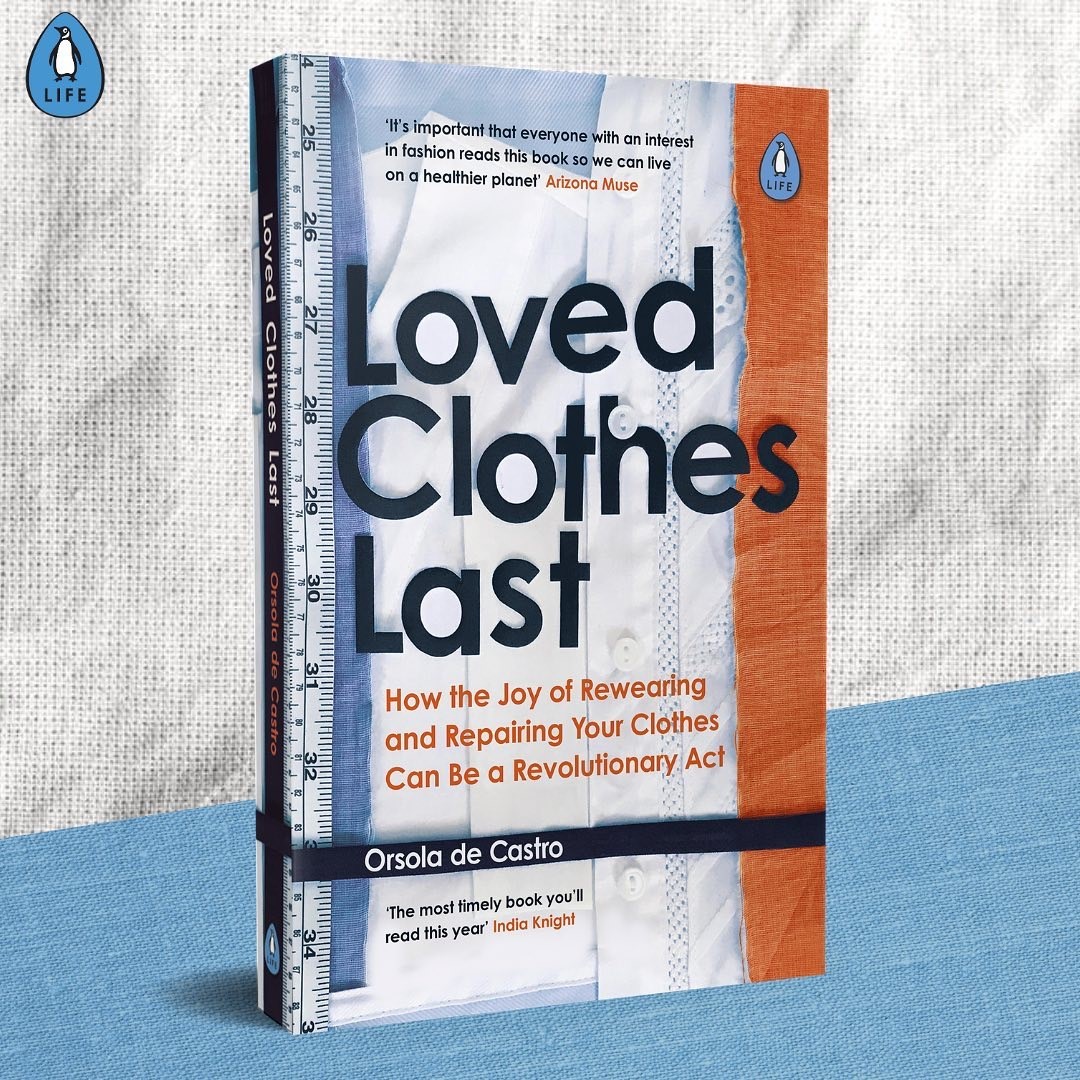 “Loved Clothes Last,” is about the joy of repairing, rewearing and caring for your clothes. Courtesy