This year's Falls Festival has been cancelled after organisers lost faith that social distancing and border restrictions would be lifted in time to allow the major music event to be a success.

Paul Piticco and Jessica Ducrou, who run both Falls Festival and Splendour in the Grass, optimistically announced in May that the summer music staple would proceed in December and January with an all-Australian line-up, but now say that will not be possible. 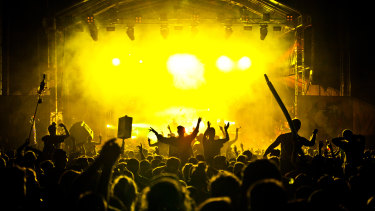 Falls Festival has been cancelled this year.

"In May, as the nation seemed to be moving into recovery mode, we were optimistic about forging ahead and supporting our local industry with an all Aussie edition of Falls Festival," the pair said in a statement released on Wednesday morning. "However, given the current status of things and border restrictions in place, it won’t be possible to hold Falls Festival in our regular New Year’s timeframe."

In the statement, Piticco and Ducrou said they would work with health authorities to get Falls "back in the calendar" with safety as the priority.

"Consider this a raincheck and please know we will be back with more information as it comes to hand."