In what is perhaps the plot twist to end all plot twists―which is saying a lot because 2020 has been a moment―Borat Subsequent Moviefilm produced some of the best acting I’ve seen in years. Say what you want about it as a whole, but there’s no denying the level of talent in the film. It takes an extreme amount of focus, dedication and skill to pull off stunts like crashing and disrupting an event with the VP of the United States or catching President Trump’s lawyer in a compromising position (no, like, literally with his hands down his pants).

We expect such ridiculous antics from Sasha Baron Cohen after his groundbreaking performance in the original Borat, but the sequel had a secret weapon no one saw coming: Maria Bakalova, who plays his daughter.

So who is this mystery actress who 1. stayed in character during the most awkward/uncomfortable/disgusting situations, 2. kept up with Baron Cohen while they did universally embarrassing things in public and 3. beat the justice department by catching Rudy Giuliani red-handed, committing indecent and (potentially) illegal behavior? 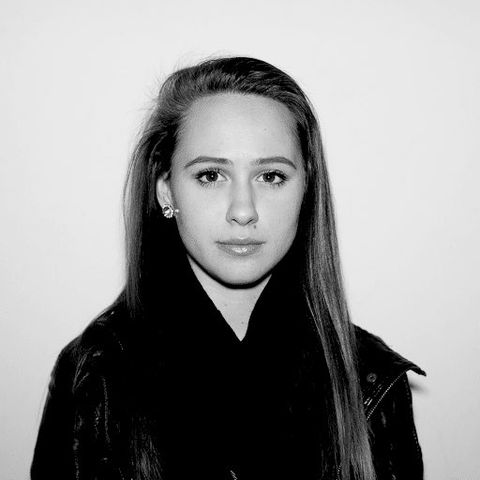 Where’d this girl come from!?

Bakalova is the 24-year-old Bulgarian actress who played Borat’s daughter, Tutar Sagdiyev, in Borat 2 and slayed. Bakalova’s breakout performance left everyone, both movie-goers and her fellow actors, pretty freakin’ shooketh.

Born in Burgas, Bulgaria, Bakalova began singing and performing at six years old. According to her IMDb page, she studied performing arts at the National School of Arts in Burgas and later at the National Academy for Theatre and Film Arts, where she graduated in 2019. Her acting career is mostly in Bulgarian films, including Transgressions (2018) and Last Call (2020).

How’d she break into the American scene?

Bakalova moved to Hollywood at the beginning of the year and seems to be enjoying that SoCal weather (from the looks of her Instagram). Apparently the sneaky Borat production was her literal first taste of America, as Baron Cohen said in a video interview according to IndieWire, “Imagine coming to America for the first time and you’re playing a role with real people in some terrifying situations.”

If I experienced the same horrifying interactions she did when first visiting a new country, I’d be like Yeah you know what I’m gonna go now. That’s one heck of a first impression. Yet she “got through it all,” said Baron Cohen. “She is one of the most courageous actors in history. If she doesn’t get nominated for an Oscar then that’s a travesty.” That’s a huuuuuuge push from Baron Cohen. 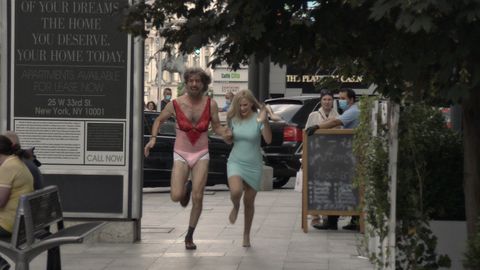 The feelings of admiration are mutual―and even father-daughter-esque. Bakalova posted an Instagram with a caption “I am so overwhelmed and moved by your words @sachabaroncohen ! You really are like a father to me! Thank you for everything – your support and guidance. You are my biggest teacher! I am so so grateful for the opportunity to create such an brilliant character like #Tutar with you.”

What else should we know about her?

There’s not a lot of info out there! But it probably won’t be like that for much longer. Since her role as Tutar, Bakalova has received international attention and praise for her acting.

She’s also breaking through the typical Hollywood mold as an actress of Eastern European descent. She wrote, “There are almost no leading characters for actors from my background or actors who have a foreign accent so to be given this platform to perform and show what I can do really means the world to me! Thank you! I love you!!”