EUROPEAN football chiefs have admitted for the first time the season may have to be scrapped.

A joint letter to all leagues and clubs confirms that finishing the campaign despite the coronavirus crisis is the collective aim of European football. 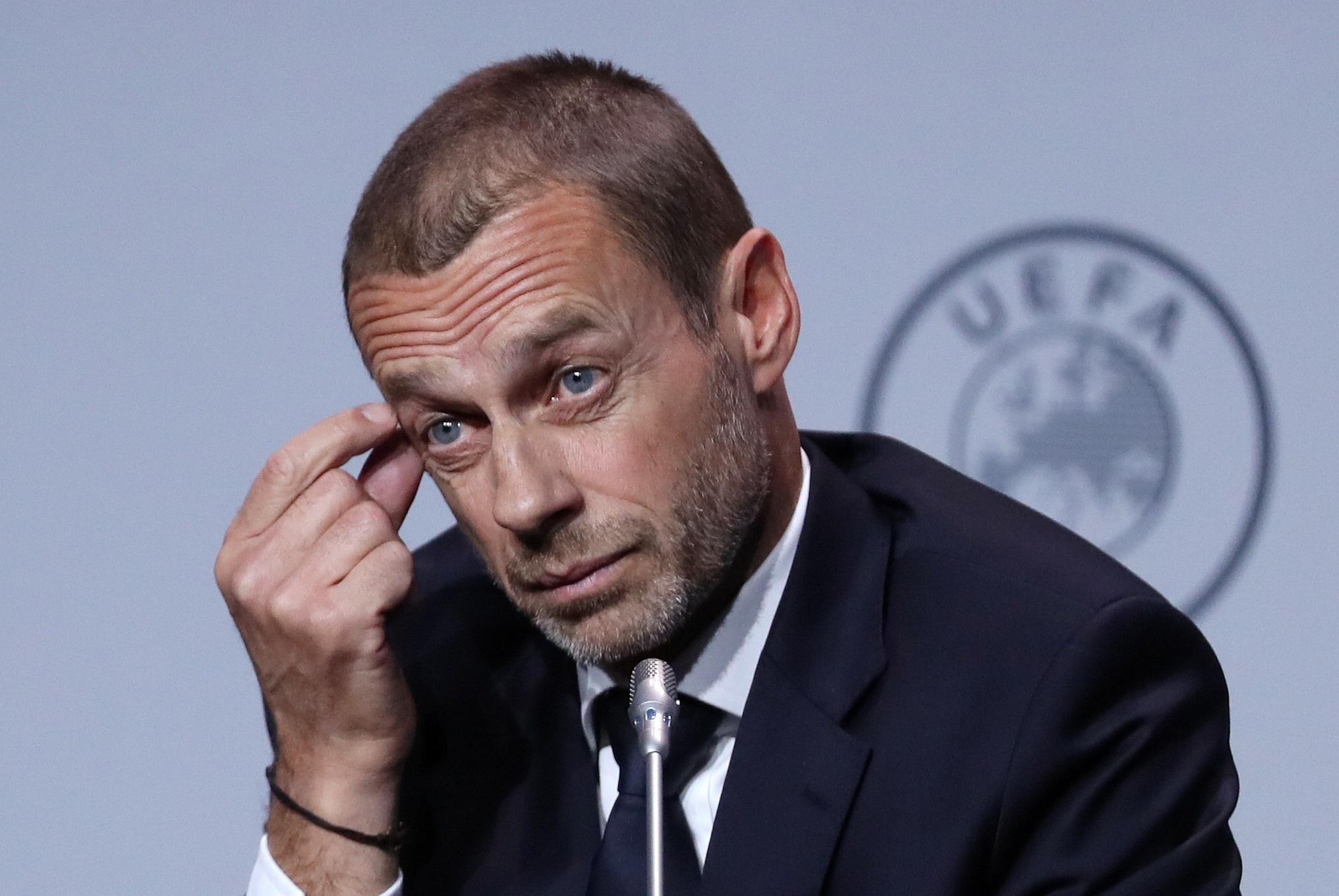 That is a direct response to the decision by Belgian bosses to unilaterally end their domestic season, against Uefa’s wishes.

But the letter, co-written by Uefa President Aleksander Ceferin, Juventus President Andrea Agnelli in his role as head of the European Clubs Association and Lars Christer Olsson of the European League umbrella group, concedes that it may not be possible for the campaign to be played to a finish.

And that reality may dawn as soon as the middle of next month after Uefa’s working party assesses the state of non-play across the continent.

The letter, a signal of cooperation between the three bodies who have frequently been at odds, confirmed the priority is to complete domestic leagues before there is any thought of a resumption of European club competitions.

It promised: “Concrete plans are being drawn up.

“Work is now focusing on scenarios encompassing the months of July and August, including the possibility that the UEFA competitions restart after the completion of domestic leagues.”

The letter added: “ A joint management of calendars is strictly required as the conclusion of the current season must be coordinated with the start of the new one, which may be partly impacted because of the overstretch.

“Closely following the development of the current situation, we will indicate as soon as possible, and ideally by mid-May, which of the plans can be enacted for the completion of the season without leaving anyone behind.

CORONAVIRUS CRISIS – BE IN THE KNOW

Get the latest coronavirus news, facts and figures from around the world – plus essential advice for you and your family.

To receive our Covid-19 newsletter in your inbox every tea time, sign up here.

“Stopping competitions should really be the last resort after acknowledging that no calendar alternative would allow to conclude the season.”

That last point represented the first official recognition by European football that completing the season may not be feasible.

But it also explains why Prem chiefs remain desperate to complete the campaign.

Belgian became the first European league to pull the plug when the final regular season match in the Jupiler Pro League and the end of season play-offs were cancelled on Thursday, with Club Bruges declared champions but no relegation.

It is understood that Uefa have told leagues that voiding the season would leave national associations unable to forward clubs for next season’s Champions League and Europa League IF other countries play out their campaigns.

The three-party letter, representing effectively the whole of European football, reiterates the demand that “effort had to be made in order to allow all domestic and European competitions to be concluded in compliance with their formats”.

It added: “It is of paramount importance that even a disruptive event like this epidemic does not prevent our competitions from being decided on the field, in accordance with their rules and that all sporting titles are awarded on the basis of results.

“As responsible leaders in our sport, this is what we must ensure, until the last possibility exists and whilst planning, operational and regulatory solutions are available.