BORUSSIA DORTMUND star Erling Haaland believes the club's youngster Youssoufa Moukoko is the best talent he has ever seen.

A striker by trade, the German teen has left observers flabbergasted by his incredible ability at such a young age. 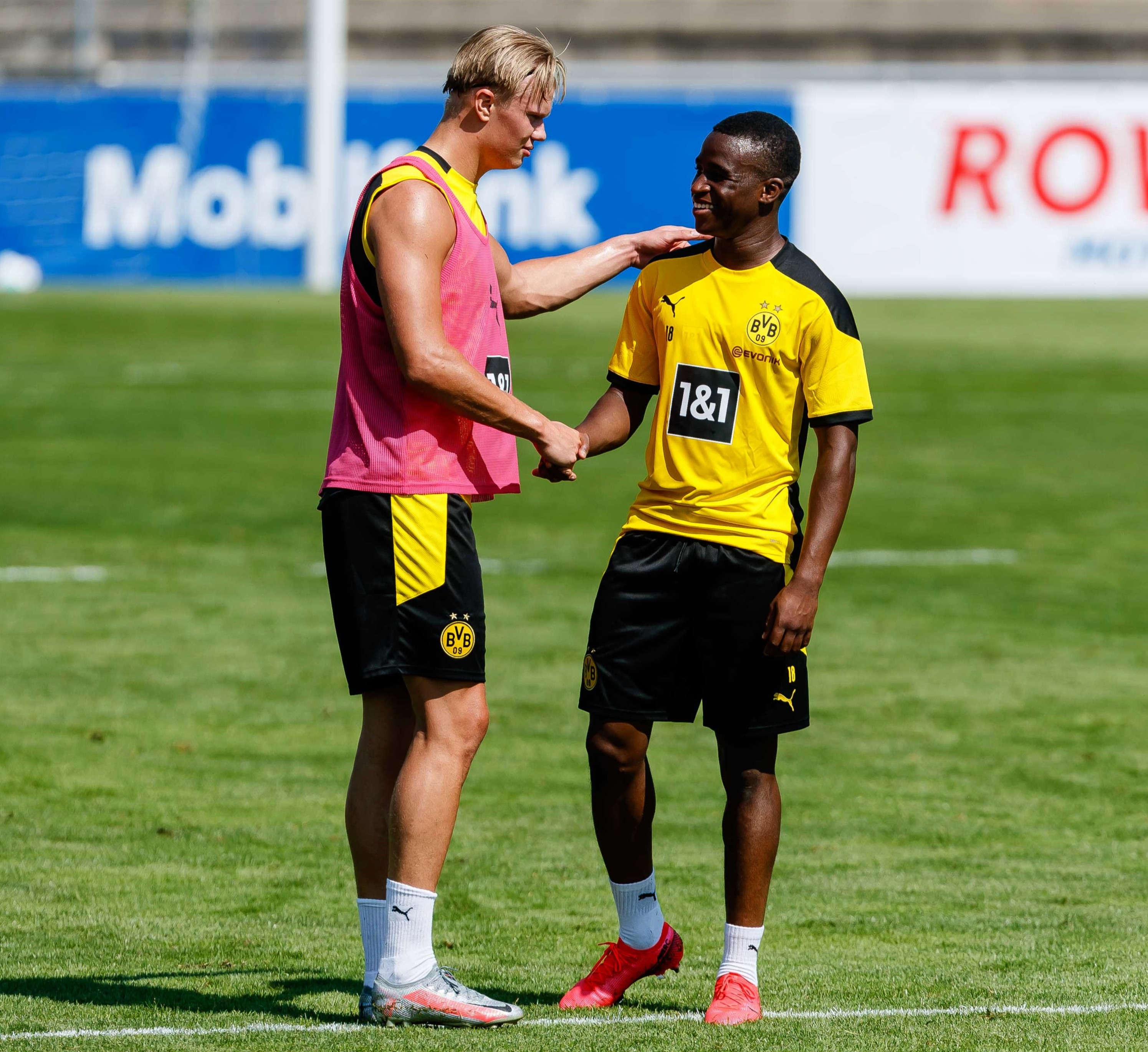 And one big fan is Haaland, who has made his own giant strides at Dortmund after joining from RB Salzburg.

Speaking in the Westfalische Rundschau newspaper, as reported by Goal, Haaland said: "He's a lot better than I was when I was 15.

"He trains at Borussia Dortmund and keeps up. I was in my home club, Bryne FK, when I was 15.

"You can't compare that."

SunSport recently reported how the Bundesliga have changed their age eligibility rules in order to let him play.

Previously players have not been allowed to play in Germany's top-flight until they are 16-and-a-half.

But such have been the waves caused by Moukoko's rapid rise, that this has now been lowered to just 16.

And Haaland has admitted it will be difficult to keep the top talent grounded.

He added: "But it's hard when he's that good.

At the age of just 12, pre-teen Moukoko was playing for Dortmund's under-17s and Germany's under-16s.

He scored an astonishing 90 goals in 56 games at under-17 level, before bagging 34 in 20 this season for the under-19s – despite having started the season as a 14-year-old.

Ahead of turning 16 on November 20, Moukoko has already been training on-and-off with Lucien Favre's first-team squad since January.