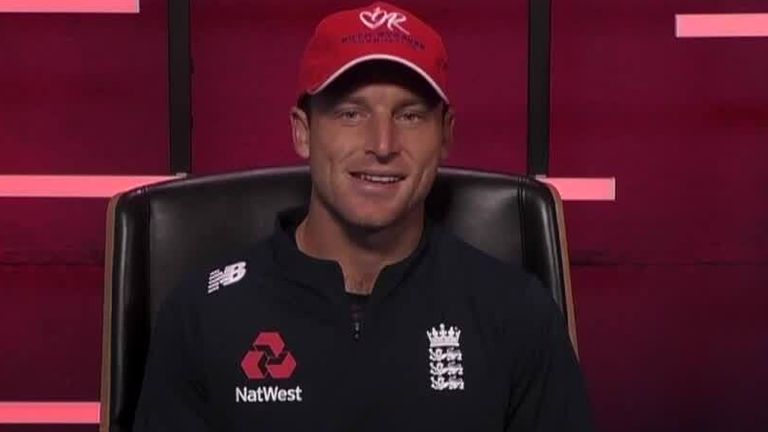 Jos Buttler told Sky Sports he has been feeling under pressure after a lean run with the bat prior to the third #raisethebat Test against West Indies at Emirates Old Trafford.

The England wicketkeeper scored just his second fifty in 24 innings on day one of the series decider in Manchester, reaching 56 not out by stumps.

Buttler added 11 runs to his overnight score before being dismissed by Shannon Gabriel on day two – but, before play, he spoke to Michael Atherton about playing under the spotlight and how he deals with chat about his place across social media.

“Naturally [I was fretting]. I think time in the middle gives you confidence and I haven’t been doing that,” said Buttler, currently amid his 44th Test. “I am definitely feeling that pressure – I have played long enough now to understand when the pressure comes on your shoulders and hopefully the best way to deal with it.

“Twitter and Instagram are two things I am on but I don’t have the settings on where I can see what people are saying about me.

“When I started it was understanding the media pressures of newspapers etc but now you have social media. It is a big challenge of international cricket at the moment. 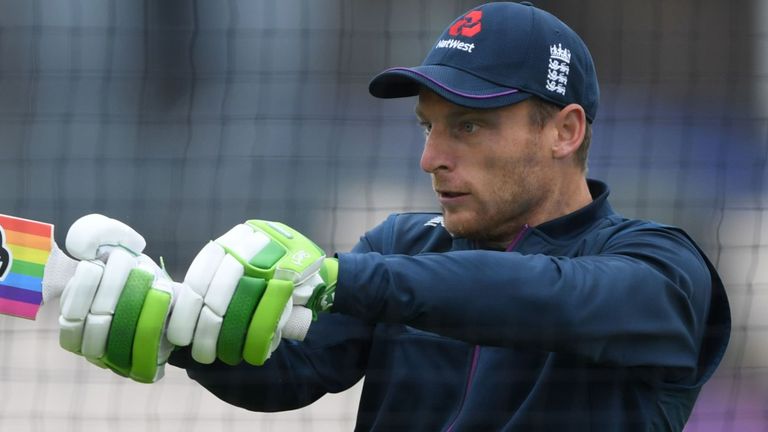 “I am aware it is there and that people will have been talking about my game but [reading it] doesn’t help me play better. I need to focus on myself and the processes that allow me to play well.

“Whether you’re playing well or badly there are always going to be people talking about you on social media – it’s about understanding it’s not as big as you may think it is in the grand scheme of things.

“I try and remind myself that when I watch a game of football and make a throwaway comment about a bad pass or someone missing an open goal, it’s no different to people talking about my game.”

Buttler averages over 40 in one-day international cricket with his nine centuries including England’s two fastest in the format, off 46 and 50 balls against Pakistan.

But he says he knows he must adapt his game in Test cricket and has been working hard on his defence and playing the on-drive in practice. 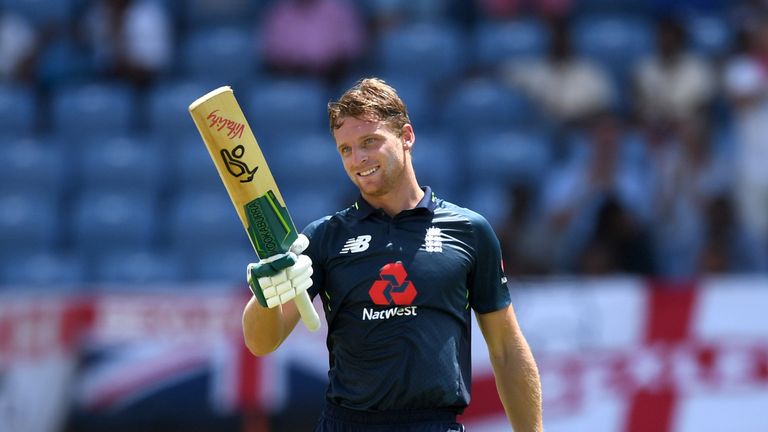 “Lots of people expect me to play a certain way because of the way I play in one-day cricket but I’ve never seen Test cricket that way – I don’t think it’s necessarily possible to play in that fashion,” added Buttler, whose sole Test ton to date came against India at Trent Bridge in 2018.

“[Trusting my defence] is incredibly important. Anytime I’ve had success in Test cricket it’s been based around that. I must have enough trust in myself and my defence.

“It’s something I work hard on preparing for Test matches. Also leaving the ball well – when I’m doing that, that’s when I feel at my best.