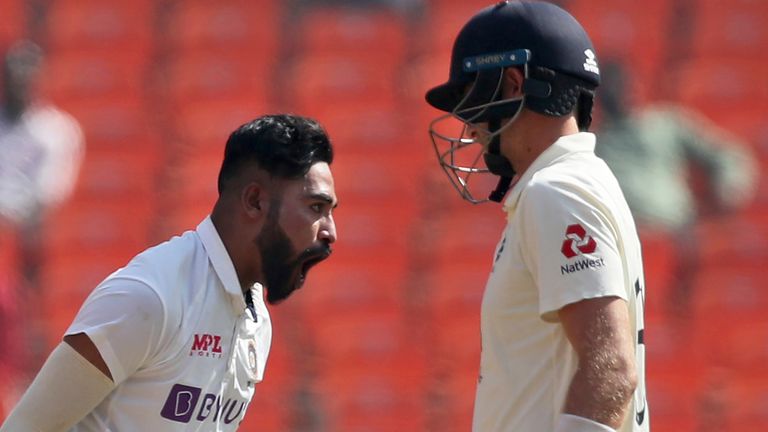 England’s attack faces a tough battle to earn the tourists first-innings parity with India after “another bad day at the office” for the batsmen, says Nasser Hussain.

Joe Root’s side succumbed to 205 all out on day one of the fourth Test after choosing to bat first, with the hosts closing on 24-1 to trail by 181 runs.

Spinners Ravichandran Ashwin (3-47) and Axar Patel (4-68) did the bulk of the damage, taking seven wickets between them, and, although India will have to bat last, Hussain told The Cricket Show that England cannot afford to fall too far behind in the game.

“It was another bad day at the office,” said the former England captain. “There was nothing wrong with the pitch this time.

“You’d say the first pitch was very flat. This does look a fair contest between bat and ball. It did something for Mohammad Siraj and Ishant Sharma up front, and it did something for Jimmy Anderson up front and it has spun a bit – but you can bat on it.

“The change of ball helps. Zak Crawley was saying that the pink ball does skid on a bit – the red ball not quite so much.

“Out of the four pitches so far – and things change very quickly in India – this looks like the best surface, by which I mean the most even contest – between bat and ball – of the series so far.” 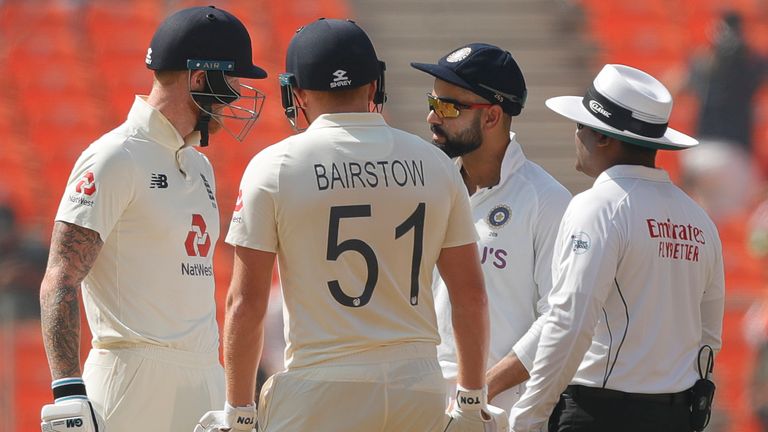 Even so England’s top-scorer emerged as all-rounder Ben Stokes, whose patient 55 was bolstered by 46 from Dan Lawrence – batting at seven in a bid to strengthen the lower middle-order.

Once again, though, England struggled to get going with openers Crawley and Dom Sibley, as well as Root, falling for single figures.

“There was some repetitive nature of dismissals – Dom Sibley again up front being done by Axar Patel with the new ball on the inside edge,” analysed Hussain.

“I thought Ollie Pope tried to change his method; for the last couple of Tests he looked like he’s been stuck in the crease. He tried to use his feet.

“Stokes looked excellent but again got done on the inside. So there is that repetitive nature that you get in four or five-match series.

“That’s why Test match cricket is the hardest form, especially as a batsman, because once the opposition know you are going to get out one way, they keep drilling home at you. “It’s only day one but it’s up to those bowlers now and the spinners in particular, with James Anderson backing them up, to try and keep it at least to parity in the first innings because if you give India a lead it will be spinning by then and then they will be up against it.”

He added: “I think this pitch will turn as the game goes on and it becomes like what we always used to say in India – getting a first-innings lead is absolutely vital.

“What England haven’t done in this series apart from in that first Test, is get ahead of the game and challenge Virat Kohli’s captaincy.

“Kohli feels the pressure when the opposition are ahead of the game – he starts moving the field every ball and trying funky fields. But when he’s ahead of the game and he’s got those spinners, then he’s bossing it.

“England’s bowlers need to get England level, bowling India out for about 200.”

Follow text commentary from day two of the fourth Test between India and England in Ahmedabad on skysports.com and the Sky Sports app from 3.50am on Friday.