ENGLAND take on old rivals Germany in the last-16 of Euro 2020 on Tuesday night – but which stars would make a combined XI?

The Three Lions will take on the Germans for the eighth time in major tournament history on June 29 at Wembley. 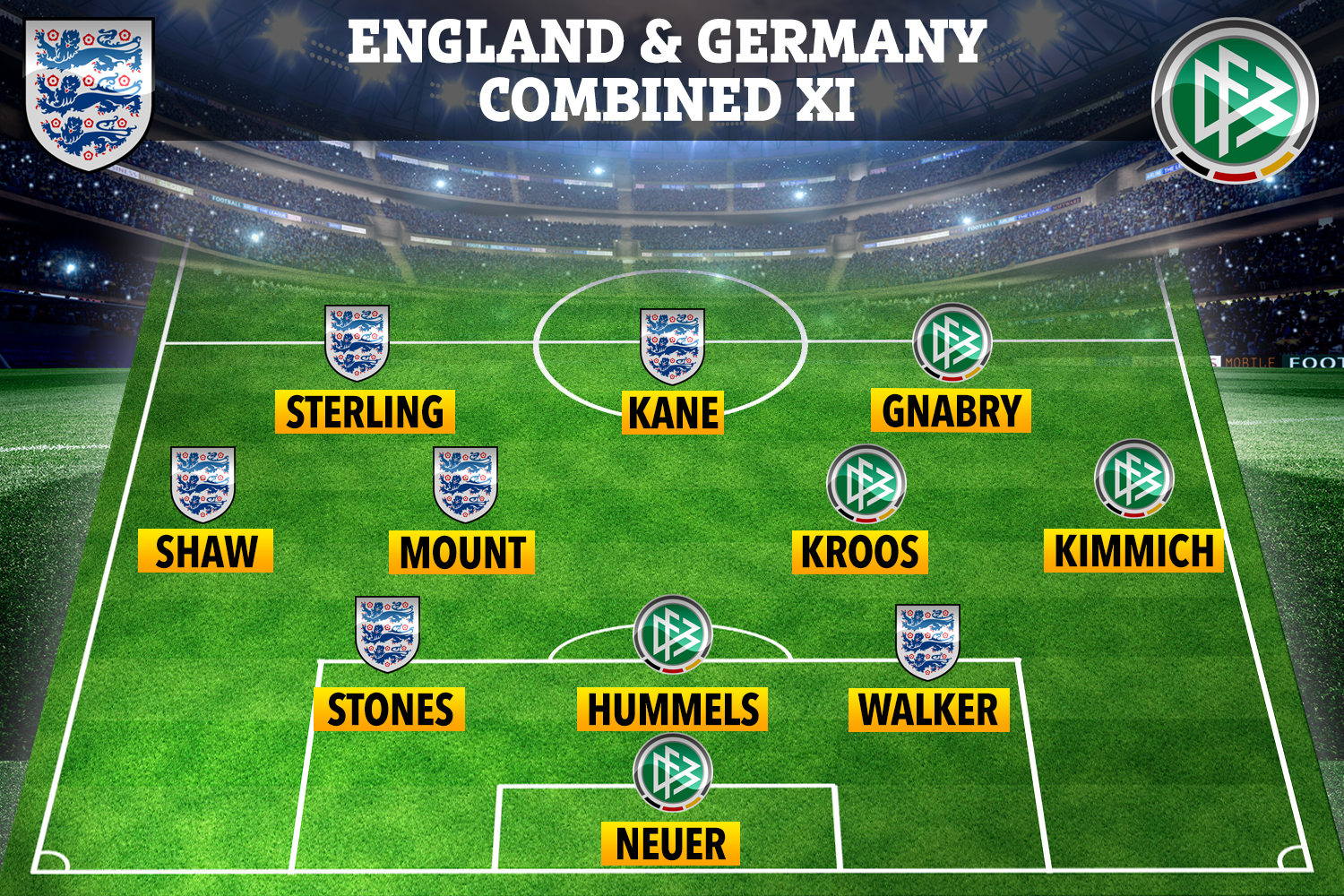 From the 1966 World Cup final win to the Italia 90 semis penalty shootout heartbreak and the infamous 2010 Frank Lampard controversy, there have been some truly epic showdowns.

The winners of this summer's last-16 clash will be awarded a dream route to the final too, with a quarter-final tie against Sweden or Ukraine.

They'll also avoid the likes of Belgium, Portugal Italy, France and Spain in the semis, going up against one of Holland, Czech Republic, Wales or Denmark.

First and foremost, England and Germany will fight tooth and nail to make it past the first knockout clash.

But who would make a combined XI of the two nations based on their stature and season?

In goal, Jordan Pickford has had a superb tournament so far, conceding no goals and making a string of fine saves.

But Manuel Neuer is the clear choice in goal as one of the world's top stoppers.

With Germany enjoying success with five at the back, with two wing-backs, many have called for England to return to that formation.

That allows Kyle Walker to take on arguably his most comfortable role at the right of a central three.

Kimmich beats the likes of Kieran Trippier and Reece James to the spot, while Walker gets in ahead of Matthias Ginter.

The other two central spots could be filled with any of Harry Maguire, John Stones, Mats Hummels or Antonio Rudiger – with Tyrone Mings even in with a shout.

But we've selected Hummels and Stones for our XI, with Luke Shaw edging red-hot Robin Gosens into the left-wing-back role given his scintillating season for Manchester United.

In midfield, a partnership of Mason Mount and Toni Kroos keep out the likes of Ilkay Gundogan, Leon Goretzka, Declan Rice and Kalvin Phillips – not to mention Jude Bellingham, Emre Can and Jordan Henderson.

And in a star-studded front-three, Harry Kane gets the nod as the sole centre-forward as he aims to rediscover his form, with Germany not boasting a natural No9 in their squad.

On the wings, Serge Gnabry and Raheem Sterling get the nod after their impressive start to the tournament.

Sterling has scored both of England's goals, having looked lively and got into some dangerous positions.

He and Gnabry keep out the likes of Leroy Sane, Phil Foden, Bukayo Saka and Jack Grealish – all of whom have played well in limited minutes this summer. 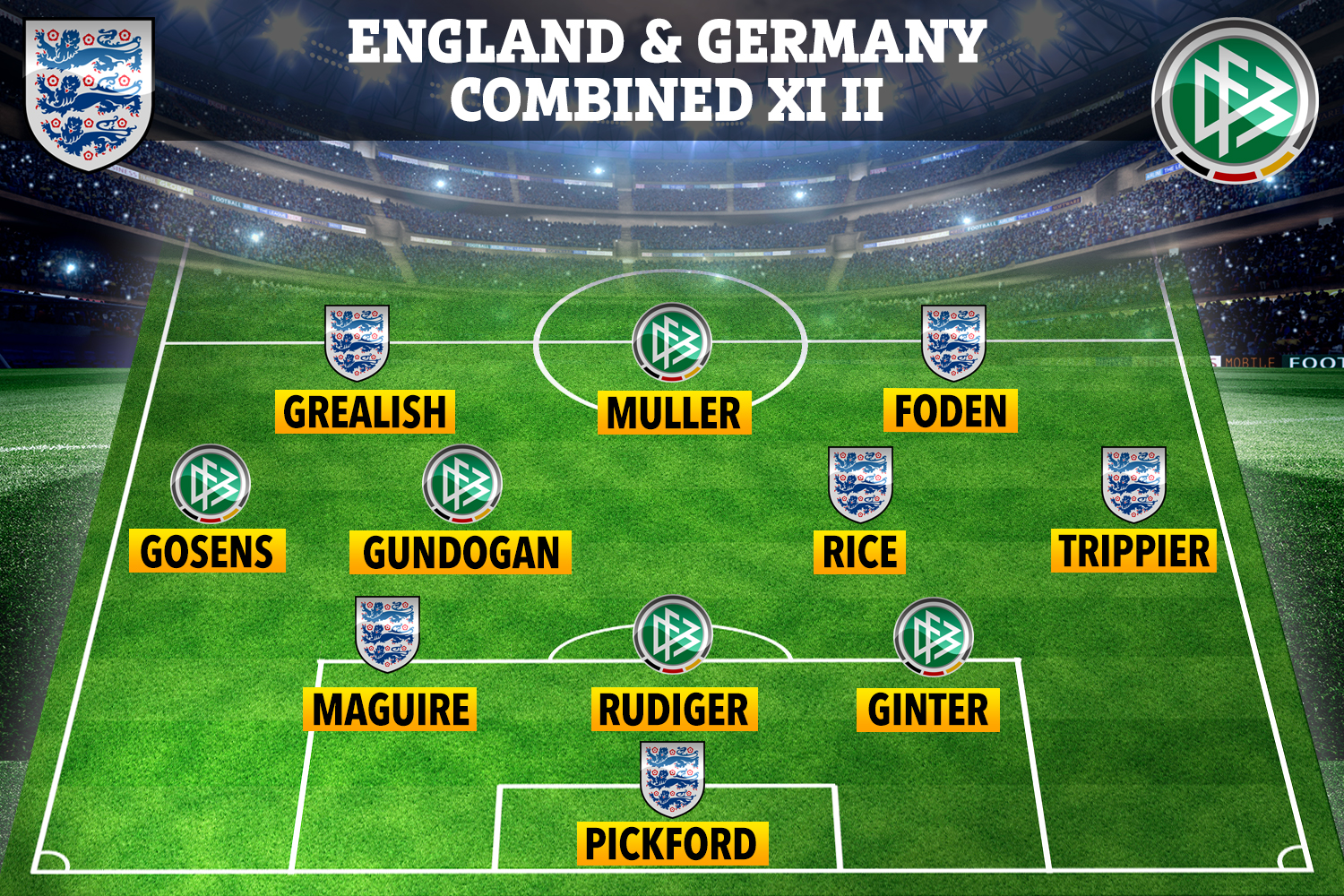