JACK LEACH and Jimmy Anderson combined to inspire England to a brilliant and memorable victory in the First Test. 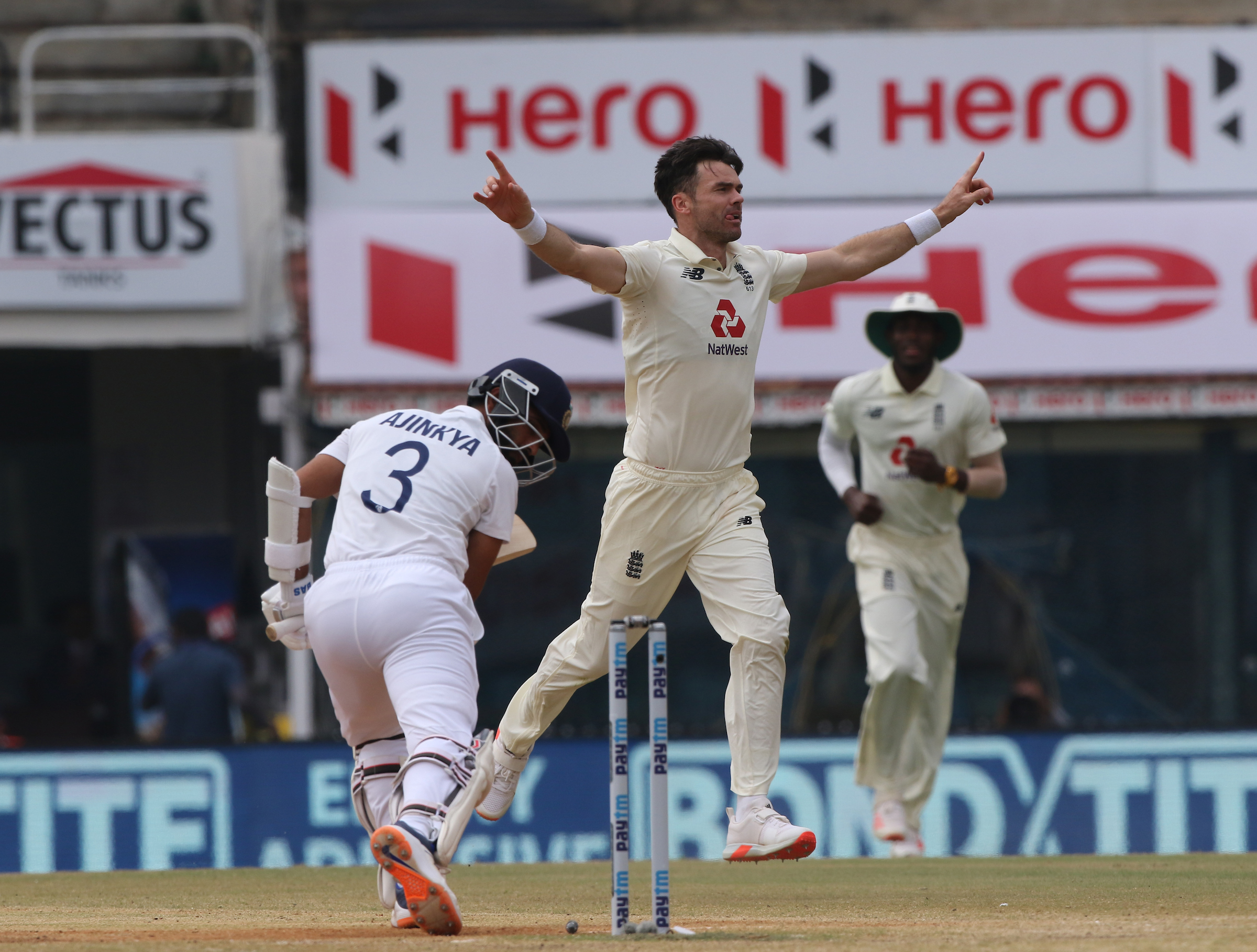 It must go down as one of England’s best wins in recent years.

Few gave them a chance against an Indian team that have won all of their previous 12 series at home. But Joe Root’s men outplayed India in every department.

Seven of their top eight batsmen scored at least 30, the bowlers all took wickets and some of England’s catching was breathtaking.

England have won three Test matches in the space of a month in alien conditions following their 2-0 series triumph in Sri Lanka.

And, incredibly, that makes it six overseas Tests victories on the trot following three in South Africa last winter.

All the talk about whether Root should have declared earlier on the fourth day was made to sound irrelevant.

Leach produced a string of near-unplayable deliveries to take his wickets while Anderson showed once more that he remains a master of his craft at the age of 38. 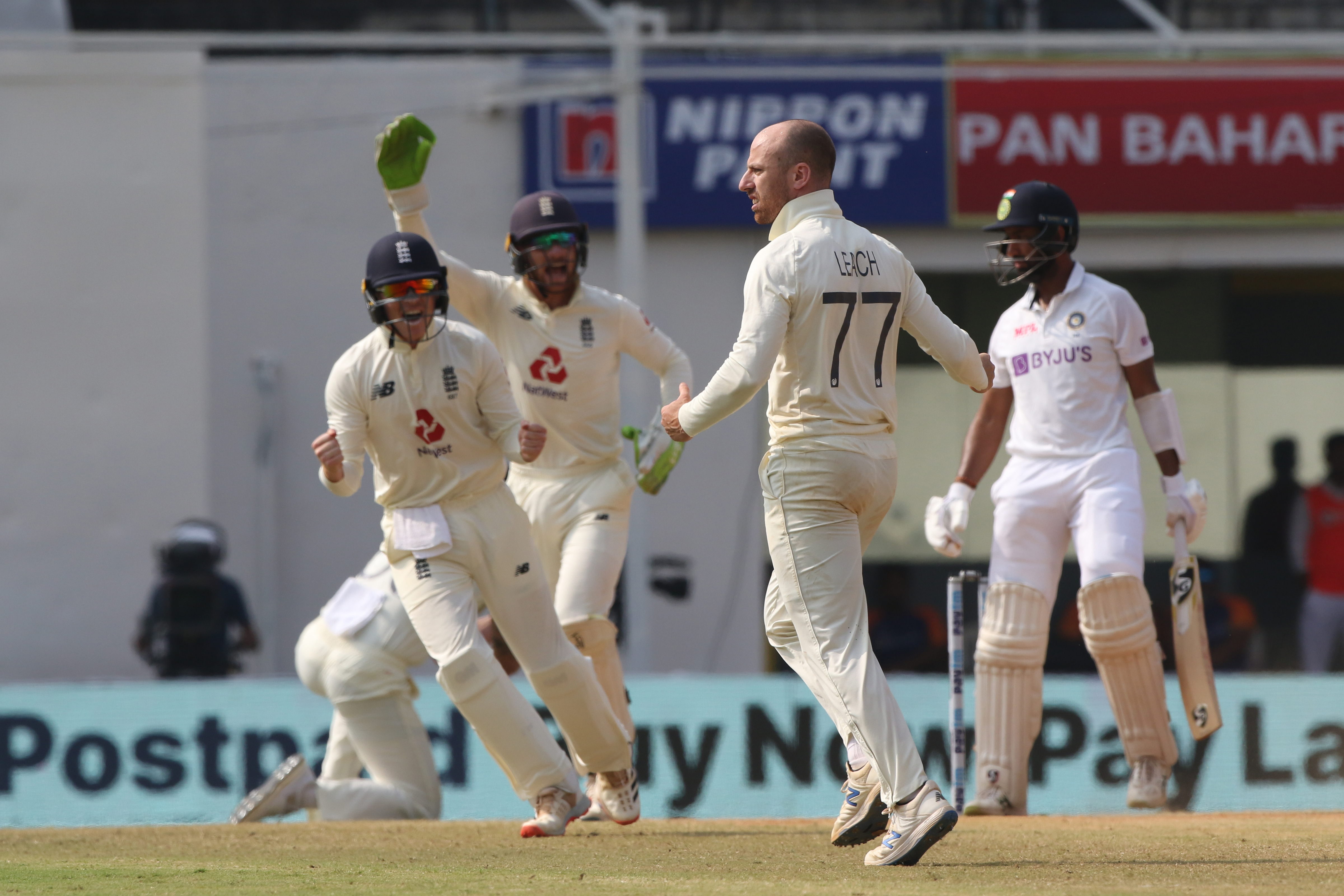 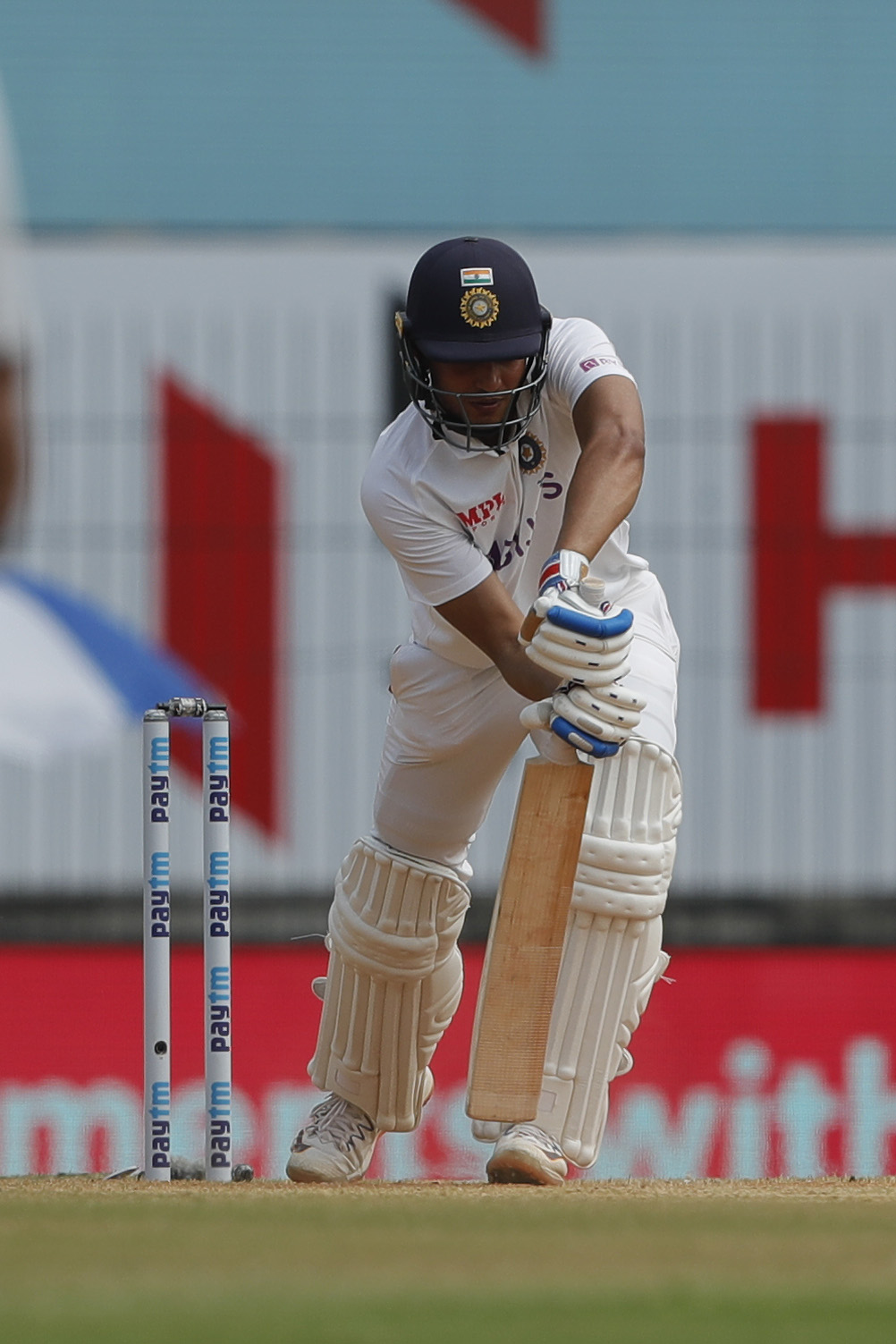 One over from Anderson was perhaps the best of his career as he bowled Shubman Gill and Ajinkya Rahane with searing reverse swing in the space of three balls.

From the ball in between the wickets, Rahane was struck on the pad and survived the DRS review because the ball’s impact was deemed ‘umpire’s call.’

England must now decide whether to rest Anderson for the Second Test on Saturday and bring back Stuart Broad – which has always been their plan.

Wicketkeeper Jos Buttler is going home so there will definitely be one change with Ben Foakes coming into the side.

Leach had already removed opener Rohit Sharma on the fourth evening with a beauty.

And even Root could not have imagined England would take wickets so quickly on the fifth day.

It began when Cheteshwar Pujara was caught at slip by Ben Stokes from another jaffa by Leach that turned, bounced and hit the shoulder of Pujara’s bat. 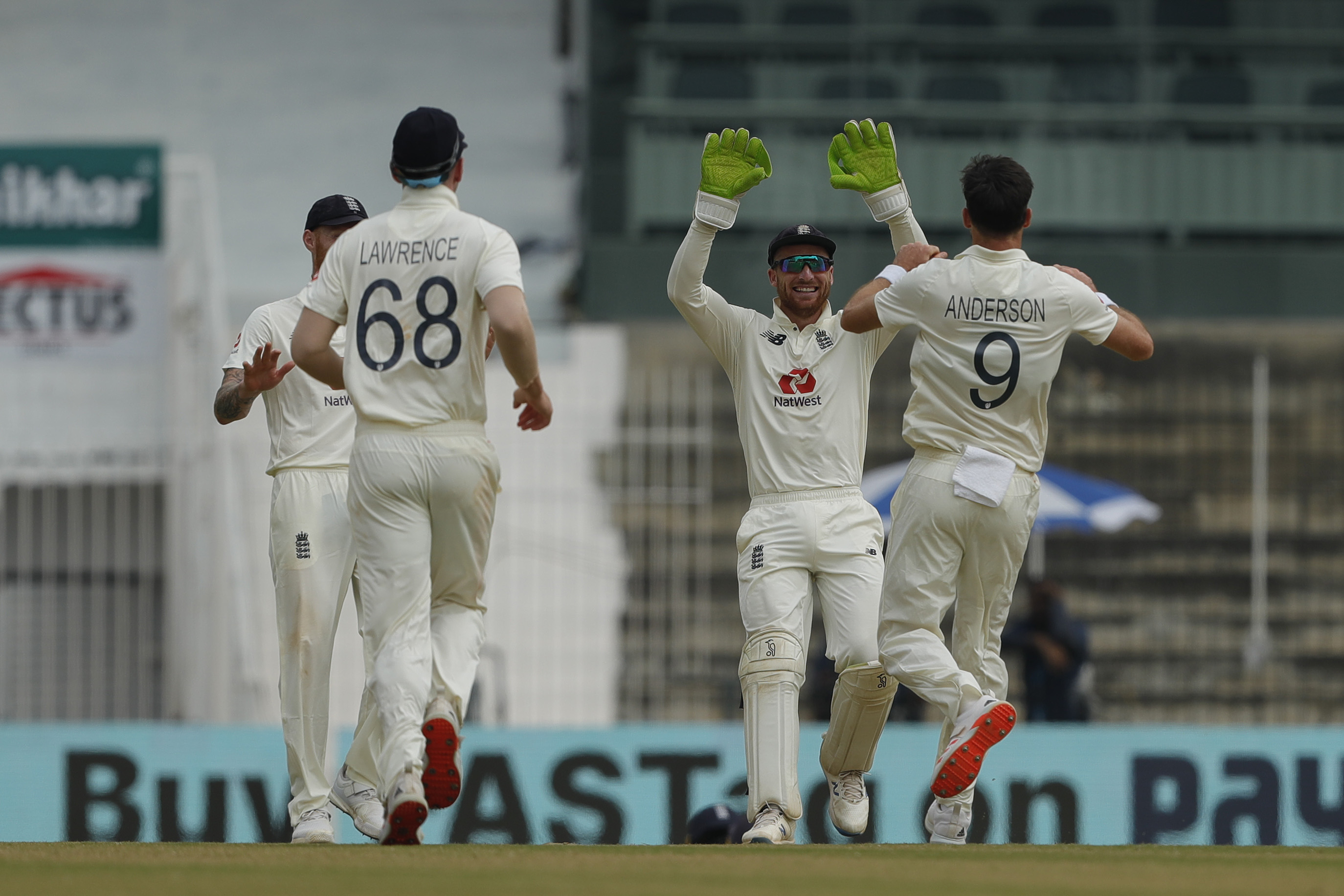 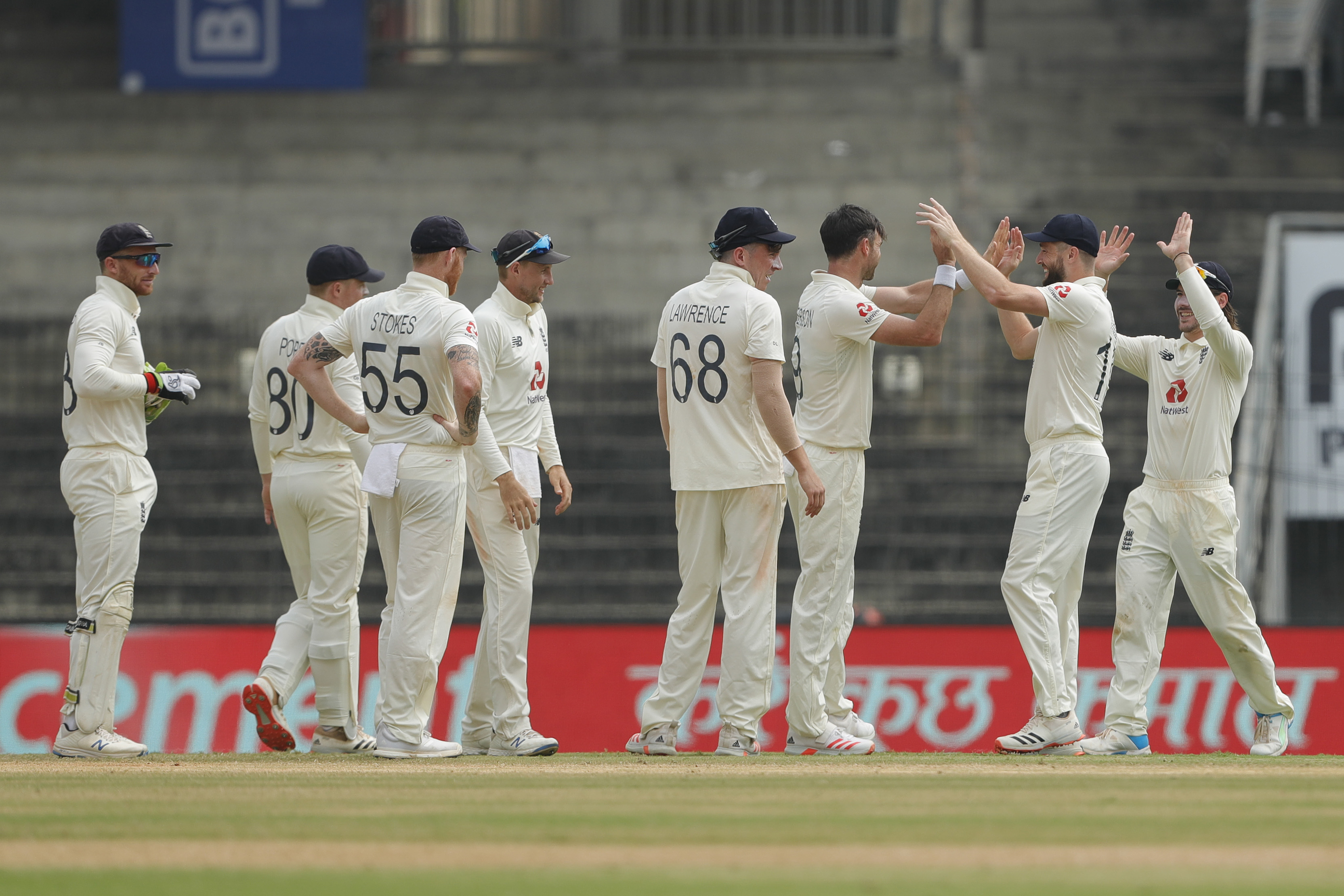 Gill played superbly for a half-century but then Anderson, coming into the attack after almost an hour’s play, swerved a ball through Gill’s gate.

Rahane narrowly survived his first delivery but, to the next ball, Anderson produced a near-carbon copy and sent his off stump cartwheeling.

Then the dangerous Rishabh Pant popped a simple catch to cover and Anderson’s figures in his spell were a remarkable 6-3-5-3.

Washington Sundar, who made 85 not out in India’s first innings, prodded at a ball from Dom Bess and was caught behind. The original decision by the on-field umpire was not out but DRS showed a clear edge.

Ravichandran Ashwin was struck painfully on the arm by Jofra Archer and was generally roughed up. He then tried to cut a ball from Leach and was caught by Buttler.

All the time, Virat Kohli was batting comfortably at the other end. He struck three fours in three balls off Bess – all of them full tosses – and had reached 72 when a ball from Stokes kept low and bowled him.

Shahbaz Nadeem edged Leach and the ball ricocheted off Buttler’s pads to Rory Burns in the gully.

The final wicket came when Jasprit Bumrah was caught behind off Archer.