England can have no excuses.

They’ve played on three of four different surfaces, they’ve won three of the four tosses, they’ve misread conditions, they’ve rotated their side and since that first Test match they’ve been hammered by 300-odd runs, by 10 wickets and now by an innings and 20-odd runs in this game.

India have just completely outplayed them, out-batted and definitely out-spun them; their spinners have been in a different league.

Dom Bess really struggled in the fourth Test, it’s very difficult being a young spinner and I think we all felt for him. He’s not bowling like that on purpose and Test match cricket is a cruel, cruel place; you are so exposed, you’re on that boundary, the cameras are on you, the big screen is showing your full tosses.

Even when you have someone like Ben Stokes encouraging and cajoling every ball from slip, you know you’re letting your team down and that is tough.

I think the player has to take some responsibility though, that is Test match cricket and Bess has played 14 Tests, 50-odd first-class games – that is more than Axar Patel. He is no longer a novice, he has been around at Somerset and now Yorkshire for some time.

His job as the second spinner when the pitch is turning is to deliver and land it, especially as a finger spinner. He won’t, I hope, have that excuse of ‘I’ve been treated badly’ or ‘county cricket is played at the wrong time of year’, he will know that behind the scenes the ECB have done everything they can to make Dom Bess a better bowler: they’ve sent him off to see Rangana Herath, see various spin coaches, they’ve set him up for this tour and he’s not delivered.

Let’s be honest, what else could Joe Root have done after that first Test match? He saw in Sri Lanka a young spinner who, even though he was getting wickets, was not landing it, he saw the same at the end of the first match in India.

He had to take him out of the firing line, he had to say why he was doing it, then the whole Moeen Ali debate flares open.

The point I’m trying to make is that I feel at the end of this series that we’re going to give our cricketers a lot of excuses – ‘it’s county cricket’, ‘it’s rotation’, ‘it’s the pitch’, ‘it’s playing in India’ – players have to take responsibility, they’re the ones who win or lose Test matches.

If you look at the six Tests this winter, including Sri Lanka, you would say that Joe Root has carried the batting line-up a little bit. 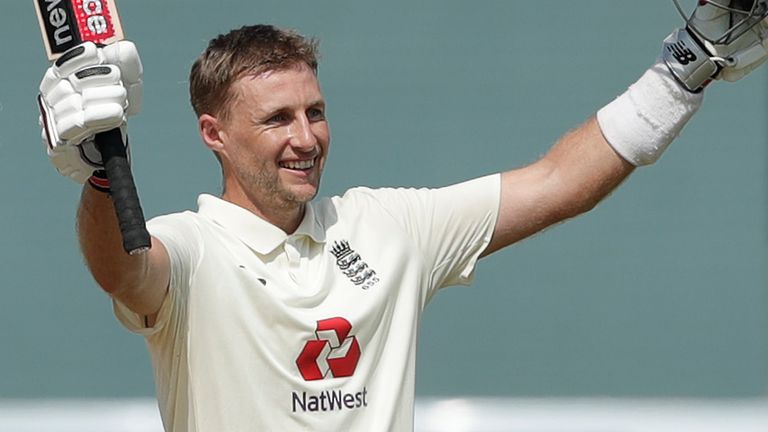 You wouldn’t say the rest have looked comfortable against left-arm spin, whether in be Lasith Embuldeniya or Axar Patel. It follows the usual downward spiral that you get on a tour and also, when the pitches are poor as they have been in the two previous Test matches, you lose that rhythm of batting.

It’s tricky and even the Indian batsmen, if you look at Pujara, Kohli, Rahane, they have lost the rhythm of batting and it is very difficult for a batsman. But you would say, right from day one, if it wasn’t for Root – and Stokes to a degree when he started off well – I think the batting line-up has struggled.

Dan Lawrence looked very calm and composed today, Zak Crawley looked a wonderful talent after the first innings in the last match so we can’t have short memories and there are a couple of ticks in there but with the batting they are few and far between.

There was no world-class innings from an England player after Root’s double hundred. England’s batting as a unit, 205 they got in the first innings because of Jimmy Anderson reverse sweeping a couple, but their scores have been below 200, they have been getting out in different ways and they have had no answer to spin.

We’ve got to be really careful here about the blame game. When England win, all the players take credit and when England lose, it is the fault of county cricket. I think there has to be some sort of responsibility.

Watch the first T20 international between India and England live on Sky Sports Cricket from 12.30pm on Friday.