A late Harder header and a stylish Kirby brace saw the Blues reach their first-ever final after an end-to-end five-goal second leg thriller. 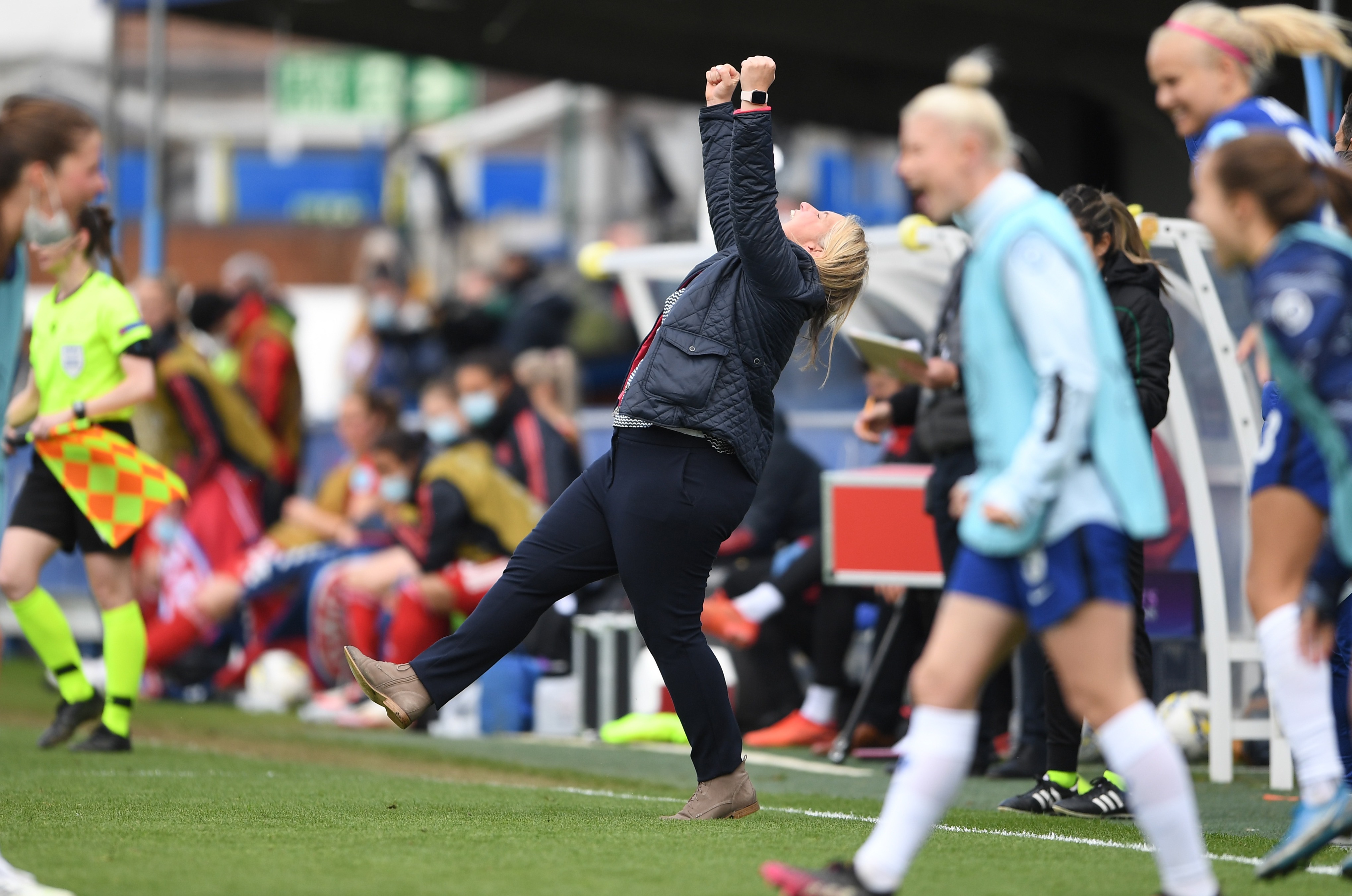 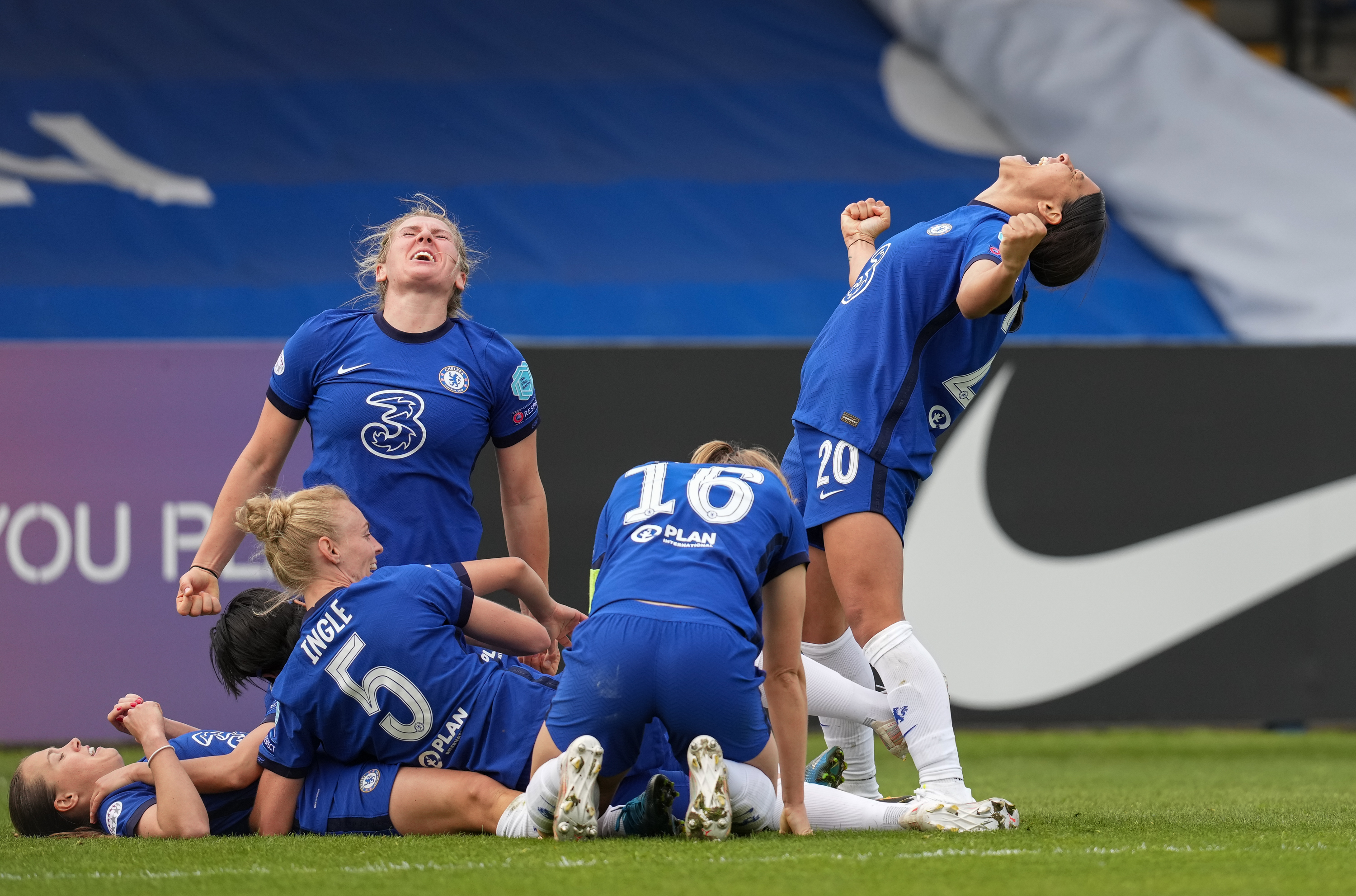 The 5-3 aggregate trouncing of the German giants – which sparked jubilant Blues celebrations – will see Chelsea take on Barcelona for the trophy.

The result takes Hayes one step closer to achieving her dream of seeing her side become the most dominant force in women's club football in Europe.

Victory in the finals would see the Blues become the second Women’s Champions League winners from England following Arsenal's success in 2007.

And the Blues chief admitted to feeling very emotional about a win she imagined as a little girl playing football on the streets of Camden.

Hayes said: "I’ve played this out in the Curnock Street Estate. I entered that pitch every day as a nine-year-old about to play in the Champions League final.

"Oh my God, my dreams came true. I wanted this win so badly. I mean, it was the longest week in the world.

"I had to do everything to keep my emotions in check and keep training normally. I just wanted the game to come.

"And fair play to Bayern – they were tremendous opponents. But the resilience in this group is just so unbelievable.

“Ann-Katrin (Berger) and the defenders, plus Sophie (Ingle) in front of the back four did a great job. “Niamh (Charles), Millie (Bright) had a job to do today and they along with everybody executed what I asked them to do.

“We’re there, we're in the final. I'm overwhelmed with emotion. I almost can't even let the tears out and I'm so happy for everyone." 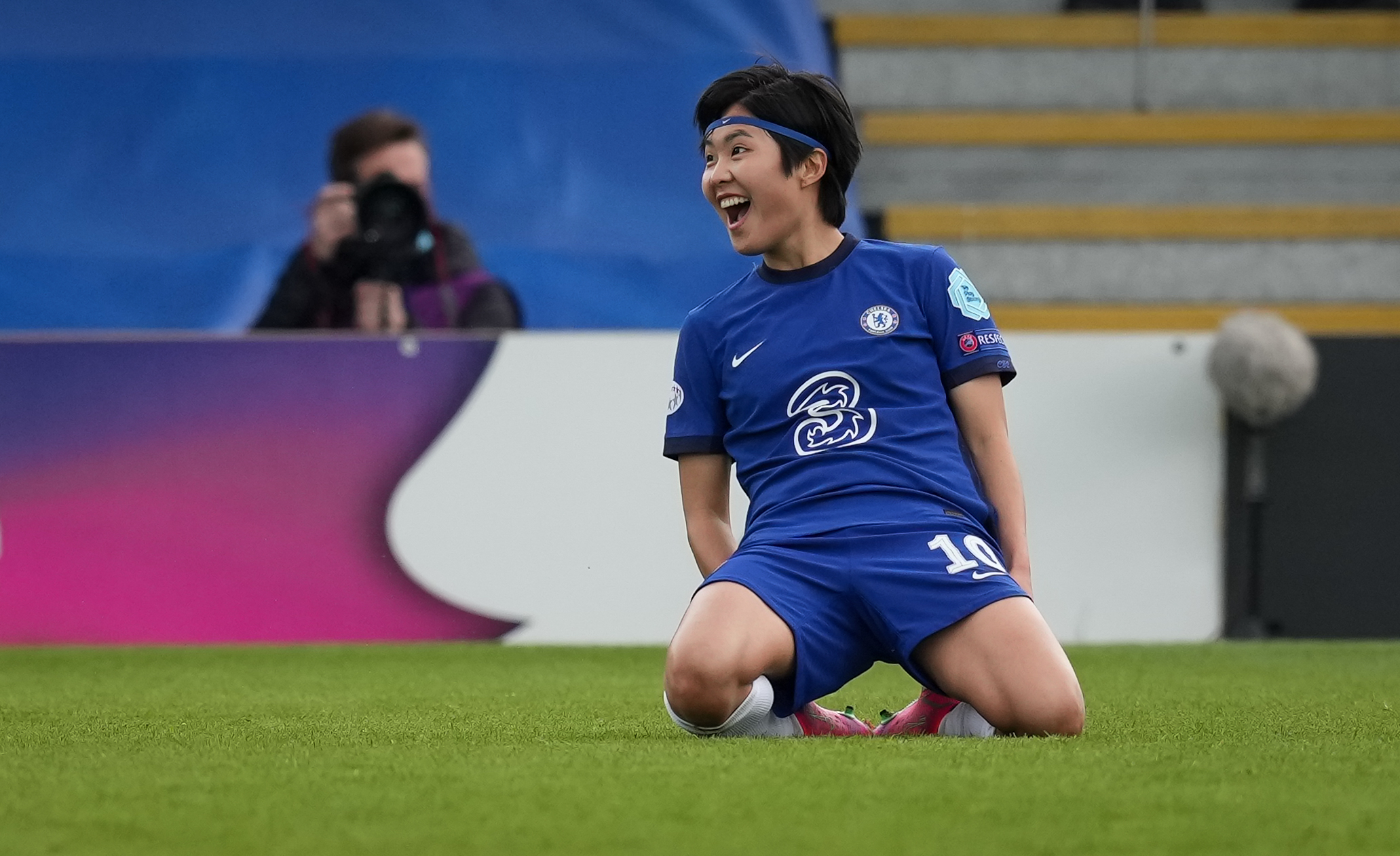 The hosts, boosted by the return of skipper Magda Eriksson, went on the attack almost immediately with Kirby jetting down the right and delivering the ball to the Ji So-yun lurking in Bayern’s box.

But the Blues playmaker saw her pass intended for Pernille Harder headed out of danger in the second minute.

And Bayern countered moments later through Klara Buhl on the left who switched the ball from her left to her right foot before her shot was blocked moments later.

The 0-0 scoreline lasted until the tenth minute with Hayes’ players eventually rewarded for their attacking efforts.

And it was Blues golden girl Kirby who put them 1-0 up following a swift counter which began with Melanie Leupolz dispossessing a Bayern player.

And the England forward buried a low left-footed strike in the bottom corner after receiving the ball in the penalty area from Sam Kerr.

The Blues appeared to have the upper hand and had another chance to score close to the half-hour mark through Kirby.

But the forward saw her shot go wide of the box.

And the hosts suffered a scare with Sarah Zadrazil lashing in a phenomenal right-footed rocket from 30 yards out to equalise for Bayern in the 28th minute.

The second half saw more nerve-wracking end-to-end drama before Pernille Harder headed the Blues 3-1 in front with less than ten minutes of normal time left. 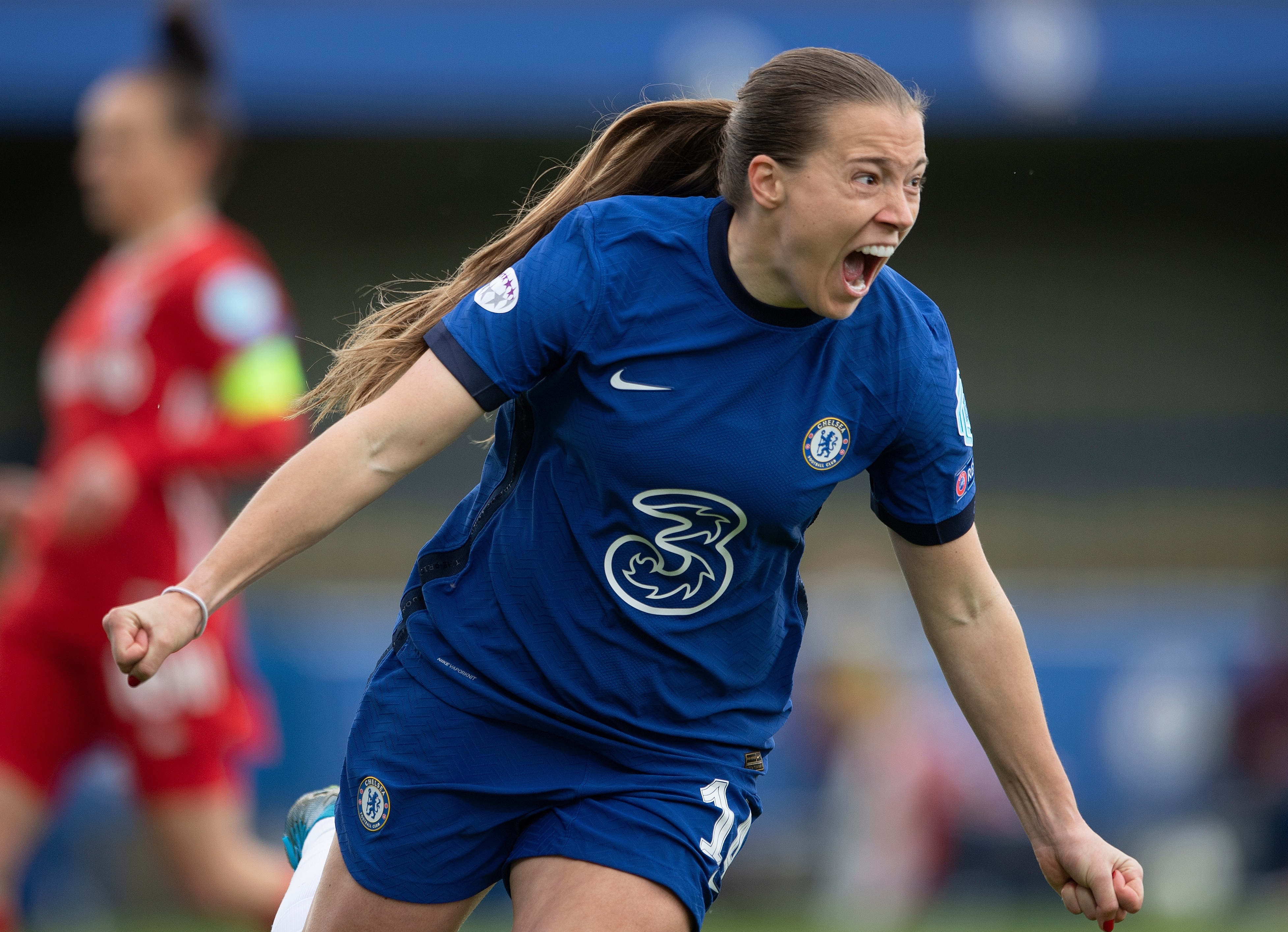 That goal sparked panic amongst their opponents who poured forward in a desperate hunt for another goal.

And the visitors were caught cold when keeper Laura Benkarth was stranded upfield in injury time with Kirby netting to wrap up a historic Chelsea win.

Scheuer said: "Chelsea put in a better performance but they were not the best team over the two matches. They were just more clinical today.

“We committed too many individual mistakes today and we were made to pay for it.” 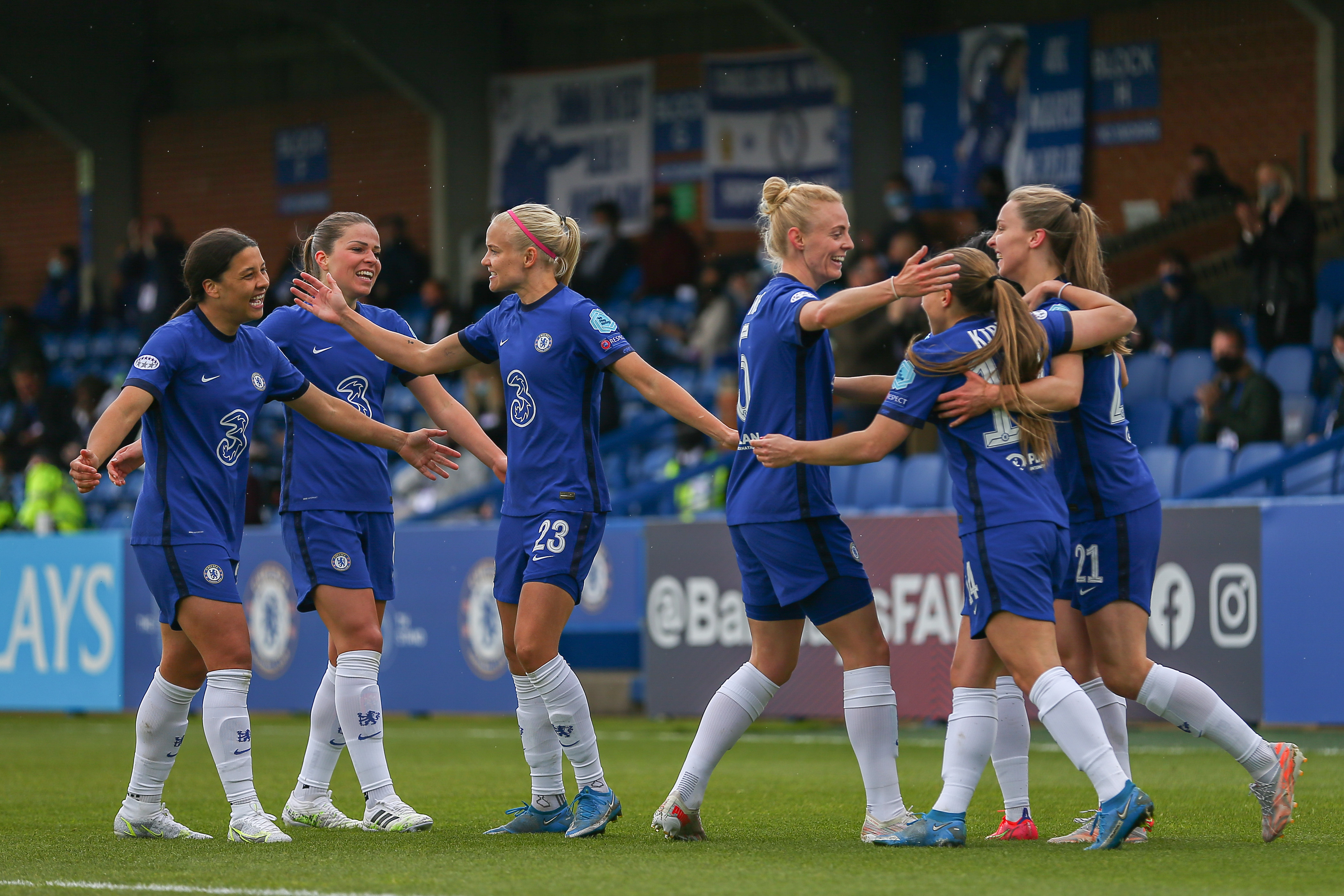