An elderly San Francisco woman who fought back during an assault – and who has received nearly $1 million in donations since her story went viral – will be donating the funds to the Asian American community to fight racism, according to her family. San Francisco resident Xiao Zhen Xie, 75, attracted international attention after using a wooden board to fight off a man who assaulted her last Wednesday morning.

Police said the same man, identified as 39-year-old Steven Jenkins, had also attacked 83-year-old Ngoc Pham just before the attack on Xie. Jenkins was arrested at the scene.

In the days following the news of Xie pummeling her attacker with the board and video showing her berating the suspect as he was taken away on a stretcher, an online fundraiser has generated more than $900,000 after an initial $50,000 goal to cover her medical expenses.

Xie’s grandson, John Chen, told CBS San Francisco the family would be donating all of the funds toward combating hate against Asian Americans. 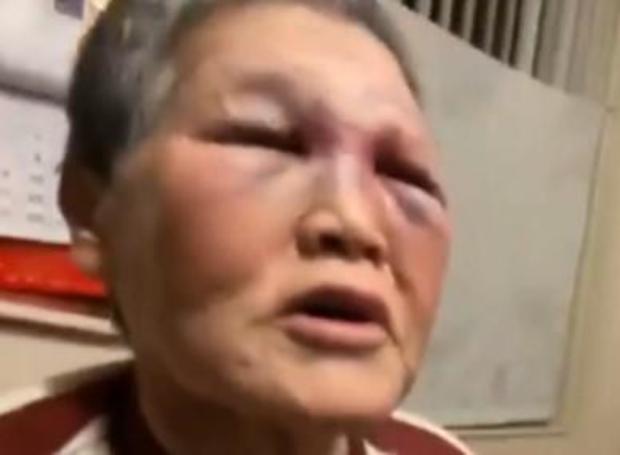 In an update on her family’s GoFundMe page Monday, Chen wrote, “When we visited our grandma yesterday and today her overall mental and physical health has improved. Her eye is no longer swelled to the point of not being able to open it. She is now starting to feel optimistic again and is in better spirits.

“She said we must not summit to racism and we must fight to the death if necessary. She also stated multiple times to donate all the funds generated in this GoFundMe back to the Asian American community to combat racism. She insists on making this decision saying this issue is bigger than Her.

“This is my grandma, grandpa, and our family’s decision. We hope everyone can understand our decision.”

An online fundraiser for Pham has generated nearly $300,000 after an initial goal of $25,000. Pham is also recovering from his injuries, his family reported.

Police said officers took custody of Jenkins after he was detained by a nearby security guard.

Following the two attacks, police clarified that Jenkins was taken to a local hospital for an unrelated, prior medical condition. He was later booked at San Francisco County Jail on two charges of assault likely to produce great bodily injury and two charges of elder abuse.