They looked as right as rain.

Ed Sheeran and his wife Cherry Seaborn were spotted looking happy as they went for a stroll in the rain with their 7-month-old daughter Lyra Antarctica in Sorrento, Australia on Saturday. 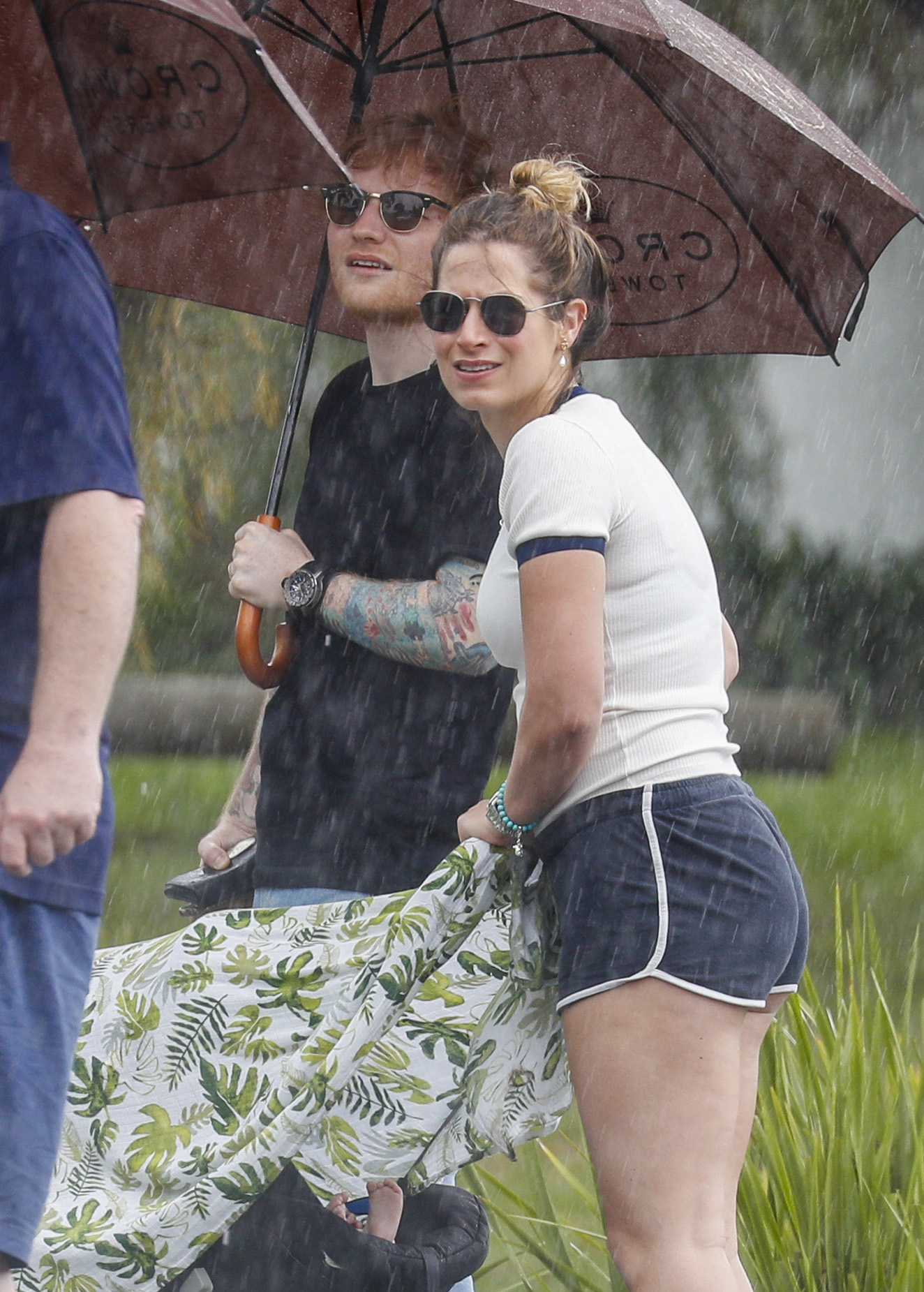 The “I Don’t Care” singer was seen holding a massive umbrella as Seaborn pushed the pram. The family was making their way over to the Hotel Sorrento for the afternoon. 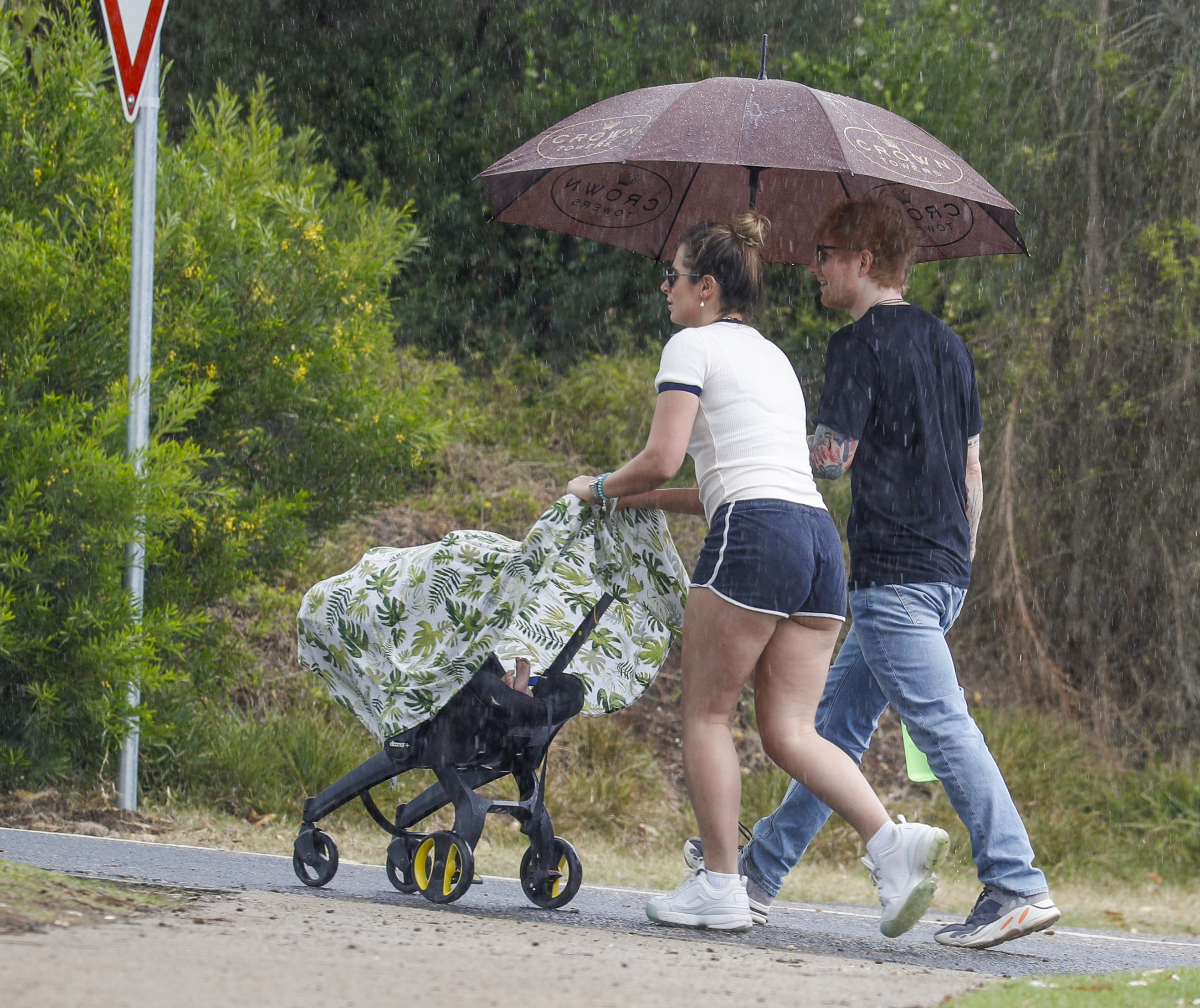 Sheeran, 30, was dressed casually in jeans and a black T-shirt while Seaborn, 28, looked comfy in navy short shorts and a tight white tee. Both were seen wearing sneakers as well as sunglasses despite the less-than-sunny weather. 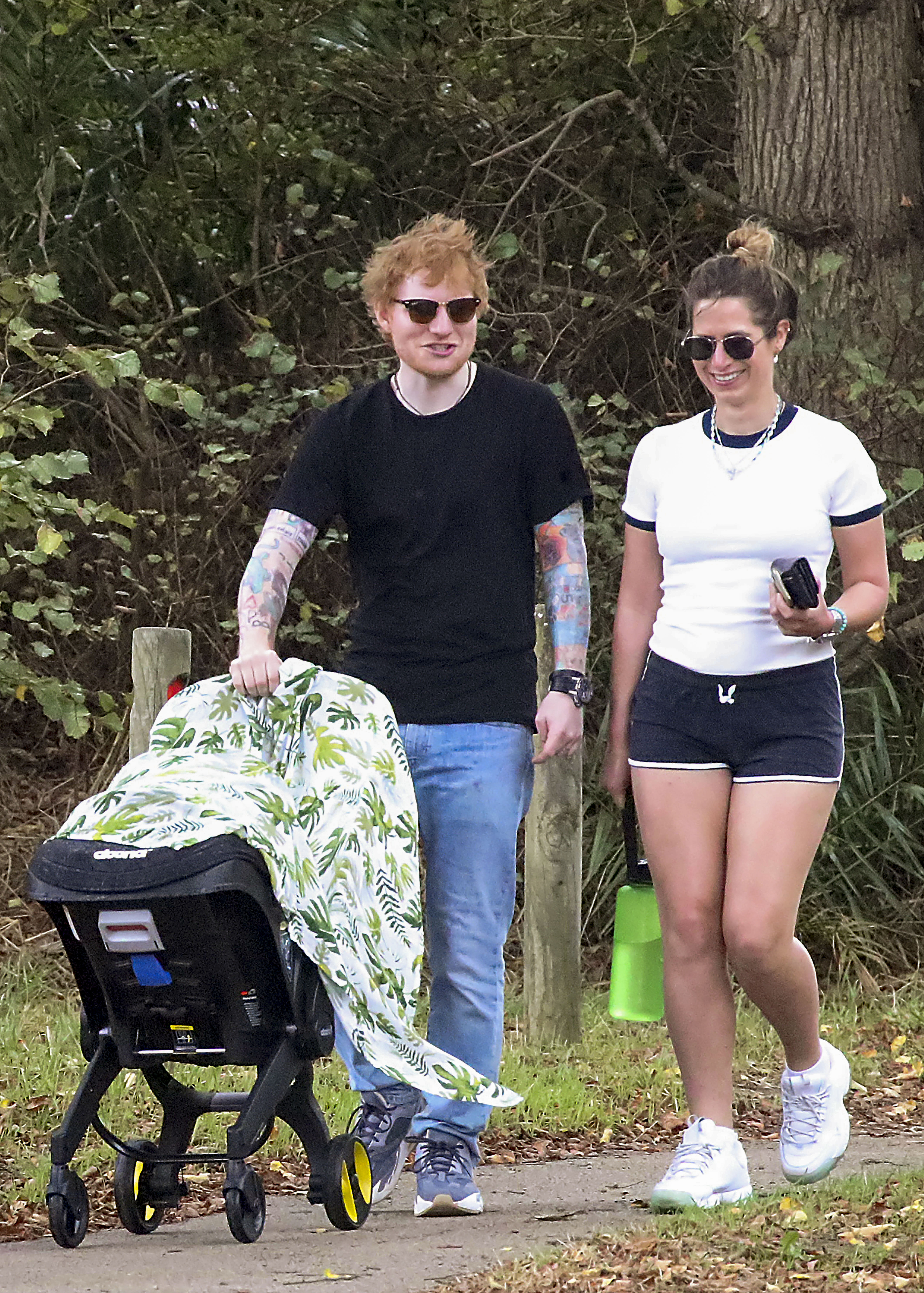 Their little one was hidden under a leaf-print blanket, though her tiny toes were seen peeping out. 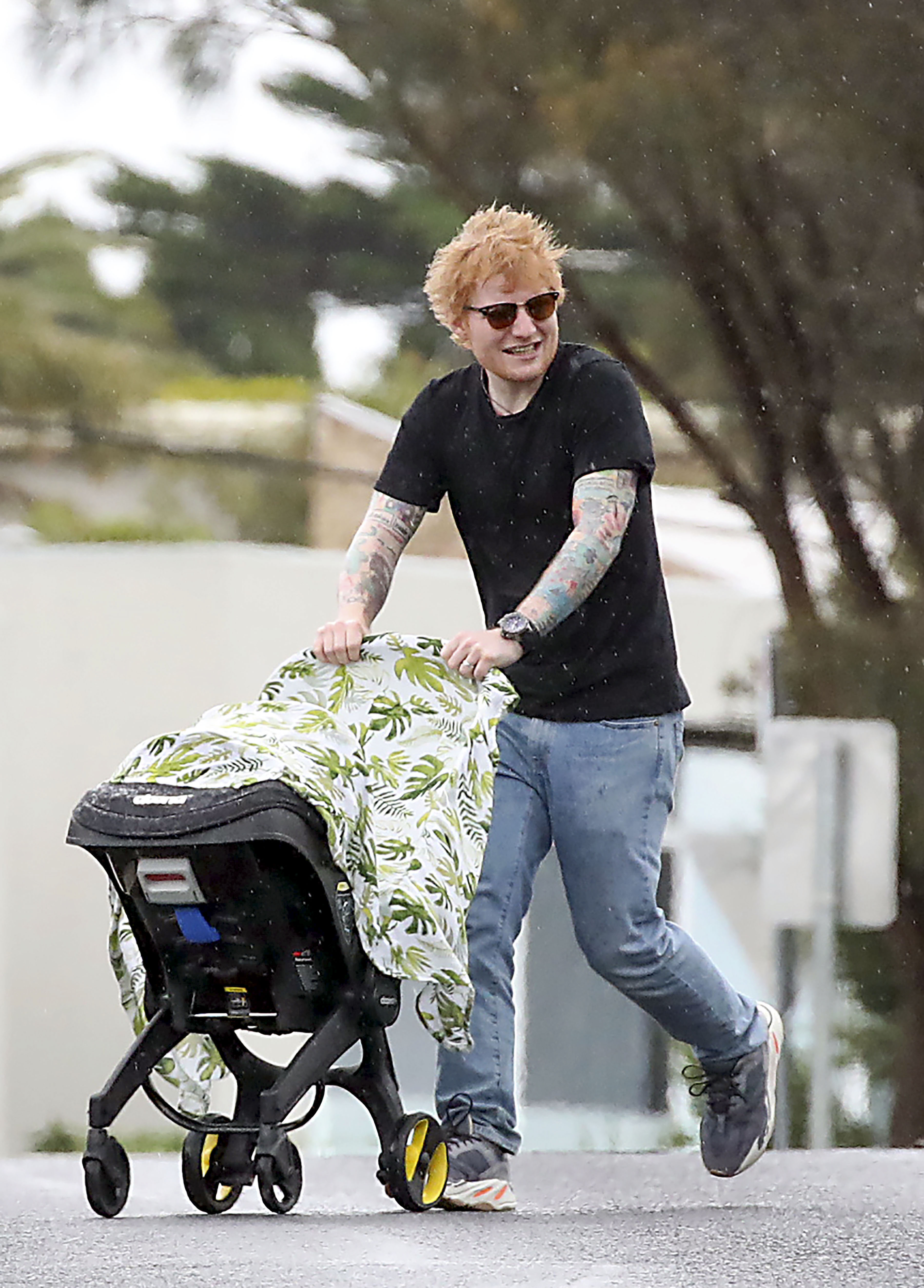 At one point, Sheeran was stopped by a fan. He posted to take pictures with her and then, to her delight, appeared to show her his new tattoos. 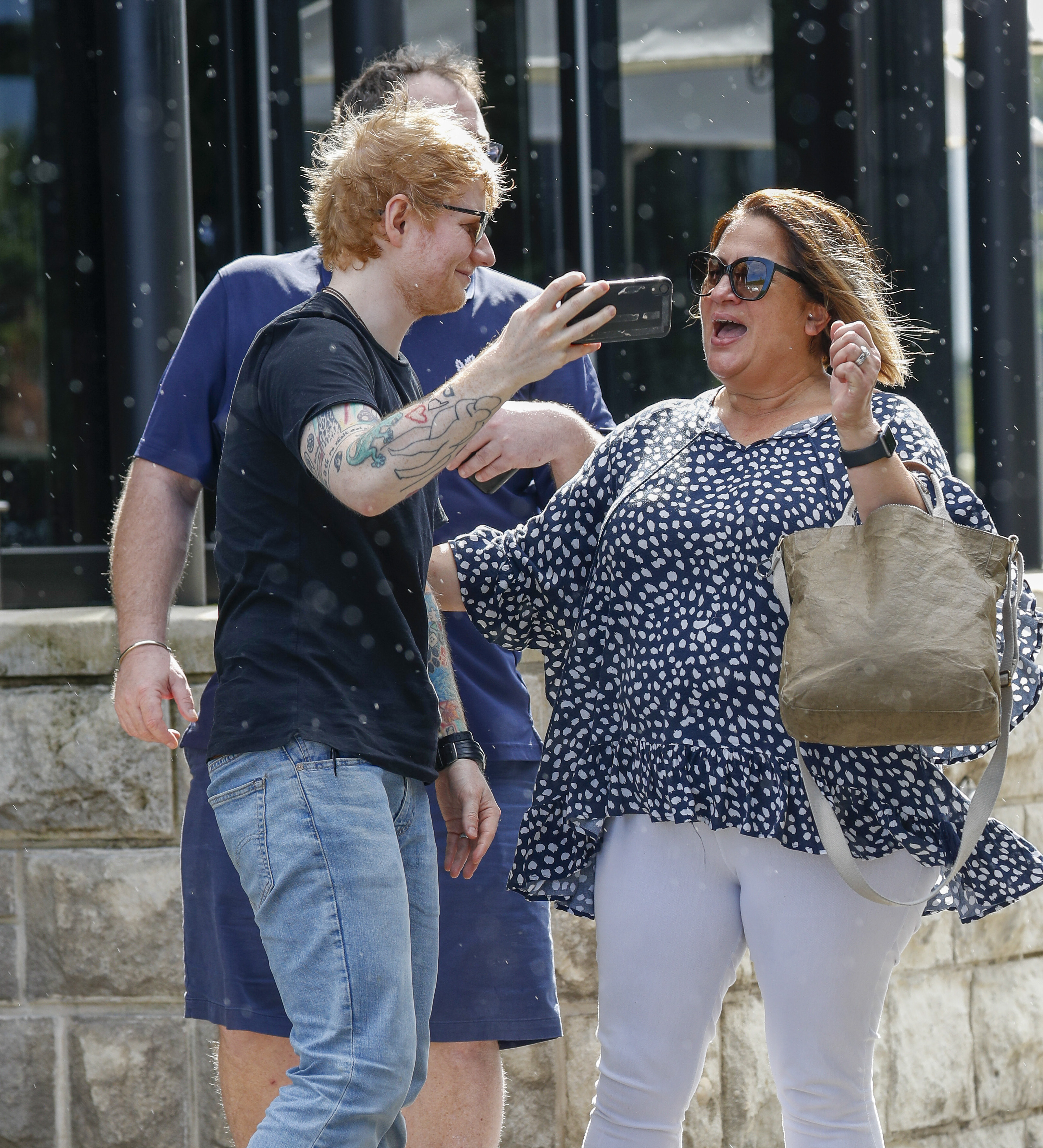 He and Seaborn were accompanied by their security team as they made their way to the hotel and ran for cover.

The couple welcomed baby girl Lyra, their first child together, in September 2020. 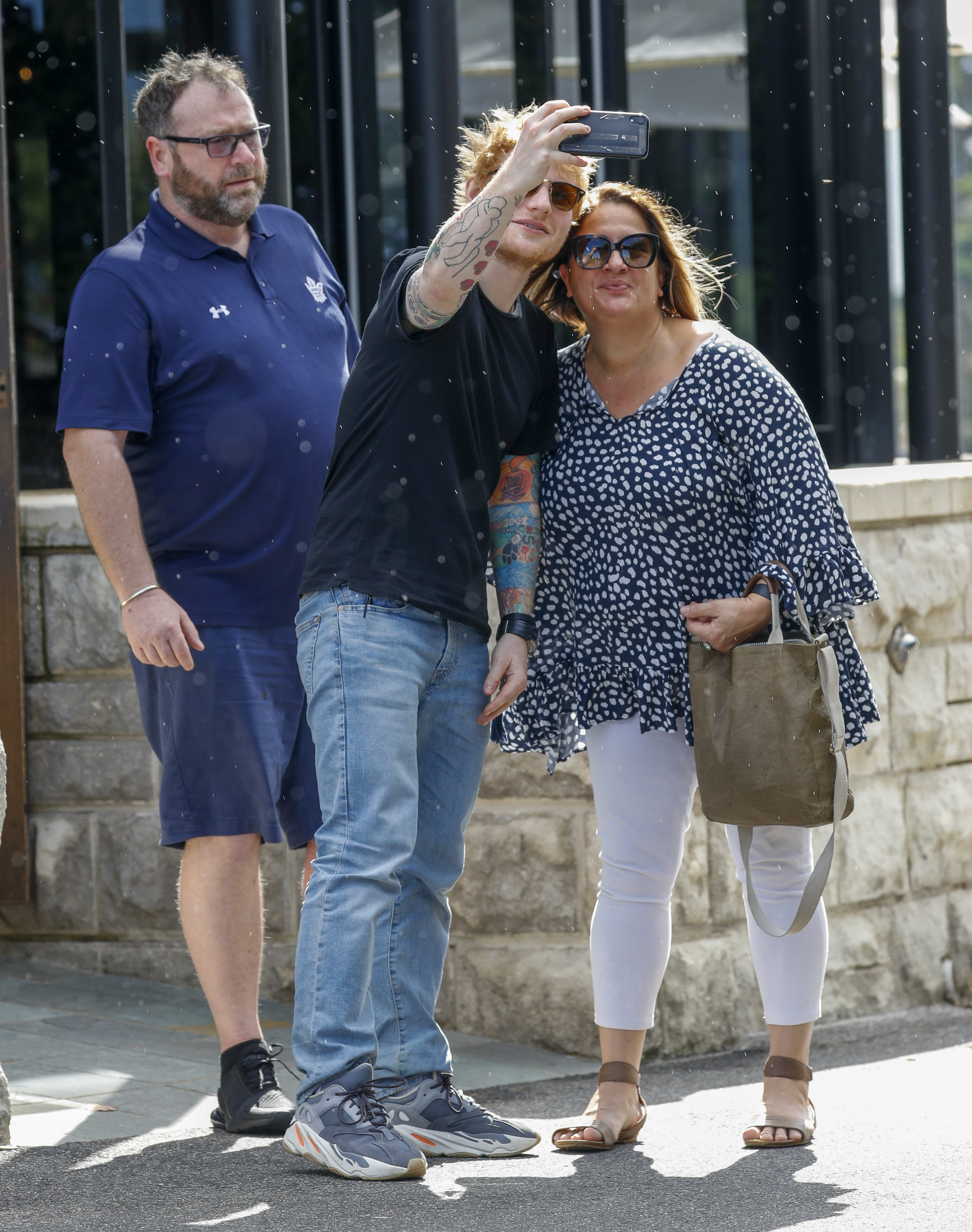 “We are completely in love with her,” Sheeran wrote on social media at the time, adding, “Both mum and baby are doing amazing and we are on cloud nine over here.” 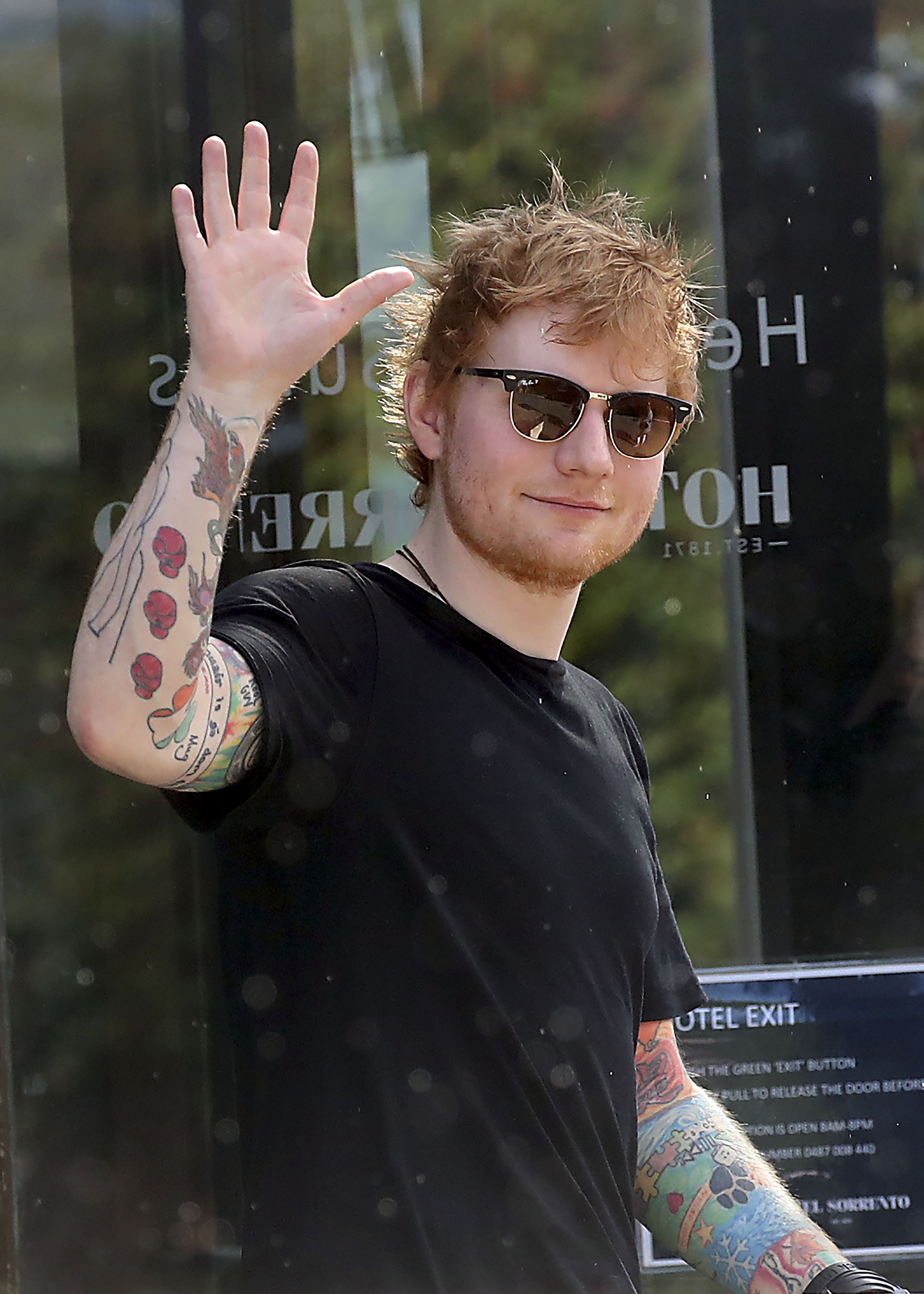 Reports surfaced in August 2020 that they were expecting.

The couple, who were childhood friends, got married in January 2019. In December that year, they starred in his music video for “Put It All On Me.”