Eat your way to happiness: The foods and herbs that will boost your mood INSTANTLY – including capsicum, rosemary and flaxseeds

A wholefoods chef has revealed the 10 ingredients to eat your way to a better mood – including capsicum for happy hormones and rosemary to relieve anxiety.

Nutrition coach Lee Holmes, from Sydney, said while chocolates, chips and fast foods can give you an instant boost – but it’s only temporary, prompting you to reach for another sugar fix, a cycle that leads to over eating.

But there are foods you can eat that will produce long-lasting feel-good hormones.

Here, the founder of Supercharged Food has shared the ultimate guide to instantly boost your mood with the right ingredients. 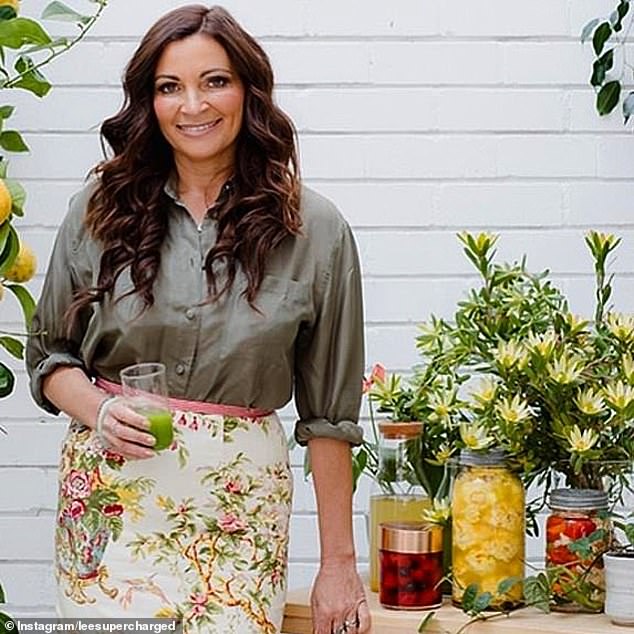 The 10 mood-boosting ingredients to eat

Capsicums are full of all kinds of mood supporting goodness, namely because they contain a high amount of vitamin C.

‘Capsicums are full of vitamin C (even more than oranges) which helps hormone synthesis, producing happy hormones. The higher the concentration of vitamins in our food, the bigger the impact on our mood,’ Lee explained in her latest blog post.

She pointed out the vegetable can also boost immunity.

She often sprinkles flaxseeds over her eggs, make a flaxseed crust with baked fish or ground them up to put over her porridge.

Lee pointed out that rosemary has been used in herbal medicine for centuries because it helps relieve stress and boost immunity.

‘It’s the perfect herb to add to your meals,’ she said, adding she usually includes rosemary in her thyme chicken stew dish.

Full of the vitamin B1, Lee said oats helps produce energy, seal the lining of the gut and reduce inflammation.

Cacao has been found to increase the neurotransmitter serotonin in the brain, giving us feelings of pleasure, happiness and lowering our stress levels.

Lee said the raw ingredient is also high in iron, magnesium and calcium.

She explained that cacao is best consumed as chocolate, whether it’s 70 per cent cacao or raw.

Oily fish such as salmon and sardines are great for the brain because it’s rich in omega 3 fatty acids – and boosts dopamine and serotonin levels.

‘Dopamine is a “reward” chemical that the brain releases in response to pleasurable experiences, such as eating,’ she said. 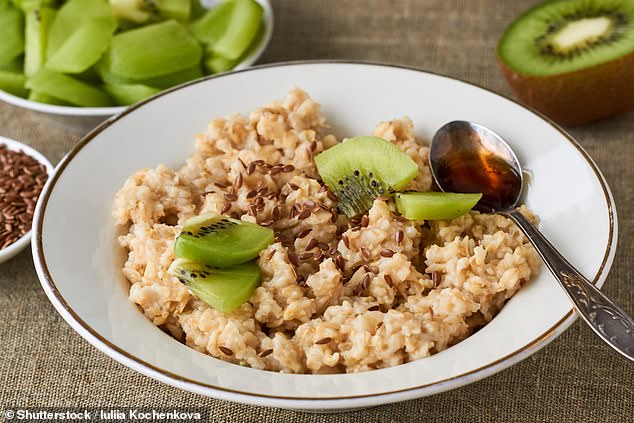 Avocados are packed with tyrosine, a precursor that helps the body produce dopamine – known as the brain’s pleasure centre.

‘Avocados are a natural hormone booster and they also help us absorb nutrients we’re eating, particularly fat-soluble vitamins,’ she said.

Lee explained that lentils are a ‘slow-digesting carbohydrate’ that help boost our serotonin levels and ‘keep things running smoothly on our insides’.

‘Lentils are a low-calorie, nutrient-packed legume with a nutty and earthy flavour,’ she said. 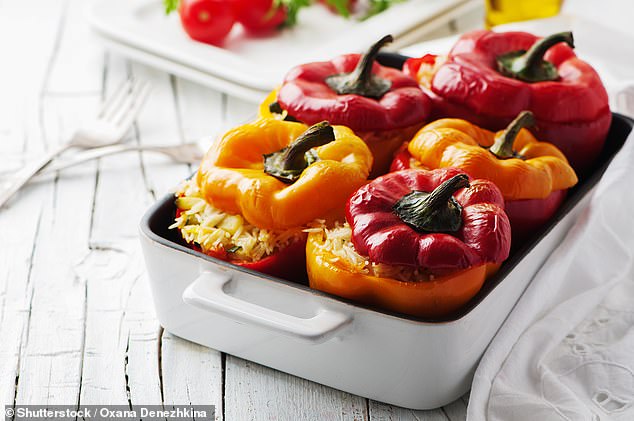 Capsicums are full of all kinds of mood supporting goodness, namely because they contain a high amount of vitamin C (stock image)

Lee said another mood-boosting spice is saffron, which has proven to help relive PMS symptoms such as mood swings and depression.

‘Researchers believe that the spice helps produce the feel-good neurotransmitter serotonin and makes it more available to the brain.’

Chai tea contains many health benefits such as increasing serotonin in the brain, improving metabolism, preventing bloating and boosting immunity.

‘Chai uses a blend of spices that promote happiness and I’m almost certain that a cup of chai tea can fix anything,’ she said.

Lee suggested drinking the ‘real stuff’, and avoid the powdered or syrup versions.