DUSTIN POIRIER has prepared for his needle match with Conor McGregor by revealing his extensive tattoo collection.

The 32-year-old from Lafayette, Louisiana loves body ink with art on most parts of his body. 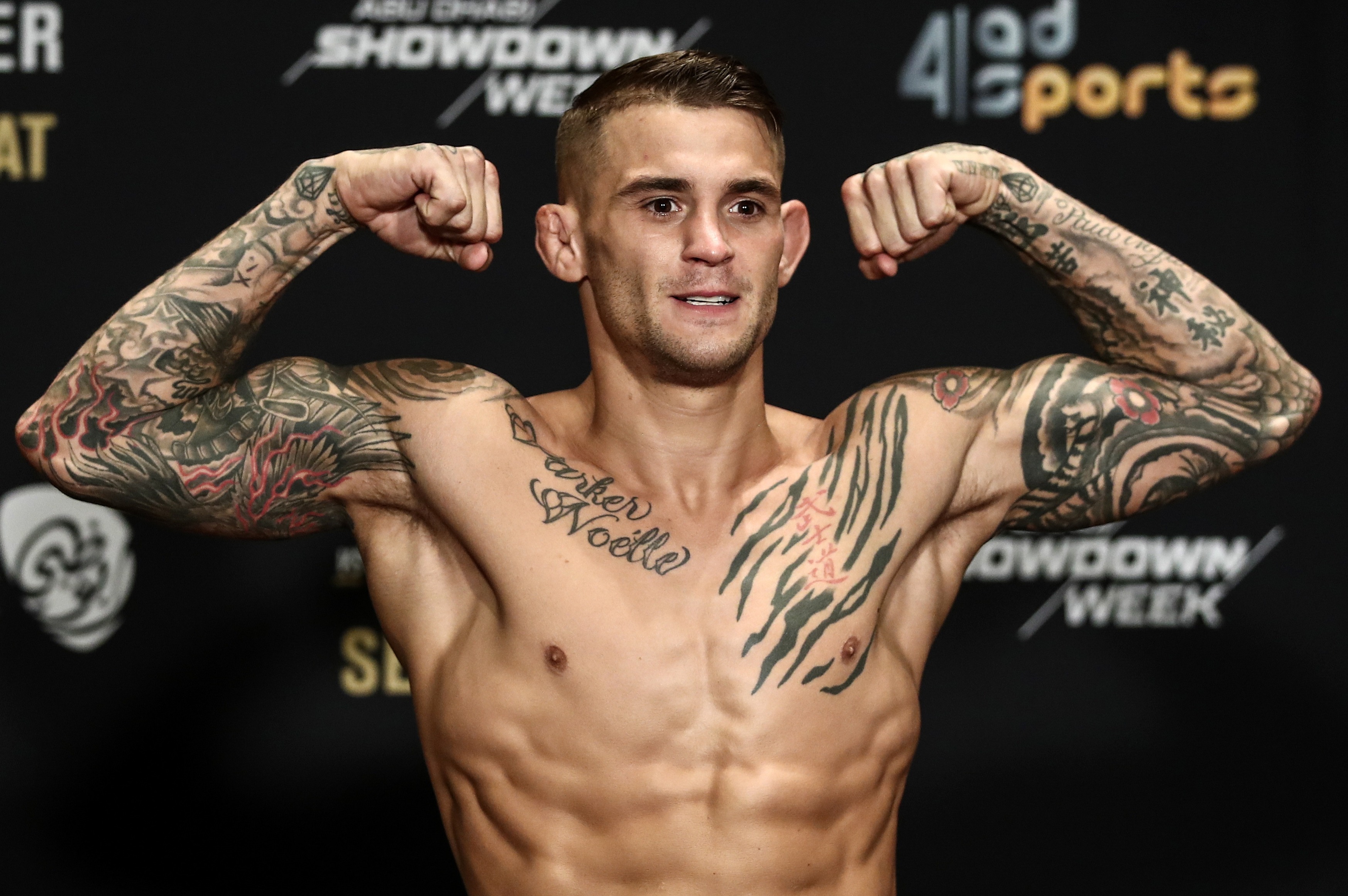 A lot of his art is deeply meaningful and personal – while there are some that just make good decoration.

He revealed in an interview with GQ that he got his first tattoo at just 14 years old.

Poirier, who fights Conor McGregor this weekend, said: "Where I'm from in Lafayette, Louisiana a lot of guys had tattoos before they were 14.

"They were horribly done by tattoo guns, they were made at the house from guys who learned the art.

"My grandfather was in the Navy, he was a rougher gentleman and his chest his legs were covered in tattoos.

"The first tattoo I got was when I was 14 years old. And it was a D on my shoulder with some flames on it and some dice.

"I'm not even sure why the dice and flames – maybe just being 14 years old.

"There came a point where I kept getting these street tattoos done over a few years and my mum told me to stop.

"She said she'd sign a consent to go to a real tattoo shop and do it legally and with a real artist and you won't get a blood disease." 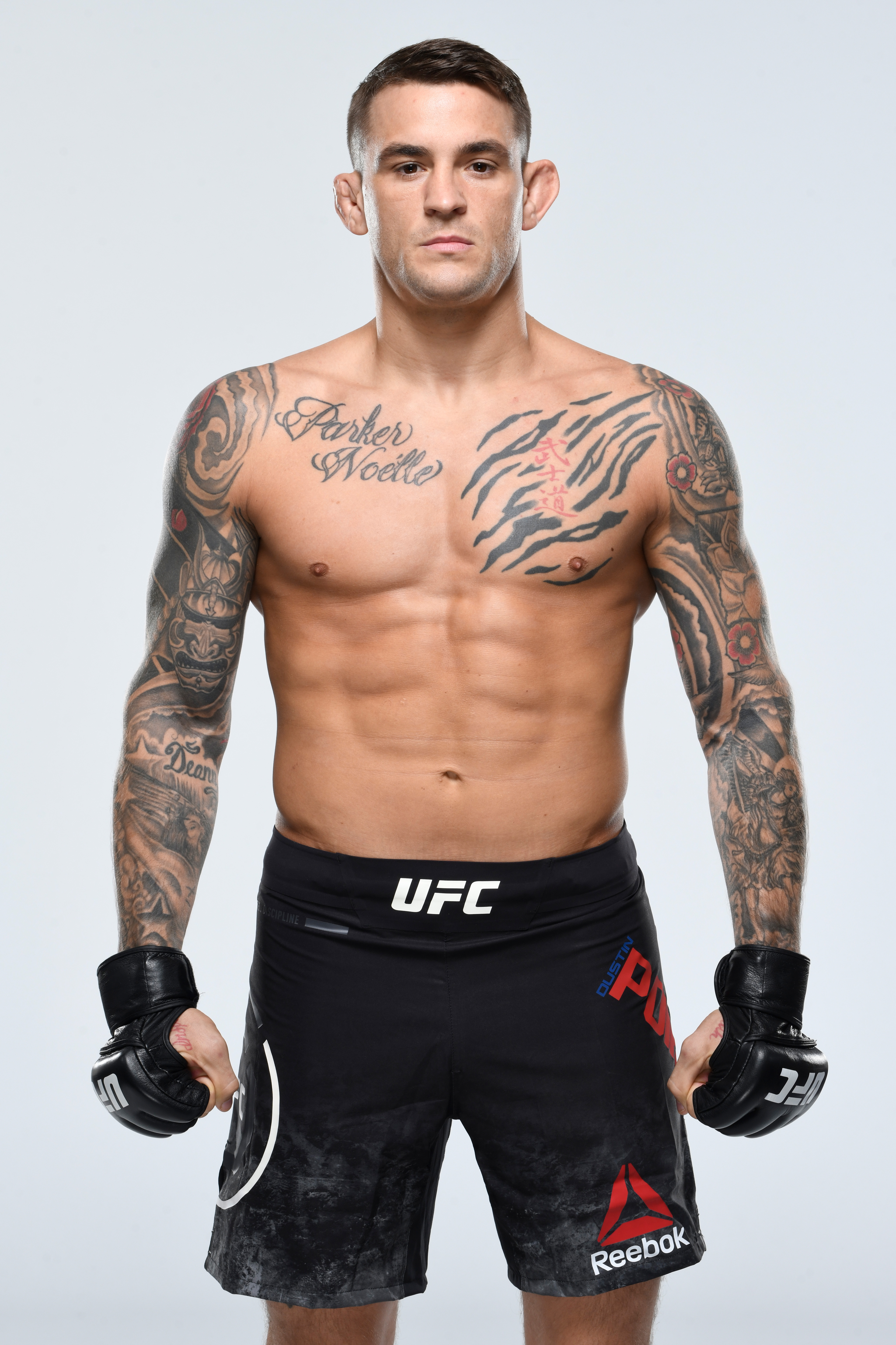 On his right hand Poirier has the word 'inspire' and a crown 'because it looks cool'.

And on his left hand is the word 'faith' and a fleur-de-lis – which is a symbol for French royalty.

The symbol is also close to his roots and features on the flag of his region, and also the nearby New Orleans Saints NFL side.

He also has four women's names inked onto his skin – his mum, grandma, wife and daughter. 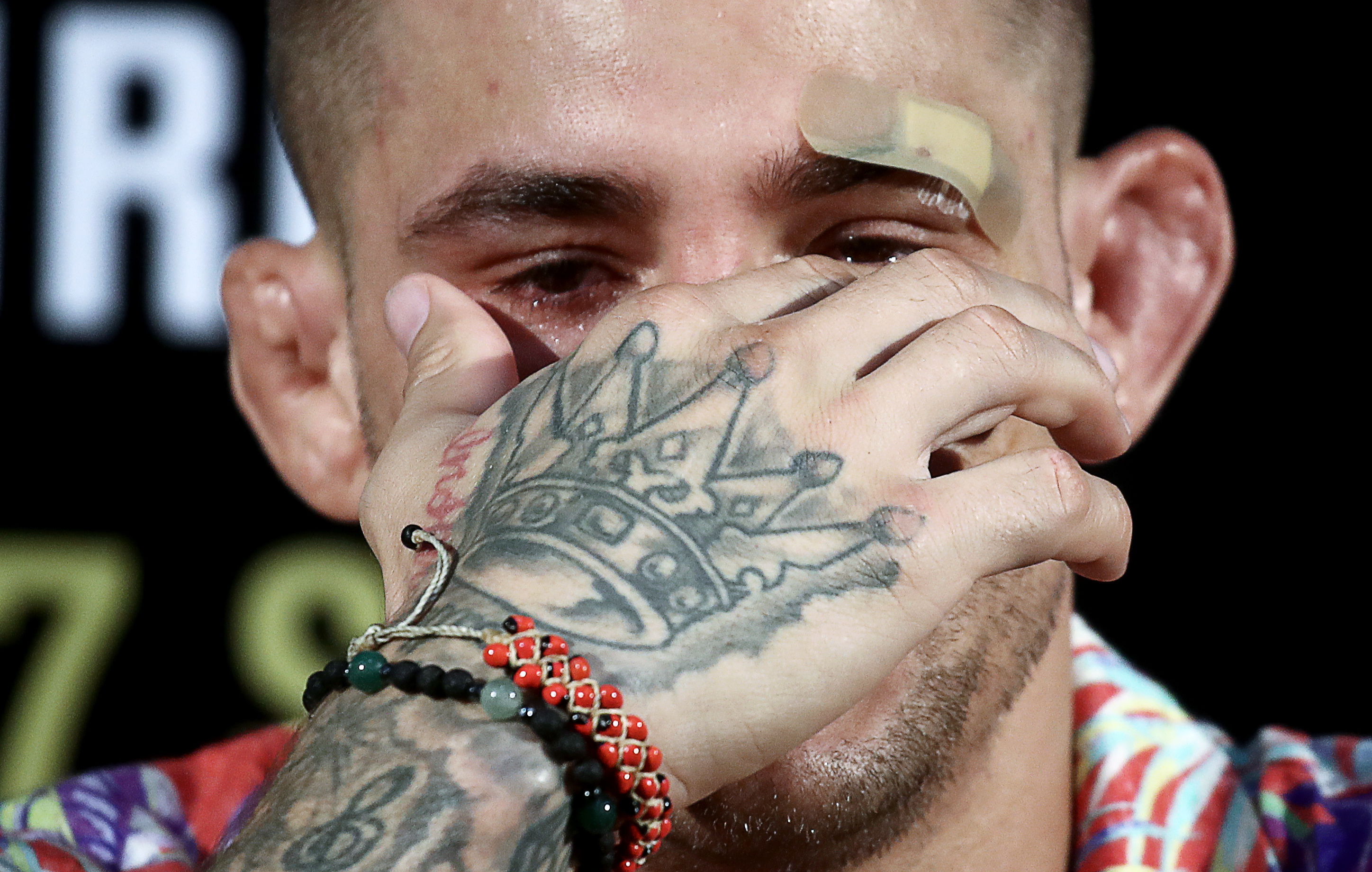 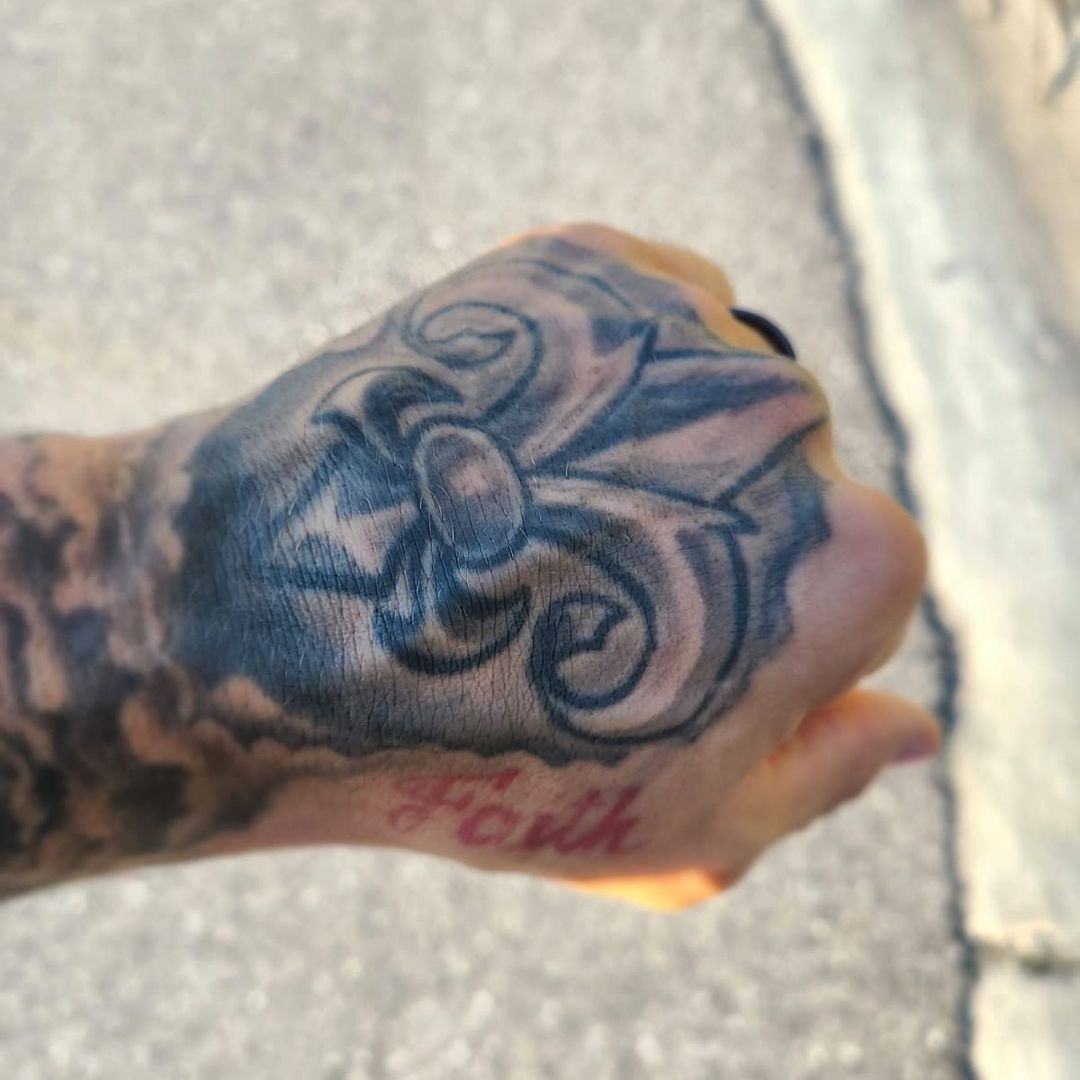 Poirier explained: "I was raised by my mother and grandmother.

"I only have one tattoo that was done outside Lafayette, Louisiana and that's my daughter's name – I got that done in Florida.

"I have four women's names tattooed on me because I was raised by women so that's very powerful."

The 32-year-old MMA fighter also has the date he married wife Jolie in Roman numerals on the back of his left hand.

There's also a message paying homage to his Christian faith on his left forearm 'blood bought, paid in full'.

Poirier also has a dove on his right arm, along with a rose and rose petals falling. 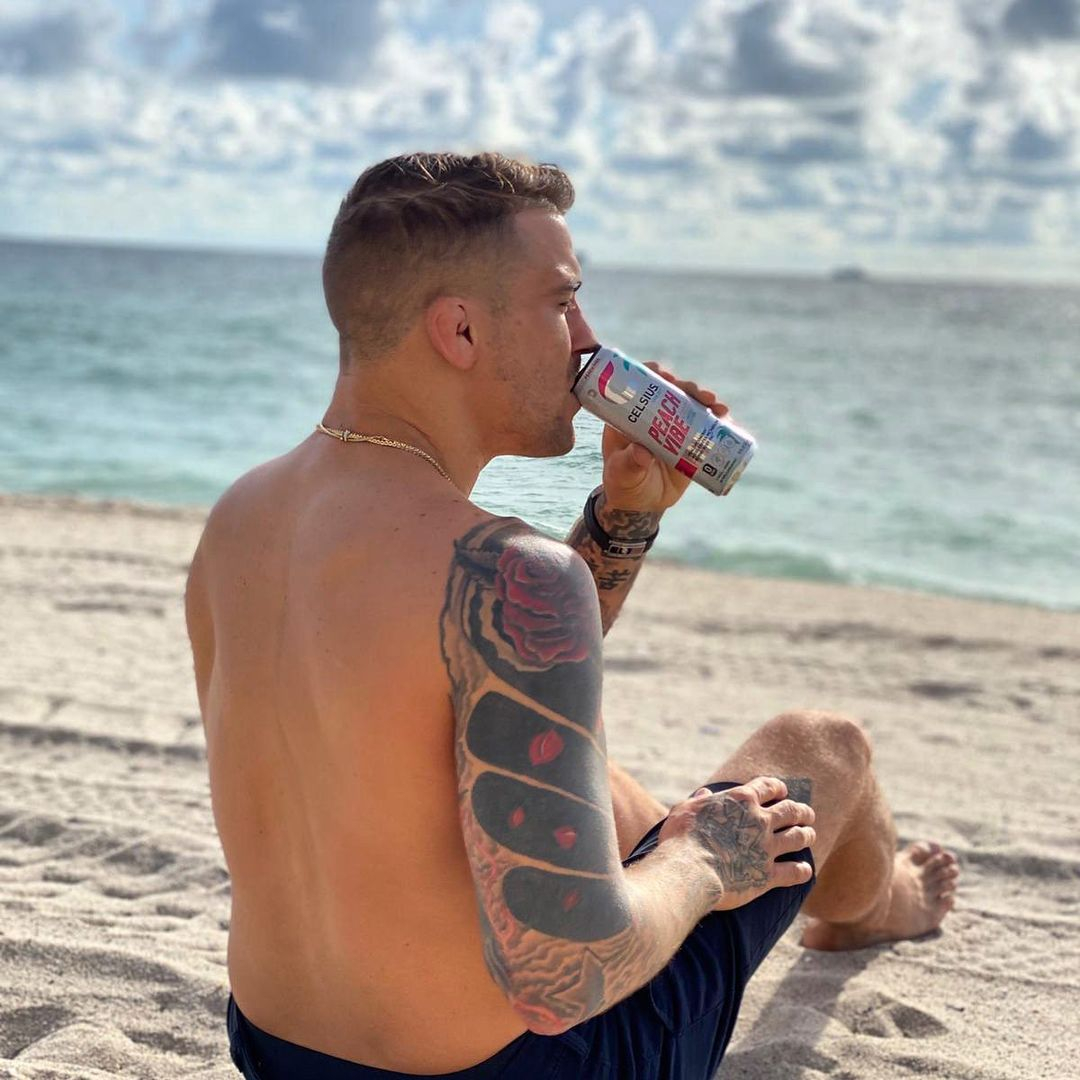 His elaborate arm ink also includes Jesus, a star scene, a fire and a phoenix to represent overcoming things and rising up.

He has a Japanese mask on the inside of his right bicep and covered up the 337 area code tattoo because it was 'silly and done bad'.

The UFC star's left arm features a tiger on his shoulder, an outline of the state of Louisiana and a magnolia.

Poirier has a tiger stripe print across his chest over his heart, and in the middle of it is the Bushido code.

That means 'way of the warrior' in Japanese to represent his fighter's heart. 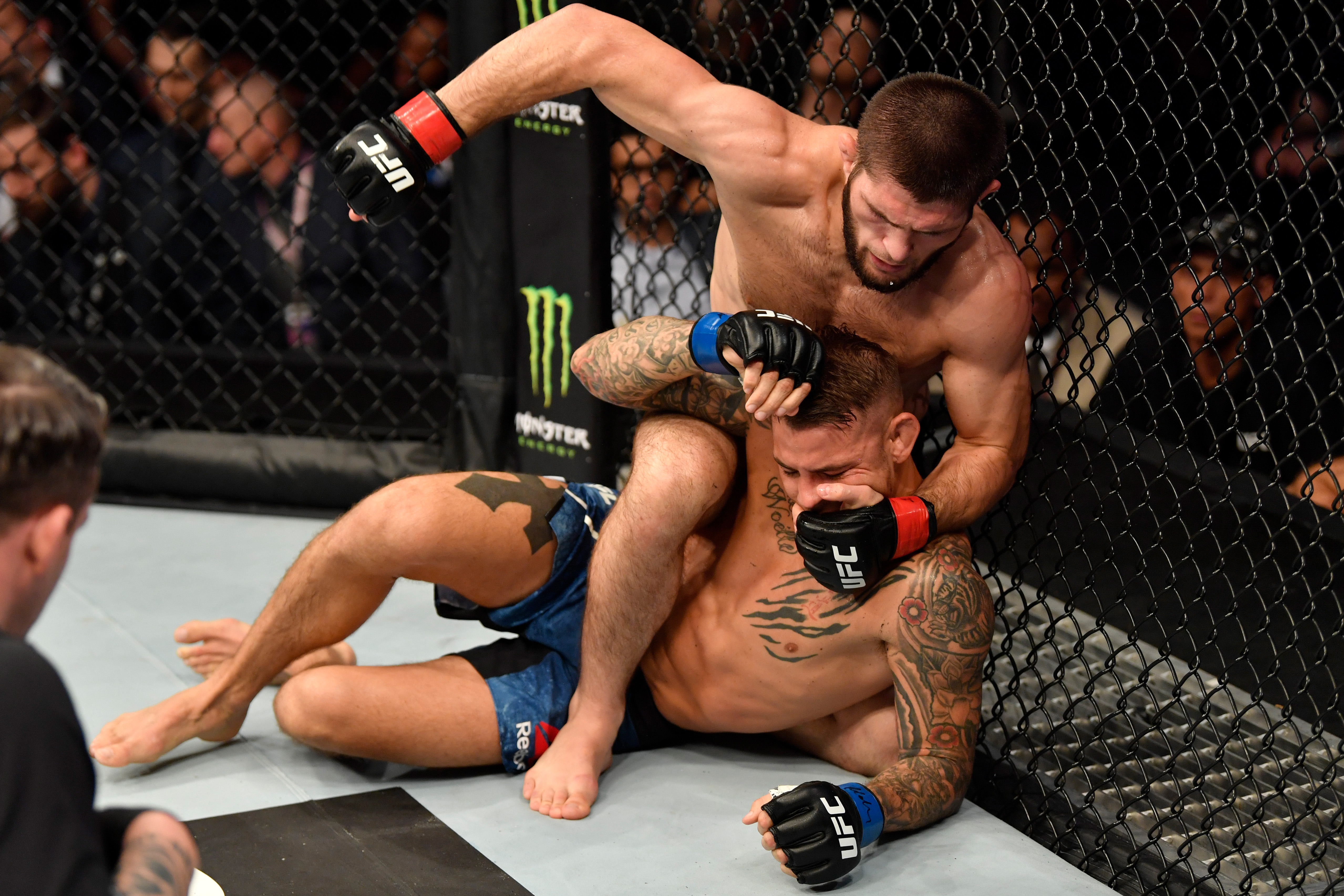 And on his right thigh, Poirier has a huge solid cross to cover up an street tattoo that went wrong when he was younger.

He said: "I never planned any of this, it was just in the moment. That week it just came to me 'I'm going to get another tattoo' and just did it.

"Every tattoo, I can remember what was going on in my life at the time."