It is the tale of a woman who "desires to break the mould, follow her internal compass" and fall in love along the way.

The Duchess of York's debut novel, published by Mills & Boon, is her own "personal brand" of historical fiction that will draw heavily on her own "unique journey and experiences", she has revealed. 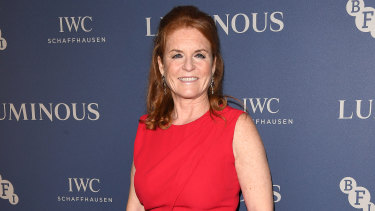 Sarah, Duchess of York will release her first novel with Mills & Boon in August this year. Credit:Getty

The book, Her Heart for a Compass, will tell the imagined story of Lady Margaret Montagu Douglas Scott, her great-great-aunt. However, it might, in part at least, be considered a thinly veiled biography. It is understood readers will "very much" see the Duchess in the main character.

The novel follows the main character to Ireland – where the Duchess went in the aftermath of her mother's death in a car crash in 1998 – and also to the US, where she famously reinvented herself after her divorce, signing up as an ambassador for Weight Watchers.

While the Duchess has written many children's books, the novel, to be published in August, is her first attempt at adult fiction. And fans of Mills & Boon's "bodice ripping" romances are unlikely to be disappointed as it has a love story at its heart. 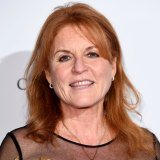 “I drew on many parallels from my life for Lady Margaret’s journey,” says the Duchess of her main character’s story arc. Credit:Getty

Despite drawing on parallels with her own life, neither the Duchess' former husband, the Duke of York, nor their daughters, Princesses Beatrice and Eugenie, have read the manuscript.

"She wants it to be a surprise," her spokesman said.

The Duchess was inspired to write the novel after researching her ancestry. Intrigued to discover the existence of Lady Margaret, with whom she shares her middle name, she was keen to learn more about her life. But despite Lady Margaret's parents, the Duke and Duchess of Buccleuch, being close friends with Queen Victoria and Prince Albert, the Duchess was unable to source much information. Thus, the idea for her novel was born.

"With real historical events and facts to hand, my imagination took over," the Duchess said.
"I invented a history for her that incorporated real people and events, including some of my other ancestors.

"I created a friendship between my heroine and Princess Louise, Queen Victoria's sixth child, and I drew on many parallels from my life for Lady Margaret's journey."

The Duchess, who has sold more than 1.5 million books, added: "I have long held a passion for historical research and telling the stories of strong women in history through film and television. I am proud to bring my personal brand of historical fiction to the publishing world."

The Duchess wrote the novel with the help of "collaborator and mentor" Marguerite Kaye, who has written more than 50 historical romances for Mills & Boon. She said she thoroughly enjoyed the experience and was already working on her second novel.

Mills & Boon, which became part of HarperCollins in 2014, said the novel followed the "fascinating journey of a woman born into the higher echelons of society who desires to break the mould, follow her internal compass (her heart) and discover her raison d'etre – falling in love along the way." 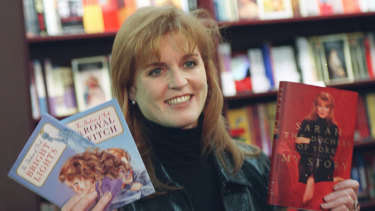 The author with copies of her first books, in California in 1996. Credit:AP

The publisher described the book as an "immersive historical saga that sweeps the reader from the drawing rooms of Victoria's court and the grand country houses of Scotland and Ireland, to the slums of London and the mercantile bustle of 1870s New York".

Lisa Milton, executive publisher for Mills & Boon, said: "This brilliant sweeping story is perfect for our existing readers as well as reaching fans of bestselling novelists such as Philippa Gregory and Anne O'Brien.

"Mills & Boon are honoured to publish the Duchess of York's debut novel as we move into our next century of publishing brilliant books by women for women."

As well as a number of children's books, including the successful Little Red and Budgie the Little Helicopter series, the Duchess has written two memoirs, My Story and Finding Sarah. She can regularly be found reading stories for children on Storytime with Fergie and Friends on YouTube. She has also worked on historical documentaries and films that draw on her interest in Victorian history.