DRIVERS have been left fuming after having £99 withheld from their account when paying for fuel using pay at the pump.

The system is called a "pre-authorisation check" and is aimed at stopping motorists with insufficient funds in their bank accounts from filling up their cars and clamping down on theft. 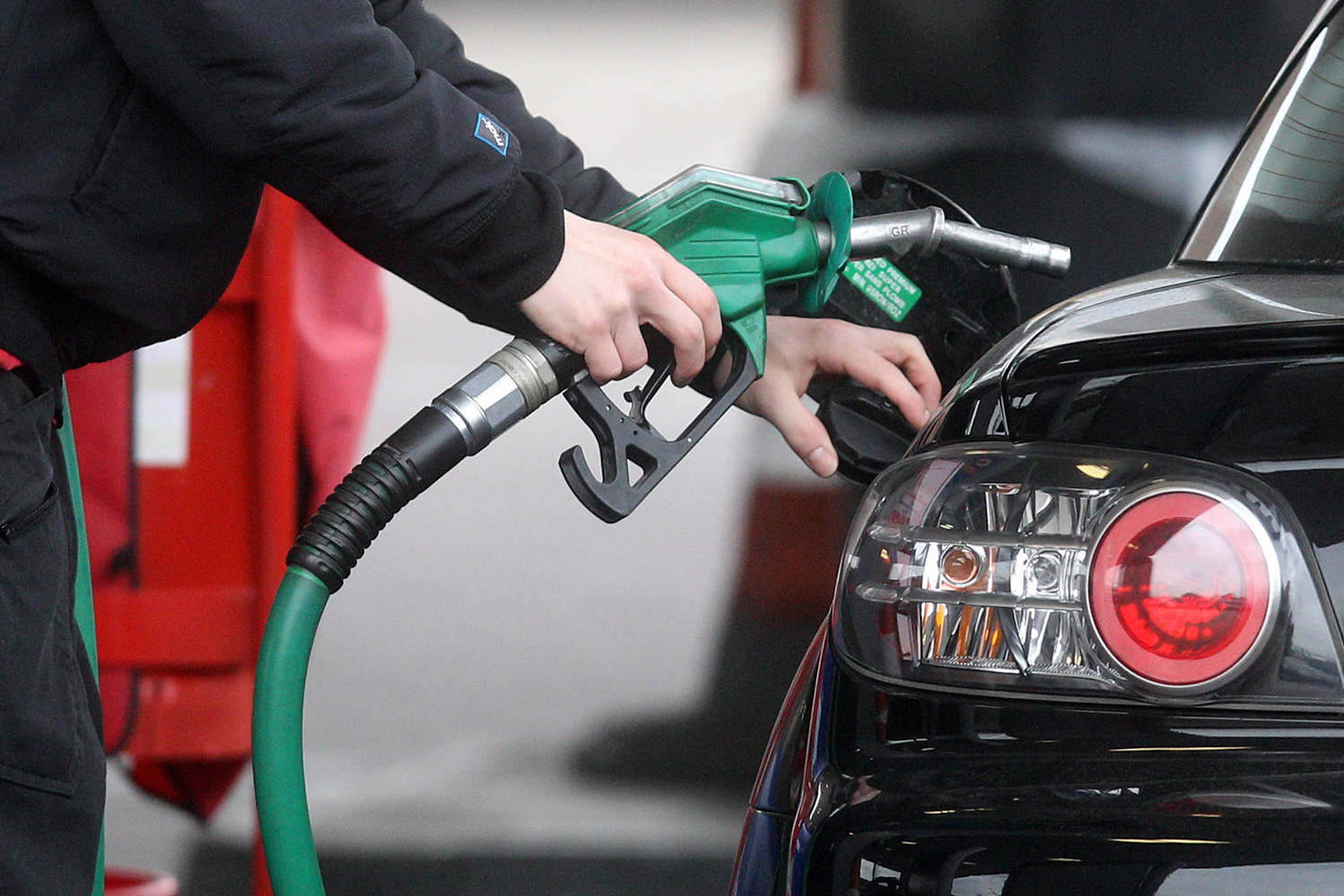 Usually, the money set aside ranges between £1 and £30 but some drivers have noticed a huge increase of up to £99 being witheld from their account.

To use pay at the pump service, customers must enter their card and PIN before being able to fill up with fuel.

The service station then runs a "pre-authorisation" check to "ring-fence" a specific amount of cash to ensure you have enough funds.

Your card is then charged the true cost depending on how much you fill up and the rest of the money should be released back into your account immediately.

The cash doesn't leave the cardholders account but they also can't spend it until it's been released.

The system has been brought in by Mastercard and Visa again – not the supermarkets.

It was first trialled in 2018 at Asda forecourts before being scrapped due to backlash from drivers after the funds were being withheld from customers for days.

At the time, the supermarket blamed the banks being unable to immediately return the holding funds.

Now, The Sun understands the Mastercard and Visa holding fees are being introduced across the industry again as an updated banking infrastructure is now in place.

Sainsbury's began running the trial at a number of its forecourts in April, while Asda is testing it at one undisclosed branch.

Tesco is also testing the new system at its branch in Stevenage Broadwater and plans to roll it out to more supermarkets later this year.

However, some drivers are complaining that the cash isn't being returned immediately.

Harlee Wooton, 28, from Sussex, was left “extremely angry” after the pre-authorisation money was held from her account for more than a week. 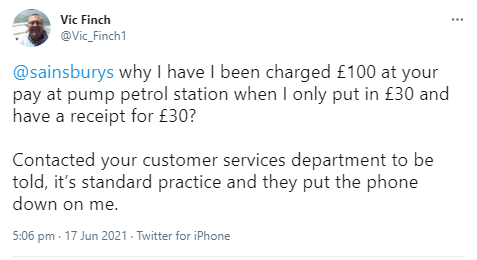 She told the Sun: “I got fuel at a Sainsbury’s pay at pump last Monday morning and the money was held until this Tuesday! So 6 working days.”

"I was extremely angry as I have previously used Sainsbury’s and they have always debited £1 and then the remainder over the next day or two," she added.

"Now with no warning they are holding £100 which I think is absolutely extortionate.

“Luckily I had enough money in my account to manage but what about people that don’t?

“I have two young children so this could have been very different and left me in a desperate situation."

Mark Chidwick said he didn’t realise £99 had been held from his account after paying at a Sainsbury’s petrol pump in Chesterfield, Kent until the next morning when he received a text from his bank saying he was overdrawn.

He saw the £100 transaction on his banking app and called the bank, who explained the pre-authorisation check to him.

“The payment stayed on my account for one night and a whole day so it was a total rip off,” he said, adding that he had already been out of pocket for other reasons that day.

Other angry customers took to social media to vent their frustrations at the trial.

UK Finance, which represents the banking industry, told The Sun it was aware of some teething issues.

James Thorpe, spokesman for Mastercard said they are working together with banks and petrol stations to improve the way payments are made at the pump.

He added that the transaction may appear on your banking app but customers should not panic because the money has not actually left their account.

Meanwhile, a spokesperson for Visa said: "There may be a small number of occasions where the updates do not occur in real-time. In this case, please don’t worry. You will only be charged for what you’ve purchased. Please contact your bank if you have any concerns.”

Sainsbury's is also advising customers who are having trouble getting the funds back to contact their bank directly.

Alex Neill, CEO of Resolver urged customers to flag the non-refund as soon as possible.

He said: "if you find that the charge has not been released or refunded after a day or two contact your bank or credit card provider immediately, explaining what has happened.

"You should get an immediate reversal of the funds."

The Sun has also contacted Morrisons, Spar and Co-op to ask when they will roll out the new pre-authorisation system at their petrol pumps.

In other news, Brits with cryptocurrency are being warned they could lose all their money as it’s revealed 2.3million have invested.

It also recently emerged that delivery apps can charge up to 44% more than ordering takeways directly.