What is Raya? 15 celebrities on the exclusive dating app

Drew Barrymore gets tattoo with ‘special meaning’ on her talk show

Drew Barrymore is the latest celebrity to publicly distance herself from Woody Allen, saying she believes she was “gaslit” into working with him.

The actress, 46, admitted to Allen’s adopted daughter Dylan Farrow that she regrets starring in the controversial filmmaker’s movie “Everyone Says I Love You,” which was released in 1996 — four years after Farrow accused Allen of sexually abusing her as a child.

“There was no higher career calling card [at the time] than to work with Woody Allen,” Barrymore said on her talk show Monday.

“Then I had children, and it changed me because I realized that I was one of the people who was basically gaslit into not looking at a narrative beyond what I was being told.”

Farrow, 35, appreciated the support, saying she knows it takes courage to speak up in Hollywood.

“It is just so meaningful,” she said. “It’s easy for me to say, ‘Of course you shouldn’t work with him. He’s a jerk. He’s a monster.’ But I just find it incredibly brave and incredibly generous that you would say to me that my story and what I went through was important enough to you to reconsider that.” 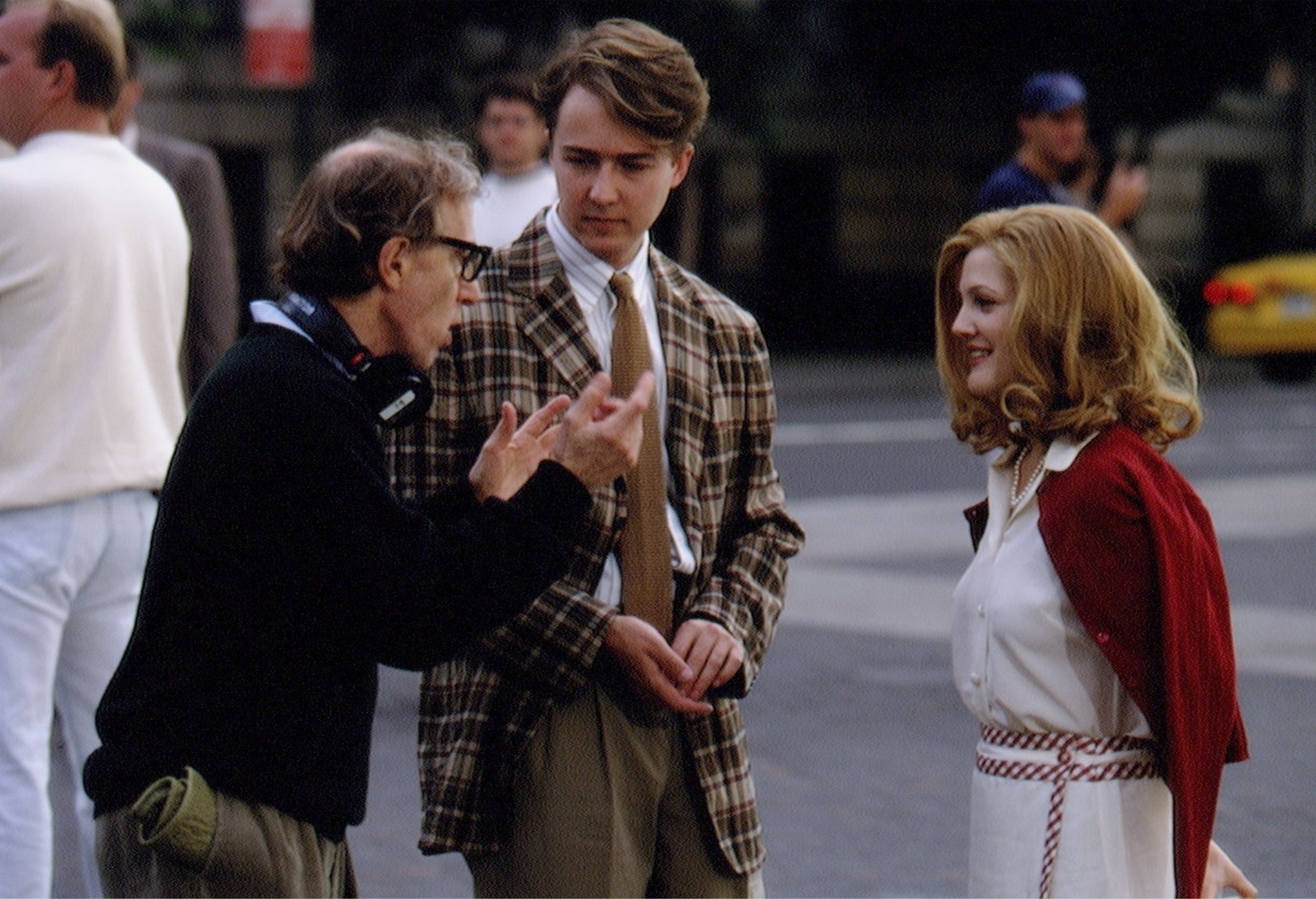 In the docuseries “Allen v. Farrow,” which aired on HBO in February and March, Farrow spoke extensively about the abuse she allegedly endured in the summer of 1992.

The four-part series also included a never-before-released home video shot by her mother, Mia Farrow, that showed a 7-year-old Dylan claiming Allen had inappropriately touched her in the attic of the family’s Connecticut home.

The Oscar winner blasted “Allen v. Farrow” in February, saying in a statement, “These documentarians had no interest in the truth. Instead, they spent years surreptitiously collaborating with the Farrows and their enablers to put together a hatchet job riddled with falsehoods.”