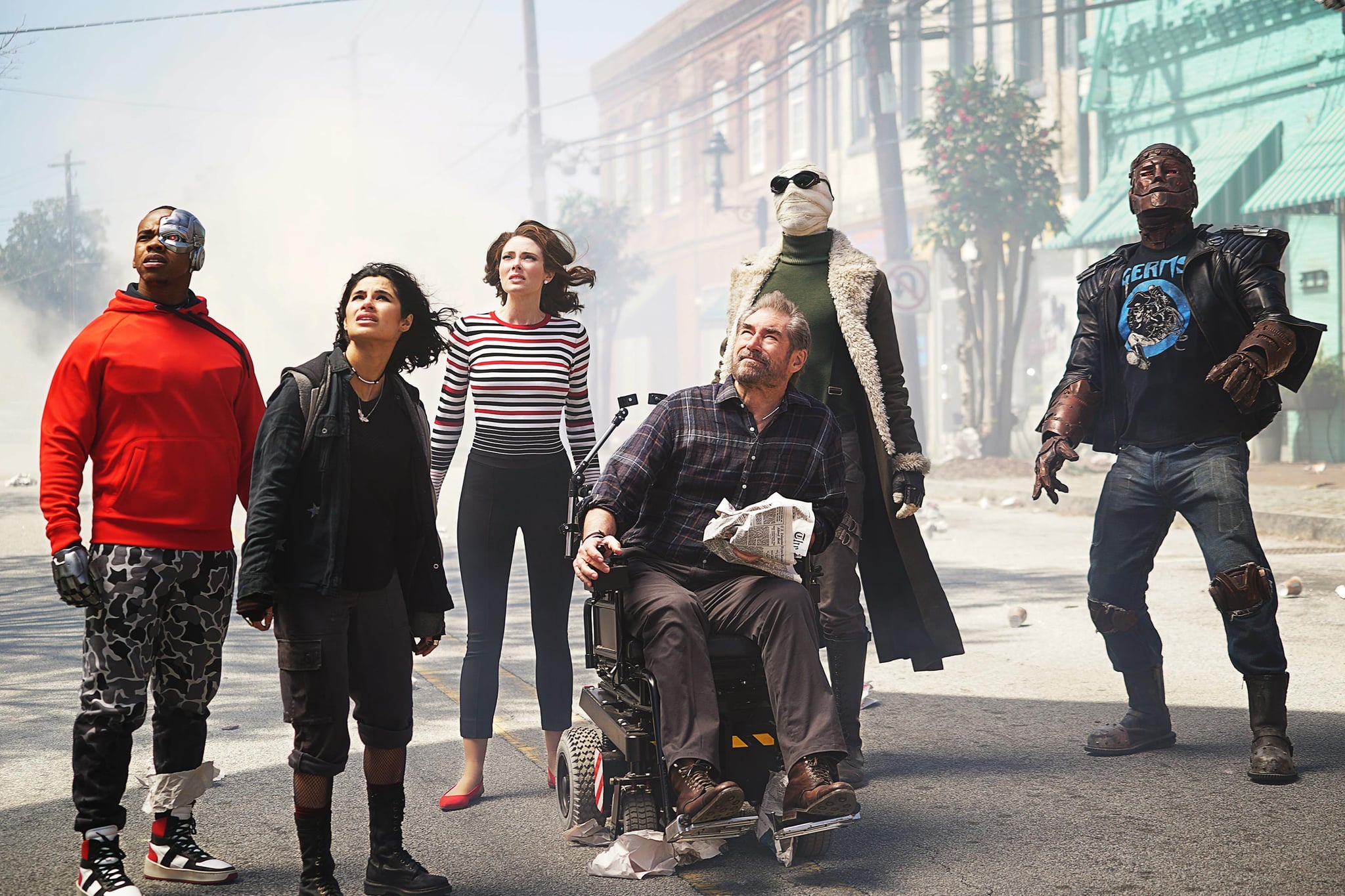 If you squealed with joy during Joe’s emphatic, heart-aching monologue in The Old Guard, Doom Patrol should be next on your watchlist. Originally debuted by DC Universe last year, the outlandish superhero series was renewed by HBO Max for its second season, becoming another addition to the new streamer’s slate of originals.

First and foremost, Doom Patrol is amazing and more people should be talking about it. With leading roles filled by the smoldering Matt Bomer, ’90s icon Brendan Fraser, Orange is the New Black’s Diane Guerrero, and former James Bond himself, Timothy Dalton, the cast is already reason enough to watch. If the reputation behind the names isn’t a big enough draw, the show gives audiences something critics of superhero films have long been asking for: queer representation.

As an oddball mixture of the enthralling, morose stakes indicative of the superhero genre coupled with wildly camp characters and story elements, Doom Patrol is an irreverent, genre-blending original. Moaning sex ghosts, a hero whose flex-activated telekinesis can send a shock wave of orgasms, and a rollerskating time villain — it’s all on the table. Danny The Street, is however, the most peculiar and perfect of them all.

Danny the Street is a living gender-queer street with the power to teleport themselves and their residents to any location in the world (possibly universe). They communicate through street signs, napkins, neon signs, and anything else they can create lettering on. First introduced in “Doom Patrol #35” in 1990 by writer Grant Morrison, Danny was originally a cross-dressing transperson (referred to in the comics as a “transvestite”) who offered himself as a safe haven people who either weren’t accepted by or didn’t feel at home in society.

The term “transvestite” alone is problematic and dated, but the show creators sought to maintain Danny’s queerness in the series adaptation, resulting in their much-needed evolution to non-binary. Season one’s episode eight, “Danny Patrol,” is their first introduction on the series, and follows heroes Cyborg (Joivan Wade) and Larry Trainor (voiced by Matt Bomer) in their fight to protect Danny and Danny’s residents, cutely referred to as Danizens, from the evil Bureau of Normalcy. 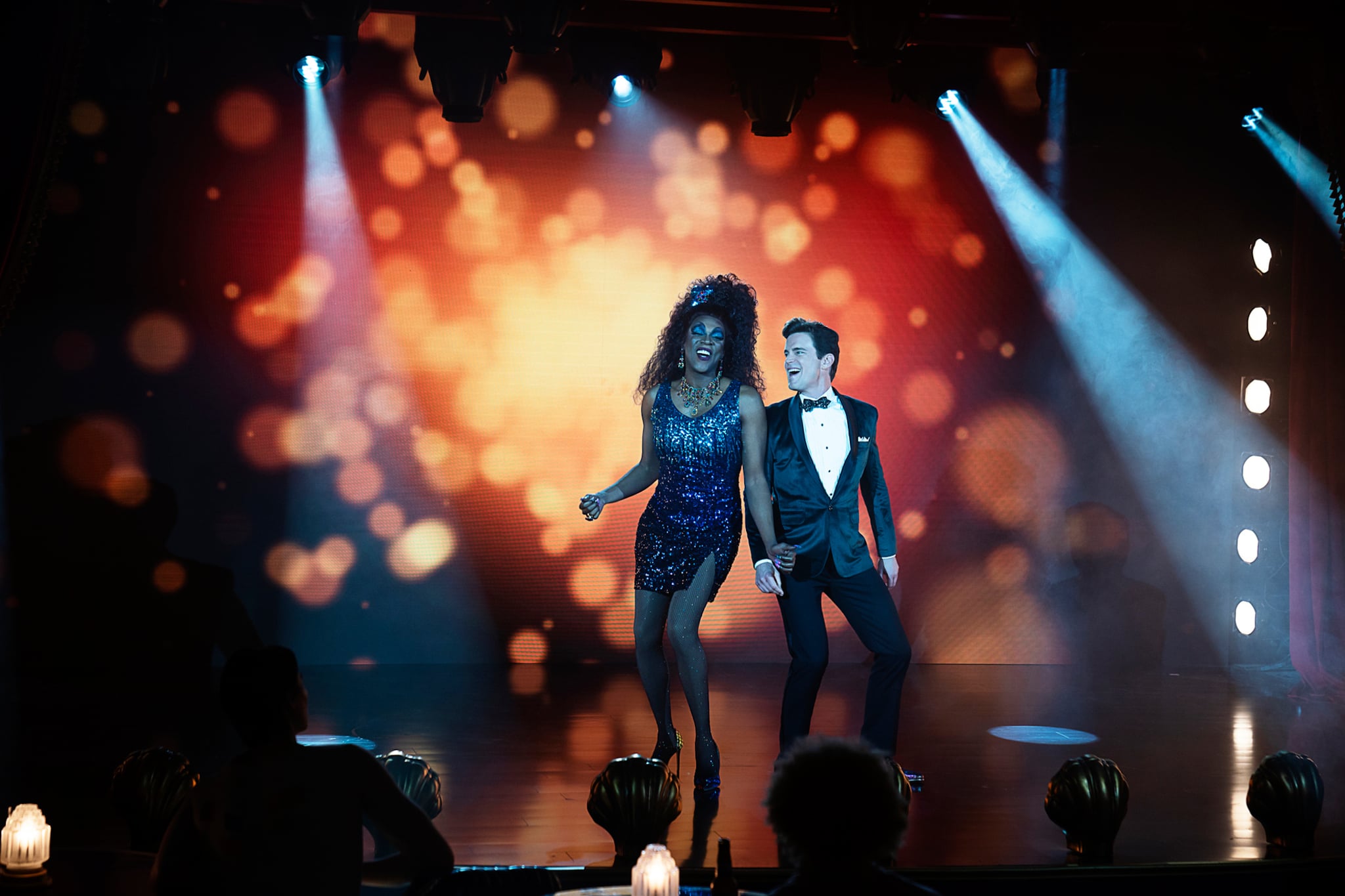 Throughout the episode, Danny and fabulous transgender woman Maura Lee Karupt reiterate the importance of celebrating, and most importantly respecting, people’s differences. Danny and Maura Lee’s teachings really hit home for Larry, who struggles to find pride in his homosexuality. Embellished with a drag show ending, Pride.com called the episode “the queerest episode of television in 2019.” In respect to his role, Matt Bomer told Digital Spy, “Larry is one of the most three-dimensional, fully [realized] gay characters I’ve ever played. As much as it’s a fun superhero show, Doom Patrol is really about the human condition.”

In a literal sense, Doom Patrol‘s queer characters bring the queer representation desperately craved in superhero franchises, but that isn’t where the representation ends. Like all superhero stories, the heroics aren’t the real focus of the project. Sure, we all loved seeing Iron Man take on Thanos in his super suit, but it was his development from arrogant, self-absorbed rich kid to self-sacrificing mentor that kept us emotionally attached.

Through the vehicle a superhero adventure, Doom Patrol ultimately tells the story of outsiders laboring to find joy in the differences that cast them out from society’s acceptance. Narrated in a modernized camp style reminiscent of Joel Schumacher’s 1997 flop-turned-cult-hit Batman & Robin, the series uses queer characters to investigate a trial in life that is inherently relatable to the queer experience.