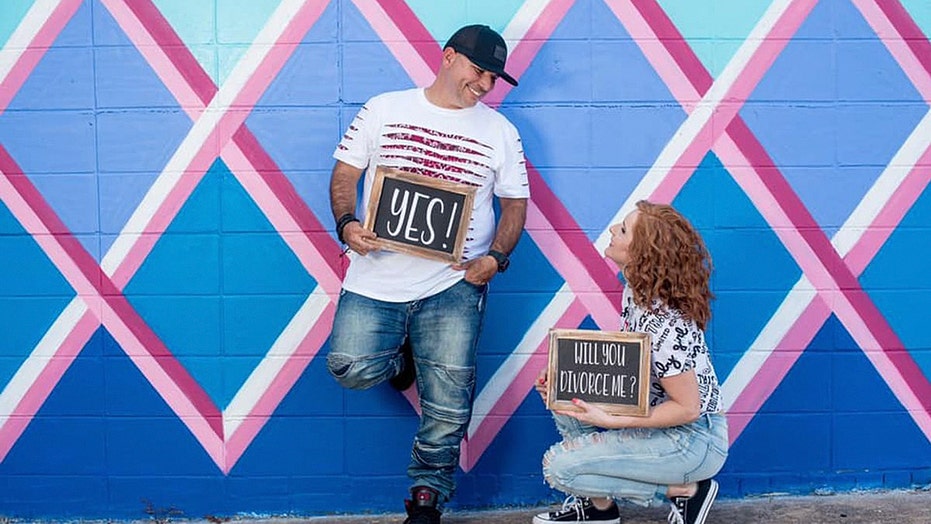 While most couples commission a professional photographer for an engagement, wedding day or even a family portrait, two former lovebirds went against the grain to commemorate their divorce.

The humorous and what appears to be a mutual uncoupling was documented in a photoshoot that was later shared on Facebook by Shalena Casanova, according to a report from FOX 23 News.

'MARRIED AT FIRST SIGHT' STAR MINDY SHIBEN ON WHAT SHE LEARNED FROM DIVORCE TO ZACH JUSTICE: 'I'VE REALIZED MY SELF-WORTH'

Casanova can be seen holding a chalkboard sign that says, “Will you divorce me?”

Her ex-husband stands nearby holding a chalkboard of his own with an exuberant, “Yes!”

In one photo, the pair are posed in front of a colorful, geometric mural while they look into each other’s eyes, smiling and their chalkboards on full display. Casanova is down on one knee, mimicking a marriage proposal.

WHY JANUARY IS THE MOST POPULAR TIME TO DIVORCE 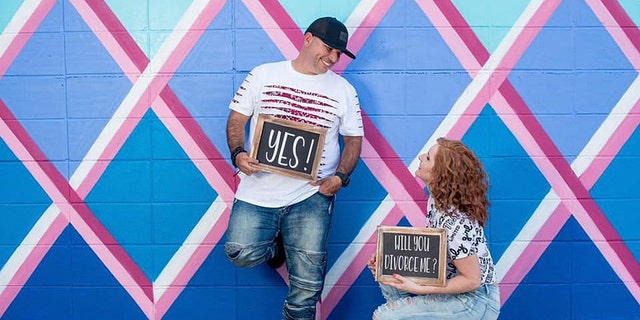 The Facebook post has since been removed from public viewing, but FOX 23 noted that it said, “The ‘oh well so shameful’ deed.”

“We are by no means condoning divorce; however, we are not ashamed to celebrate the end of our marriage,” Casanova wrote at the time. “We choose to separate FOR the kids and not believe the lie that staying together for the sake of the kids is what is best for them. We love fully when we are our best selves.”

The couple reportedly intend to be a part of each other’s lives as co-parents.

Casanova did not immediately respond to Fox News’ request for comment.

The photoshoot was captured by David Lackey, an Oklahoma-based photographer and videographer.

For every 1,000 Americans, there are an estimated 2.9 divorces, according to current data published by the CDC’s National Center for Health Statistics.