This is what care home food SHOULD be like: Devoted chef serves up restaurant-quality dishes to elderly residents including venison and crème brûlée – and says his meals can be ‘all they have to look forward to’

A devoted care home head chef has become an online sensation after serving up haute cuisine-inspired dishes for its elderly residents.

Kevin Nairn, 42, goes to painstaking effort to serve up restaurant-style fare for the 30 inhabitants at Stormont Lodge care home in Blairgowrie, Perthshire.

His creations range from tasty lasagne served with a garnish, to venison and crème brûlée – as well as hotel-standard afternoon tea.

The proud chef posted images of his food on his Facebook page, where they were shared by his sister Yvonne McDonald.

They’ve since been appreciated by more than 130,000 people, with many praising the high quality of his meals. 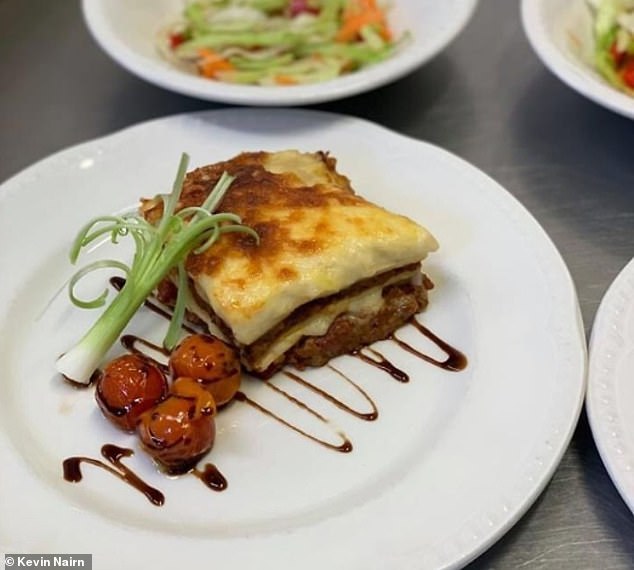 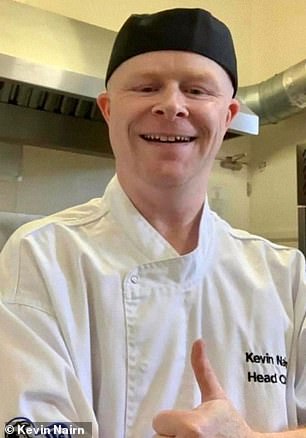 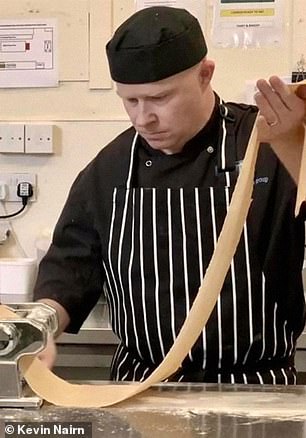 Kevin Nairn, 42, is head chef at Stormont Lodge care home in Blairgowrie, Perthshire. Pictured hard at work in the kitchen

The chef also makes dishes including cranberry and brie canapes, Indian-style vegetable pakoras and traditional cooked breakfasts with all the trimmings.

They are all presented in a manner which would not be out of place in a top hotel.

Kevin told FEMAIL he gets a lot of joy out of cooking for the residents, some of whom have dementia.

‘It is all they look forward to,’ he said. ‘My soups go down a treat all the time. All the cream soups – tomato soup is one of the biggest ones that I do.’ 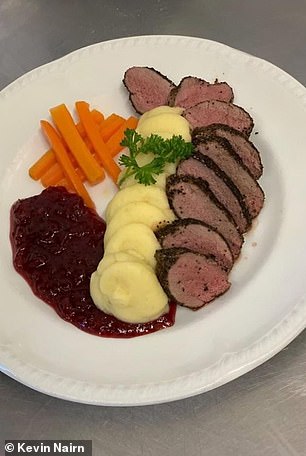 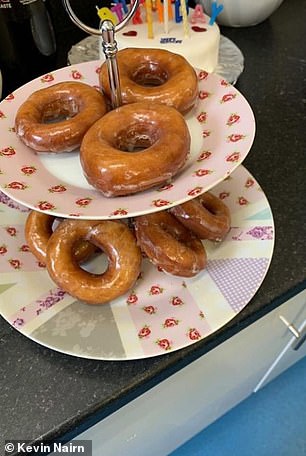 The proud chef posted the images on his Facebook page before they were shared by his sister Yvonne McDonald and have since been viewed by more than 130,000 people. Pictured left: Venison with Cumberland sauce and carrots. Pictured right: glazed donuts made by Kevin 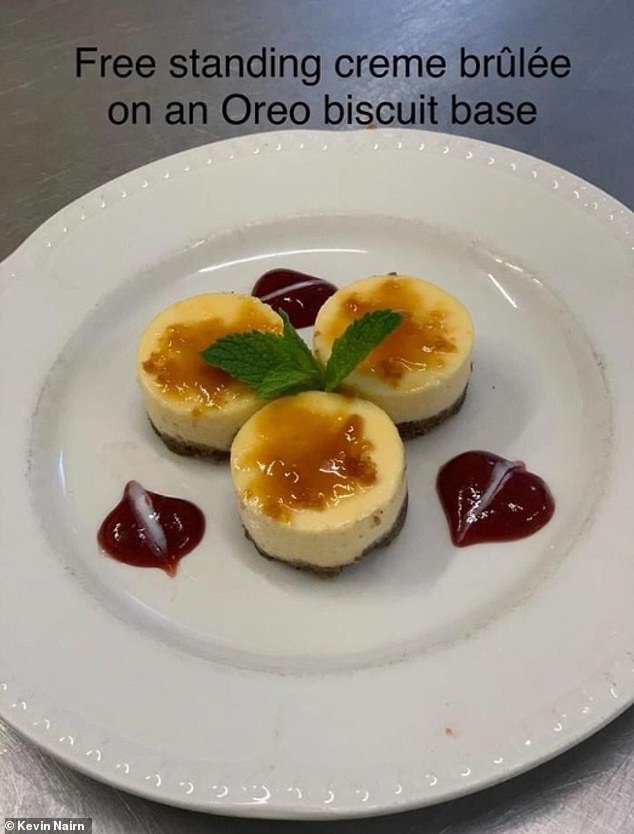 Kevin told FEMAIL he gets a lot of joy out of cooking for the residents, some of whom have dementia. Pictured: Creme Brulee on an Oreo biscuit base 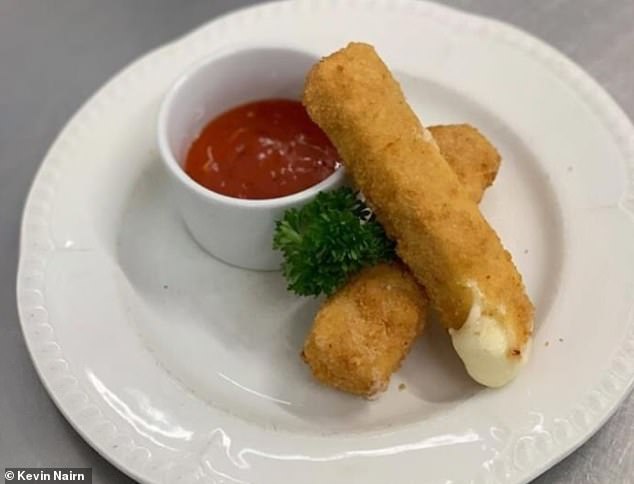 The chef involves Stormont Lodge’s residents in devising his menus by giving them scorecards to rate his creations. Pictured: Mozarella sticks with a chilli dip 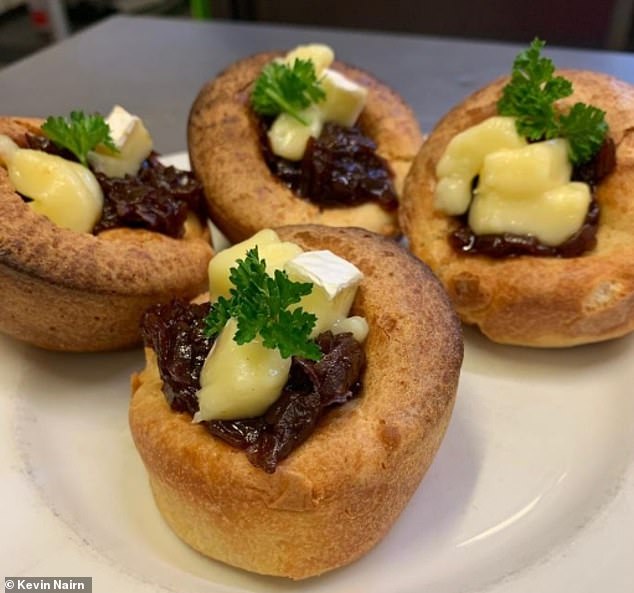 The chef also makes dishes including cranberry and brie canapes, like these pictured above 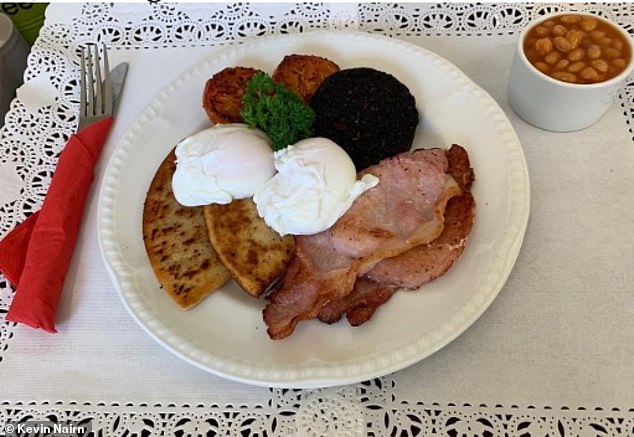 A traditional cooked breakfast, complete with haggis and poached eggs, is also on the menu

The chef, who involves Stormont Lodge’s residents in devising his menus by giving them scorecards to rate his creations, said his background working in hotels means the appearance of his dishes is important to him.

Asked which dishes are a favourite of the residents, Kevin said: ‘I’ve got braised steak on just now, they love it.

‘The desserts are also a big treat. Homemade pizzas too, and obviously the lasagne. You don’t expect that, but they do like other stuff.’ 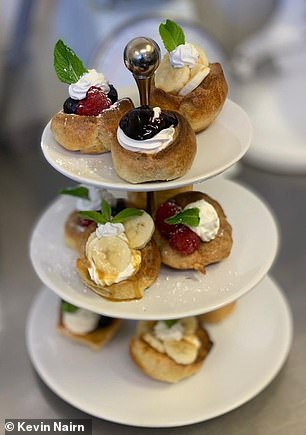 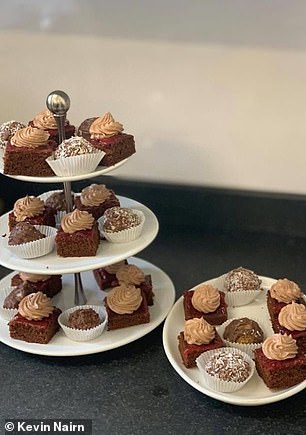 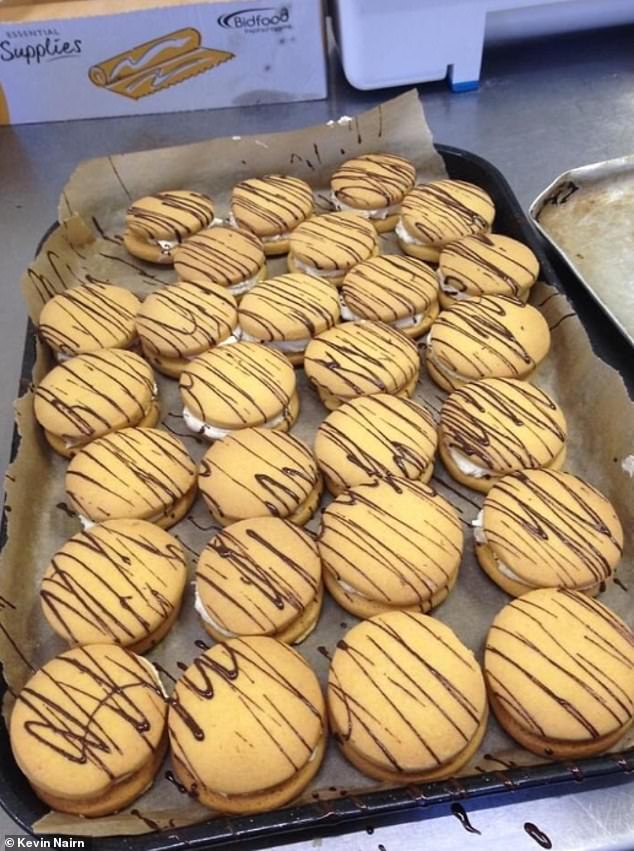 Kevin’s sister Yvonne told Bored Panda she shared the pictures of Kevin’s food in the hope that others would see the lengths he goes to for the care home residents.

‘I am extremely proud of my big brother and we are always discussing food and recipes,’ she said.

‘When he shared these photos with me, I just thought, “Wow, I need other people to see what he does.”

‘During this strange time of the COVID-19 lockdown, care homes have had it tough and I just wanted people to see the happiness my brother brings to the residents.’ 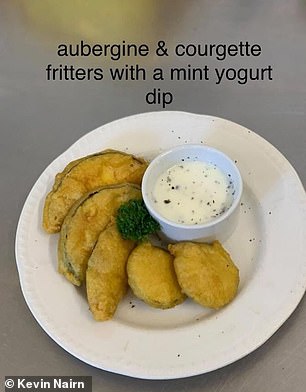 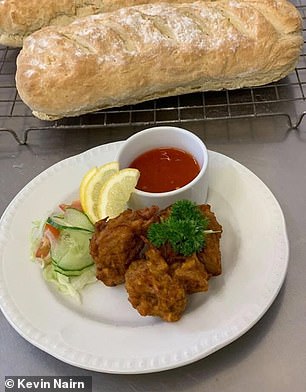 People who saw the pictures after they were shared widely by Kevin’s sister commented on how brilliant the dishes looked.

One person wrote: ‘My elderly mother has stayed in a nursing home a couple of times (short-term) and this post brings tears to my eyes. That care is awesome!’

Another said: ‘Getting old just got a bit less terrifying. Thank you and your brother.’

A third added: ‘They love him because he makes food fit for human beings. Because he treats them as such and not as refuse.’ 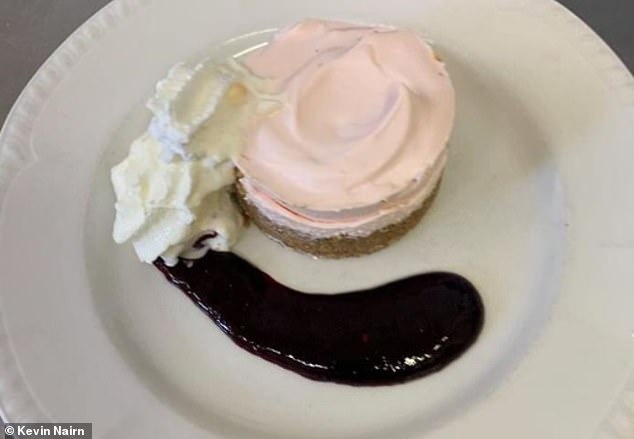 The above is a strawberry cheesecake made by Kevin, complete with whipped cream and a compote-style sauce