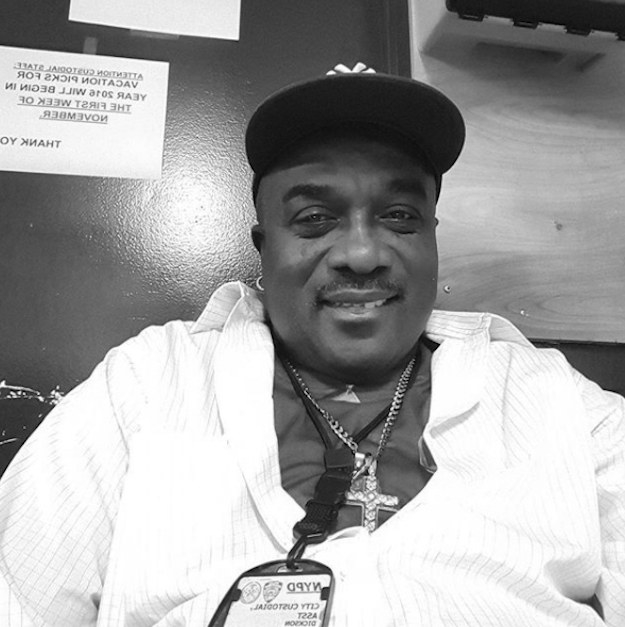 A photo Dickson posted to Instagram of himself at work in 2015.

Dennis Dickson, who worked for 14 years as a janitor with the New York City Police Department, died Thursday from COVID-19, the disease caused by the novel coronavirus. He was 62.

Dickson, who died at Brooklyn’s Kings County Hospital, was the first NYPD casualty of the coronavirus pandemic.

In a video message posted to Twitter on Thursday night, NYPD Commissioner Dermot Shea said, “Today, we lost one of our own.”

“We have lost a member of the NYPD family,” said Shea, “and our thoughts and prayers go out to his family.”

On Facebook, Dickson’s widow, Debbie, posted a photo of the pair smiling and embracing.

“This is how I want to remember my husband,” she wrote. “Never expect u would leave me this soon.”

“U r and will always be my true love,” she said. “Until we meet again, my baby.”

Police described Dickson — a native of Guyana, according to his Facebook page — as a “revered” member of the department who had first joined the NYPD in 2006.

In the aftermath of Hurricane Sandy in 2012, Dickson worked for 17 days straight, keeping 1 Police Plaza, the department’s famed lower Manhattan headquarters, safe and clean for his colleagues, even as the neighborhood around the building was plunged into darkness for days after the storm struck.

In a photo from the time provided by the department, Dickson still had a smile on his face during those trying days. 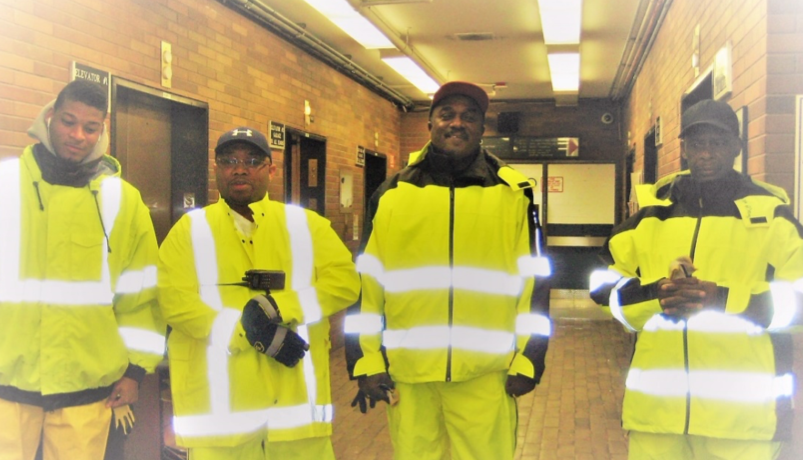 Dickson (second from right) working in the aftermath of Hurricane Sandy.

As COVID-19 presented another crisis for the city, Dickson again stepped up, working to disinfect 1 Police Plaza before he himself fell ill.

“Mr. Dickson was again on the front line cleaning and disinfecting 1 Police Plaza so that our personnel could be here safely, allowing them to continue to serve the people of the City Of New York,” police officials said in a statement.

According to the NYPD facilities team, custodians have been busy disinfecting hard surfaces that officers and staffers might touch throughout their day in police buildings, including doorknobs, elevator buttons, and staircase railings. 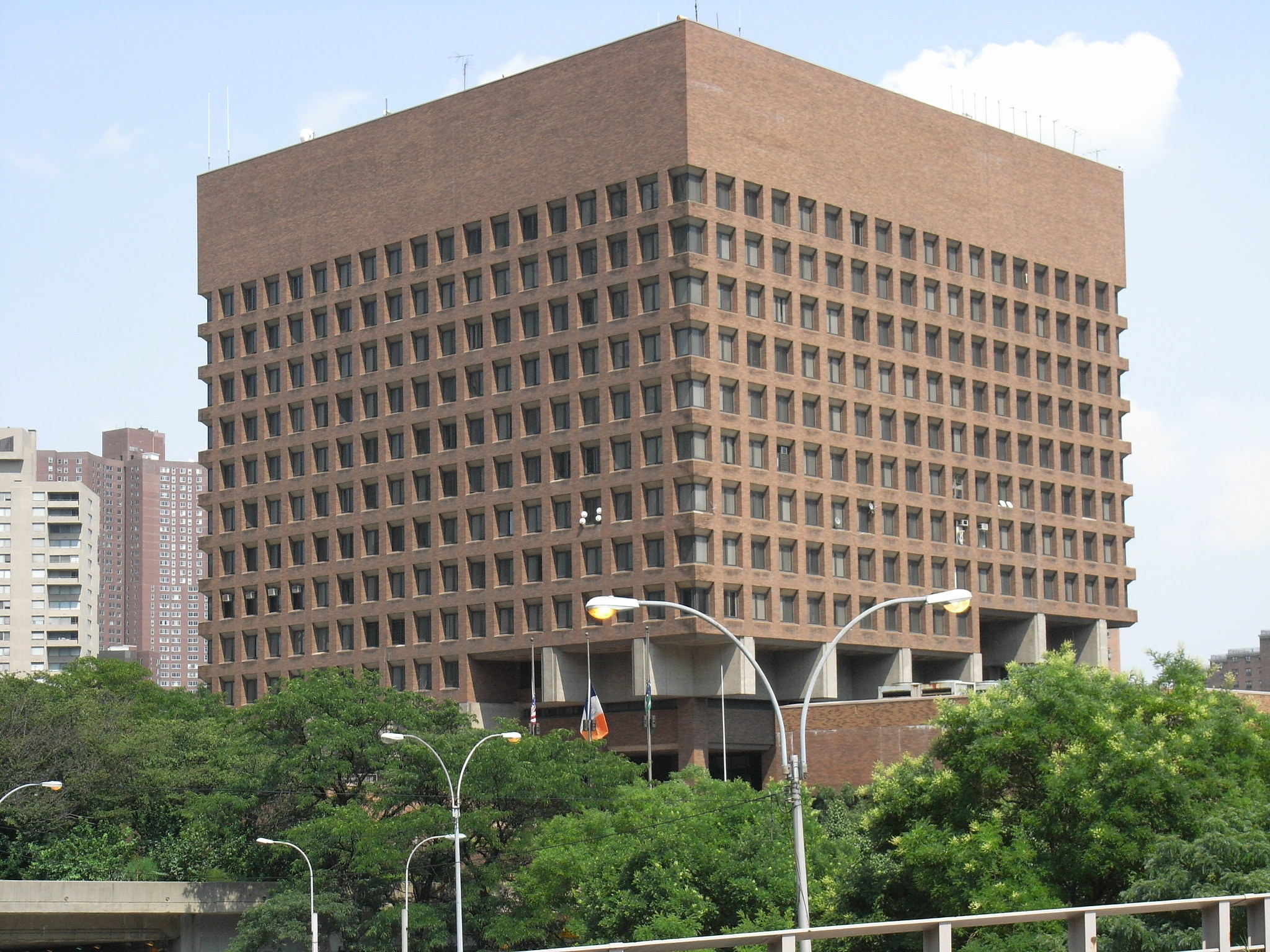 One Police Plaza in Manhattan, where Dickson worked as a member of the custodial staff.

As of Thursday night, the NYPD reported that 351 employees — 294 uniformed officers and 57 civilian staff members — had so far tested positive for the coronavirus. As of Friday morning, CNN was reporting that NYPD sources were telling them that the number had jumped to 512.

On Facebook, Dickson was also remembered by his mother-in-law, Christine Fernandes.

Referring to Dickson by his nickname, Double D Sexy, she spoke of her “profound sadness and deep regret.”

“May his soul rest in peace and rise in glory,” she wrote. “Just sleep on.”