Debenhams employs 12,000 staff at its 124 UK stores – but all of these are at risk as the 242-year-old firm failed to find a buyer after going into administration earlier this year. JD Sports looked poised to save the firm but talks for the rescue takeover collapsed today. The sportswear chain pulled out of talks amid news that Debenhams’ biggest supplier, Sir Philip Green’s Arcadia Group, was also facing difficulties.

The update to the City read: “JD Sports Fashion, the leading retailer of sports, fashion and outdoor brands, confirms that discussions with the administrators of Debenhams regarding a potential acquisition of the UK business have now been terminated.”

Geoff Rowley of FRP Advisory, joint administrator to Debenhams and Partner at FRP, said in a statement: “All reasonable steps were taken to complete a transaction that would secure the future of Debenhams.

“However, the economic landscape is extremely challenging and, coupled with the uncertainty facing the UK retail industry, a viable deal could not be reached.”

Some 6,500 jobs have already been cut from the firm since May. The remaining staff are believed to have been told this morning that the department store would be folding.

Hilco, the restructuring firm which specialises in winding up retailers, is expected to start going into Debenhams stores from tomorrow to begin clearing stock. 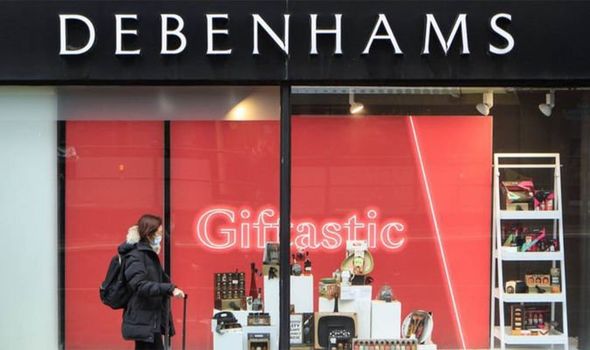 Which Debenhams shops are closing?

As yet, Debenhams has not revealed which of its 124 shops in the UK will close – but if a deal cannot be reached, it is expected all will have to cease trading.

Former Debenhams chairman Sir Ian Cheshire said he felt “desperately sorry” for its employees but said the firm was “caught in a straitjacket” with too many High Street outlets on long leases.

He added the store would be better with just 70 stores and a bigger focus on online sales, saying: “You’ve got to be so much faster and so much more online.”