Ben Gibbard from Death Cab for Cutie revealed that he wrote the haunting ballad, “I Will Follow You Into The Dark” during a quick casual lunch break. 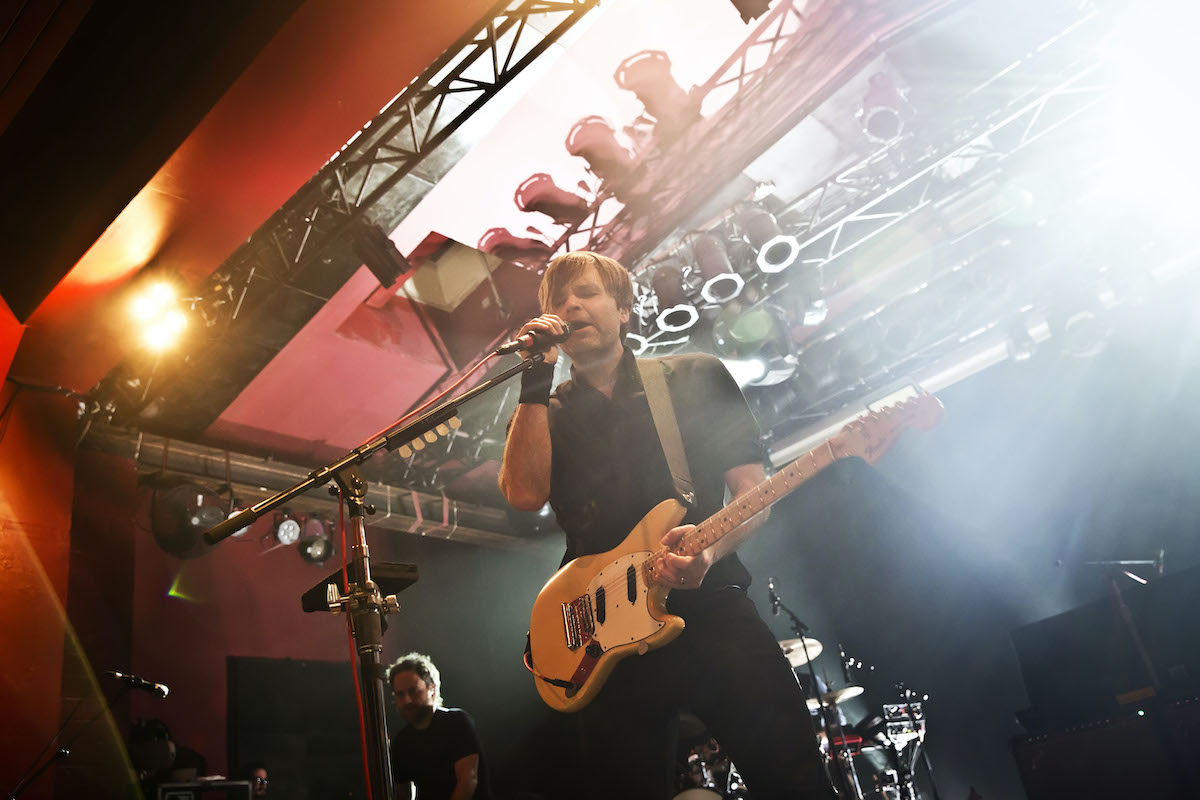 Pretty unexpected for such an existential rabbit hole piece of music. The tune deals with the unknowns of death entangled in losing a loved one. Since its release in 2006, “I Will Follow You Into The Dark” has been covered by dozens of artists. In 2019, Lana Del Rey joined Gibbard on stage to perform the song. But other artists like Halsey and Yungblud have independently covered the track.

Gibbard revealed he planned for a day of songwriting. But realized when he had crafted the perfect tune, he packed it in for the day. “One day, I went to work, had my lunch all packed, because I bring my own lunch, and I sat down to attempt to write a song,” he said on VH-1’s Storytellers, American Songwriter reports.

“I wrote this next song in about 15 minutes and I kinda took my lunch and put it back in my bag and went home because I realized there was no point in working the rest of the day,” he continued. “When people ask me about this song, I never feel like I can claim that I wrote it because you should never be able to write a song in 15 minutes, because I feel like I channeled the song but I didn’t necessarily write it. Thankfully, I was able to put my name on it.”

The song is about the most basic fear that haunts mankind – death. “I think what it is about ‘I Will Follow You Into The Dark’ that connects to people is the fact that we are all going to lose everyone in our lives,” Gibbard told NME. “Everyone in our lives is going to die. We too will die someday, and people will mourn us.”

‘I Will Follow You Into The Dark’ is a love song

Gibbard says that despite the dark overtones, the song is actually a love song. “Death is an ever-present fear,” he continued. “If not a fear, then an impending reality in our lives. We like to think that when people leave this life, we will see them again some day. Writing a love song that deals specifically with the inevitable death of one’s partner and that you will follow that person into whatever the afterlife is or is not, that’s something that people can relate to.”

“For me when I was visioning the song, the movie of it was forming in my mind,” he added. “The afterlife is literally just a dark room. I can only interpret the afterlife, if is there such a thing, as the absence of light.”

The song assures the dying partner that they will be followed “into the dark” whether there is a heaven or a hell. “I don’t personally believe in heaven or hell and have no way of knowing if there is something after this life, I’d like to hope that there is, but until I do then it’s a dark room because I don’t know what’s in it,” Gibbard said.