This is where tracking spotted Daniel Craig’s swan song as 007, and as we continually wrote, if Bond was going to overperform, it would mean that an overabundance of older moviegoers (45+) came out. Bond inherently is a property that skews older, and not younger like the Marvel properties. CNBC brazenly, and incorrectly, declared that No Time to Die was poised to make $100M at the domestic B.O., and that number was never in any rival studio or MGM/United Artist Releasing’s calculations. Even though advance ticket sales were outpacing Venom: Let There Be Carnage, in the pandemic era all box office forecasting has been thrown off course. That, in addition to the fact that in general, pandemic moviegoers make their decisions to go to the theater largely that day, not in advance.

The multiple release date changes on Bond and the publicity of the film being Craig’s last in the tuxedo certainly hyped up box office expectations, but understand that this was always IP intended for older moviegoers. It was never expected to be a Marvel movie, and many look back at Skyfall as an anomaly, given how it truly tapped into Bond’s past in a way that no other title in the franchise did. Rival distribution brass aren’t throwing any shade on No Time to Die‘s opening, even though it’s the third-best, currently behind Skyfall ($88.3M) and Spectre ($70.4M); in fact, they’re thrilled.

"In an October where Venom 2 can open to $90M, then Bond to $60M, Halloween Kills to $40M, and Dune to $30M+, that’s fantastic," said one non-MGM suit to me yesterday. Again, Monday morning isn’t a time for streamers to take a victory lap: Moviegoing is waking up, especially coming off of last weekend. Consider the fact that No Time to Die‘s opening is right around where Mission: Impossible – Fallout ($61.2M) and Mission: Impossible – Rogue Nation ($55.5M) opened stateside. That’s the wheelhouse for these older-leaning spy action films. 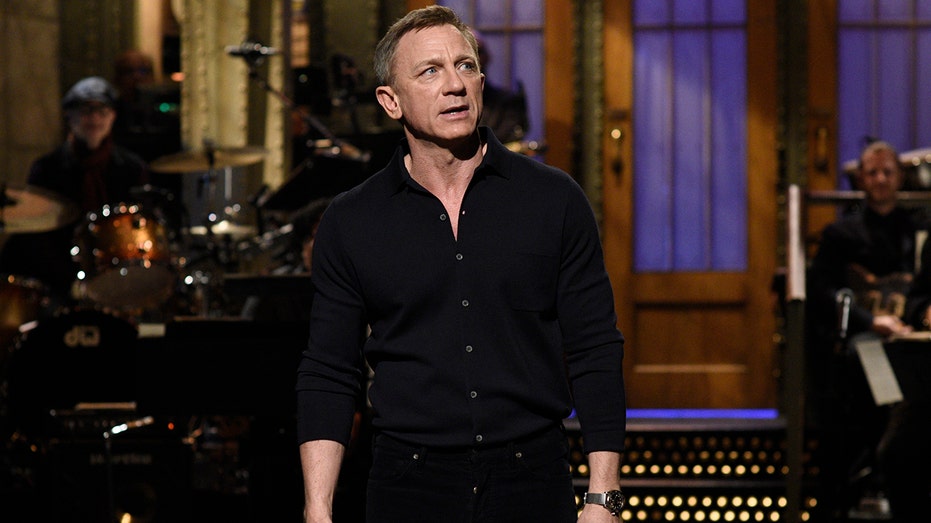 ‘No Time To Die’ starring Daniel Craig grossed $23.3 million on its opening day in the United States. (Getty Images)

Other things to know about Bond:

–This is the longest Bond ever at 2 hours and 43 minutes. While time never slowed down box office for the latest Star Wars or Avengers movies, it does play into whether or not the older folks come out. Comscore/Screen Engine shows that 37% of No Time to Die‘s ticket-buyers were over 45, proportionally a higher share than Spectre‘s 29%.

–Bond always makes his lion’s share abroad, and many are very encouraged and thrilled by the pic’s offshore estimated tally through last week of $150M. Nancy will have an update soon on how No Time to Die is doing this weekend. Seventy-seven percent of Spectre‘s global B.O. came from foreign, 73% for Skyfall, 71% for Quantum of Solace, and 73% for Casino Royale. I hear the Imax holds in offshore markets are fantastic: ~-20% on Scandinavia, -30% in the UK, and -20% in Singapore and Taiwan.

–The latest Bond gets an A- CinemaScore, which is the same as Spectre, Casino Royale, and even Pierce Brosnan’s finale as Bond, Die Another Day. It’s higher than Quantum of Solace, the lowest-graded of the Craig movies at B-, yet under Skyfall, which landed an A. No Time to Die clocked an 81% positive score on PostTrak, and a 62% definite recommend. Males came out at 64%, with 57% over 35. Fifty-two percent were Caucasian, 17% Latino and Hispanic, 13% Black, and 18% Asian/other. The movie played best on the coasts, and saw Imax and PLFs delivering close to 40% of its ticket sales to date.

–Bond movies are a slow burn at the box office, and known for their legs. Casino Royale had over a 4x multiple off its domestic opening, Skyfall 3.4x, and Spectre close to 3x. Second weekend holds on previous Craig Bond pics were -52% on Spectre and -53% on Skyfall.

EntTelligence reports that approximately 4.5M patrons are estimated to see No Time to Die this weekend.  Over 400k came out during pre-release shows. Last weekend’s Venom: Let There Be Carnage had 24% more seats in Large Format and 17% more overall next to No Time to Die, which is also on account of the Sony/Marvel title’s shorter run-time. On opening day, 22% of patrons saw No Time to Die in Large Format vs. Venom 2‘s opening day which saw 26% from those auditoriums.

Sony’s Venom: Let There Be Carnage took in $8.85M on Friday, -76% from a week ago, on its way to a $31.1M second weekend, -65% for a running total by EOD Sunday of $140.8M, which, compared to the first Venom‘s ten-day running total, is just -1% behind; which is really great. Right there that speaks volumes about the state of moviegoing, and the expanded marketplace. The first Venom saw a second weekend decline of -56% of $35M.

‘NO TIME TO DIE’ REVIEW: DANIEL CRAIG DELIVERS A THRILLING AND EMOTIONAL EXIT TO HIS JAMES BOND

Busting into the top 10 this weekend is A24’s horror-fantasy Lamb, from Valdimar Jóhannsson and starring Noomi Rapace. The movie, which debuted In Certain Regard at Cannes and has 88% certified fresh on Rotten Tomatoes, follows a childless couple in rural Iceland who make an alarming discovery one day in their sheep barn. They soon face the consequences of defying the will of nature. Booked at 583 theaters, the pic chalked up a $415K Friday on its way to an estimated $1.1M opening. On the plus side, it’s a number that’s ahead of the $1M debut of Focus Features’ The Card Counter, which opened to $1M at 580; that pic only legging out to $2.6M. On the downside, I hear the core runs in NY, LA and Boston were halfway decent.

Greenwich Entertainment has Jimmy Chin and Elizabeth Chai Vasarhelyi’s NatGeo feature The Rescue in eight markets and five screens. I hear the pic did a great $12,9K at the Angelika in NYC. The pic, about the Thai Cave rescue, did around $25K on Friday, and could do around $81K for the opening weekend, for a notable pandemic $16,2K per screen. The docu is 98% fresh on Rotten Tomatoes.